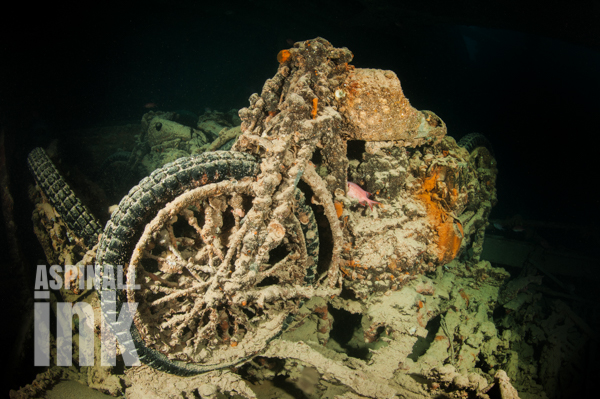 Following my post about shipwrecks as reefs, I thought I’d share a few images and a bit of history about the SS Thistlegorm, possibly one of the most famous wrecks in the world. 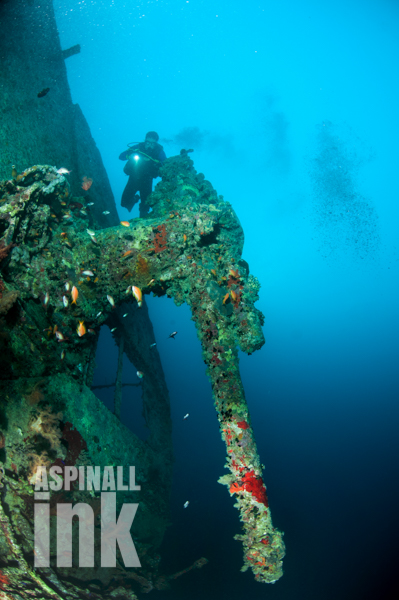 The Thistlegorm, built in Sunderland in the UK and launched in 1940, was en route to Alexandria in Egypt when she was sunk by Nazi aircraft on the 6th of October, 1941. She’d left Glasgow with a mixed cargo of materiel on the 2nd of June, had rounded Cape Horn, and was at anchorage waiting to proceed north to the Suez Canal to resupply allied troops. 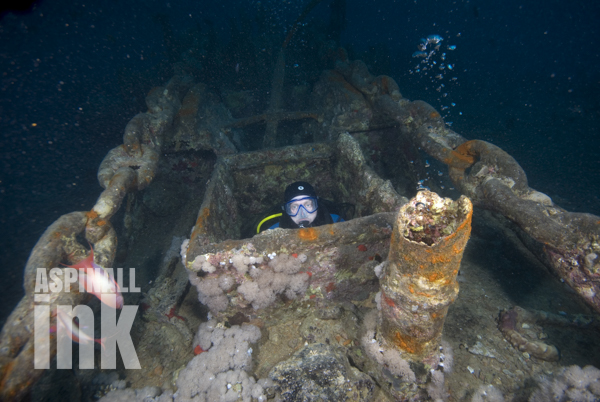 diver in the foc’sle

Luftwaffe aircraft stationed on Crete (on an unsuccessful mission to other targets) happened across the Thistlegorm and dropped two bombs on her. The resulting explosion went on to detonate much of the armaments she was carrying, ripping her open and taking the lives of nine men. 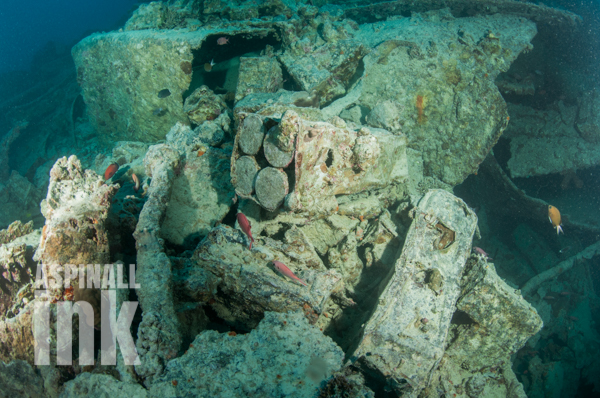 Following her sinking, the ship was lost until a certain Frenchman by the name of Cousteau found her in the mid-1950s. She was forgotten again by everyone but local fishermen, until the 1990s, when recreational diving in the Red Sea took off. 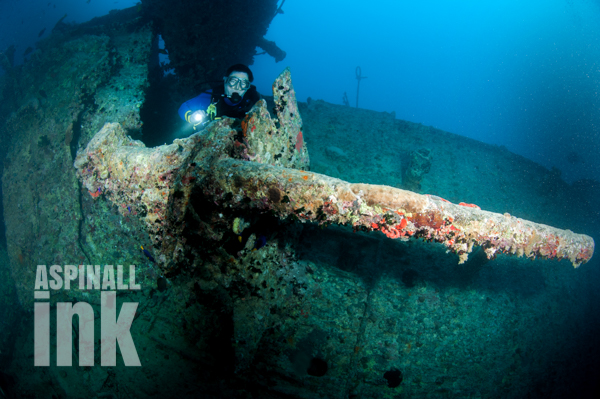 Today the wreck is visited by hundreds of divers a day and continues to suffer from high oxygen content gas bubbles, badly moored dive boats, and divers’ fins. Even so, she is a great dive.

When she blew, the explosion launched two steam locomotives she was carrying on her deck into the air. Both can be visited and both sit upright with smoke boxes and bogey wheels clearly visible. 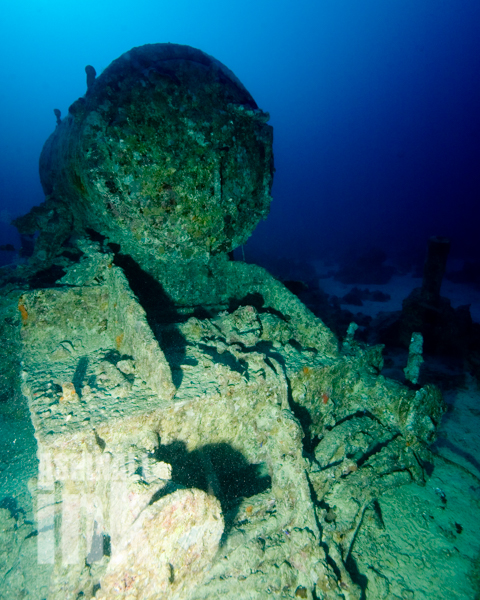 At the ship’s stern, divers often pose with the ship’s anti-aircraft and deck gun, both seemingly far too small for a valuable cargo. 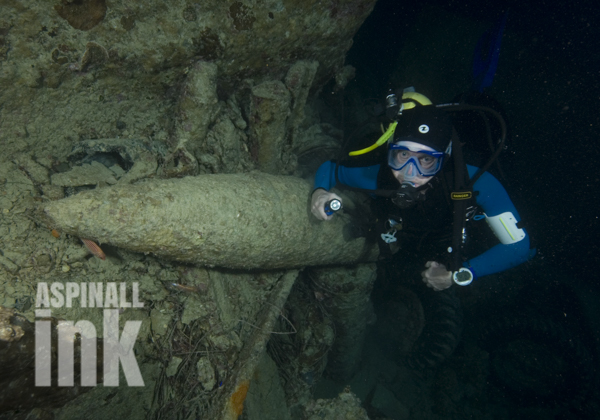 It’s inside the holds, though, that the real treasure is kept: cases of rifles, motorbikes, trucks, cases of shells, aircraft parts including Spitfire wings, and a whole host of other materiel intended to support the fight against the Nazis. However, much of the literature on the Thistlegorm needs to be re-written, as recent work to better identify the tucks and vehicles casts doubt on the information given to dive guides during their briefings. 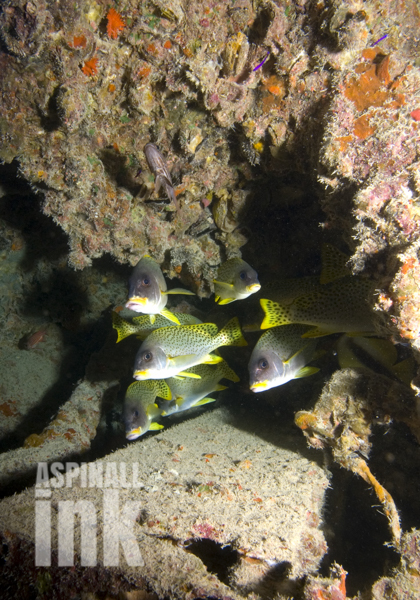 As for marine life, well the Thistlegorm is not what it was; it is decaying and gone are the huge amounts of soft coral that once graced the railings at its bow, indeed the railings are gone too. It does, however, make a brilliant night dive, when all the critters that call it home come out to feed. From under every deck plate, a boxer shrimp waves its tentacles and in the holds, lionfish hunt glassfish. During the day, the holds act as caves to the soldierfish that welcome the darkness.