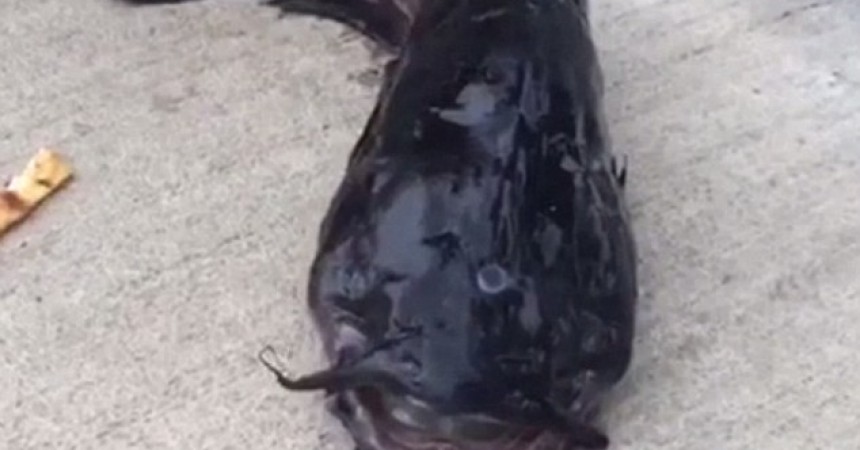 The Gowanus Canal is certainly not a canal you would want to step foot in. The 1.8 mile canal is located in Brooklyn, New York. Once a busy transportation gateway, it is now recognized as one of the most polluted bodies of water in the United States and is a run off point for gallons of sewage and wastewater from New York. The Environmental Protection Agency has labeled it one of the ‘most extensively contaminated’ waterways in the country. It gained even more notoriety when environmentalist Christopher Swain swam the cancel, while decked out in protective gear, to bring attention to the dire condition of the canal. The EPA warned him against this swim based on the high levels of bacteria, pollution and other unmentionables. This situation clearly begs the question why someone would think it was a good idea to go fishing in this canal. Alas, a man fishing in the canal on Sunday claims to have caught a three eyed fish residing there, apparently planning to eat it for dinner. He probably changed his mind once he noticed the third eye. Of course the story is stirring up controversy on the internet, on whether or not the video posted to is legitimate. MORE