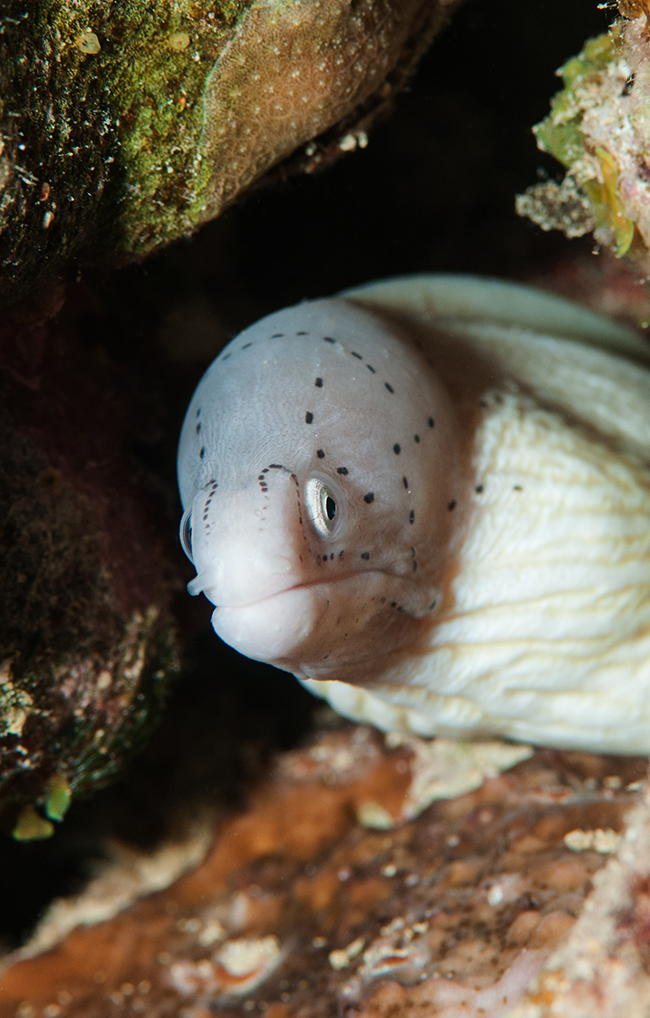 Divers tend to be great fans of moray eels, and we spend a lot of time pointing at them and indicating to our buddies with the well-known “moray” hand gesture, which resemble a set of jaws snapping shut, that would probably serve for ‘ostrich’ and ‘naked sock puppet’ as well.  Most divers are obsessed with the big ones; the Giant (Gymnothorax javanicus) at over two meters is certainly impressive, but I really like the smaller, more delicately-marked species.  The best is G. griseus, the Grey Moray. 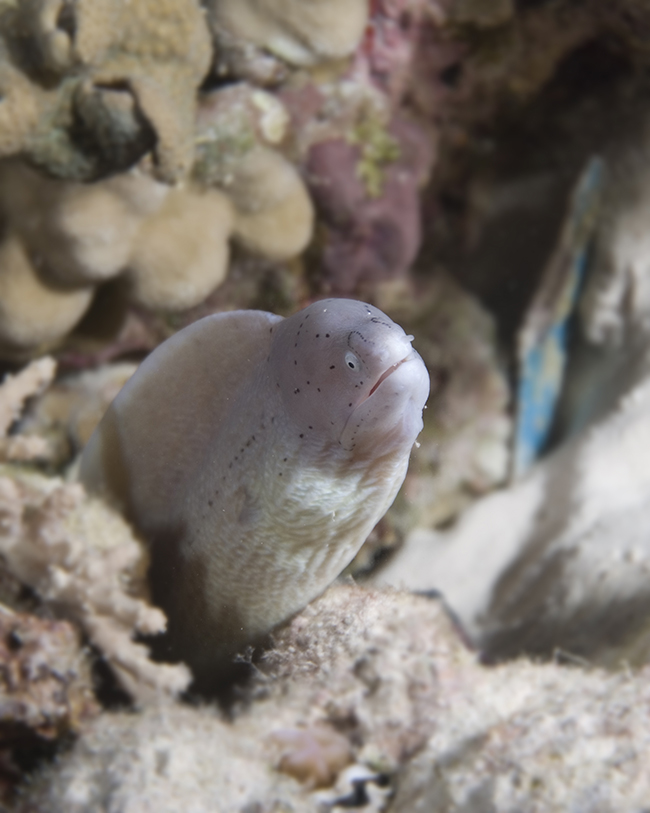 G. griseus is also known as the Geometric Moray, though some sources refer to the Grey Moray as G. pictus.  So confusion can occur. I’m talking about the sixty-centimeter or so light grey fish with black spots on its snout and head. 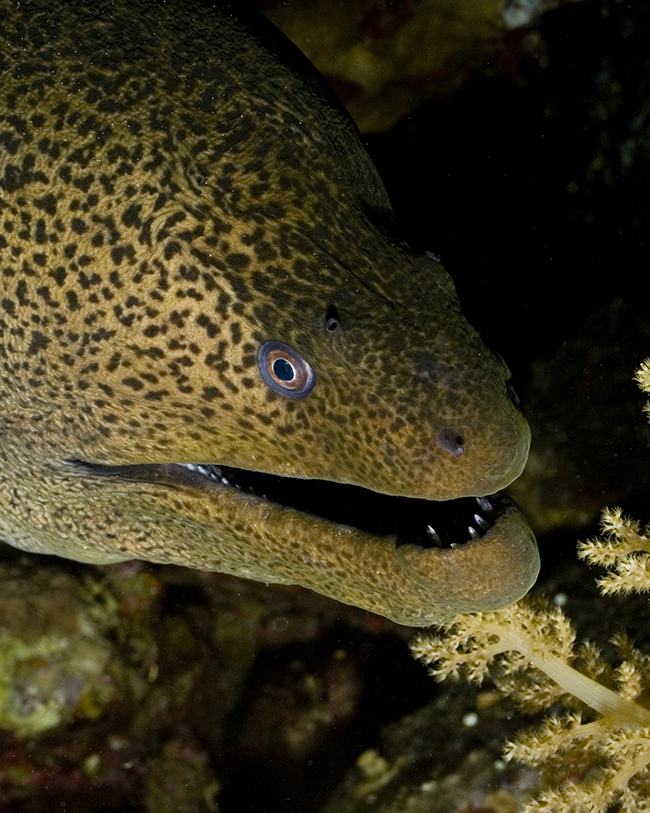 While the fish are found in depths up to thirty meters, they are also quite common in the shallows and can on occasion be seen hunting in tidal regions where the water may be only a few inches deep.  This no doubt causes some folks to think they’ve seen a sea snake. 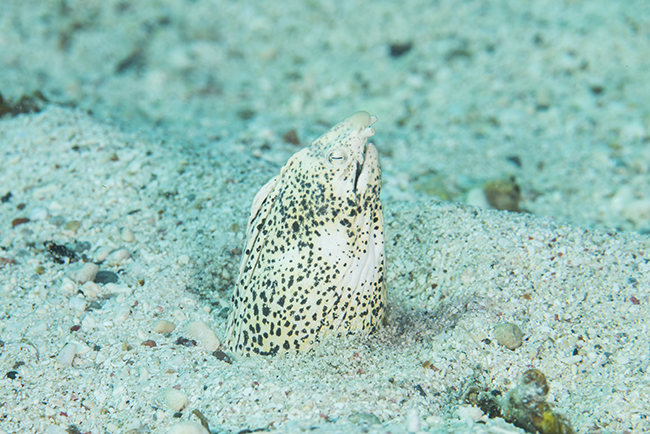 I find Morays quite confusing to ID without a decent photo, but out of the 120 or so species,the one pictured below is pretty easy to spot. 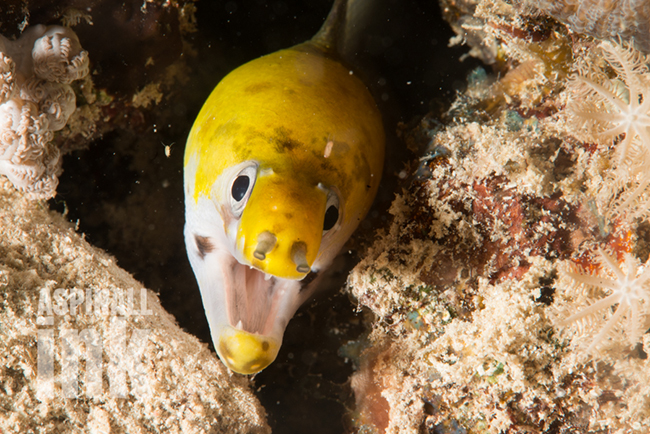 Yellowhead Moray (G. ruppelliae) . At least this one is easy to ID.