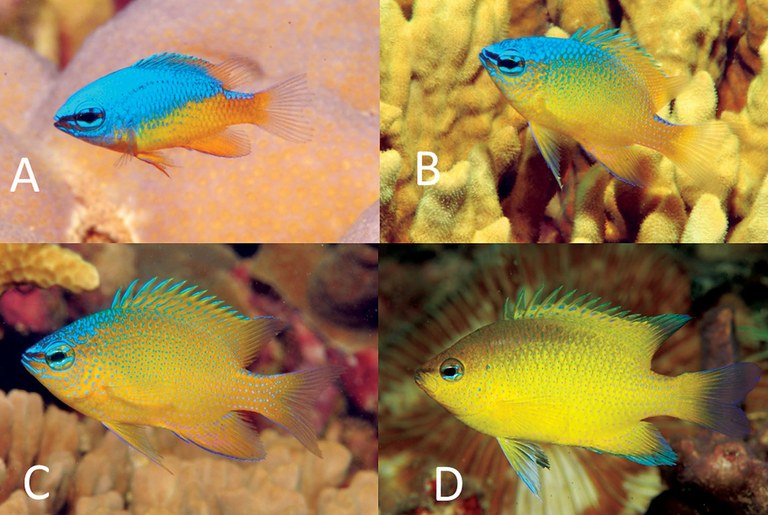 Chrysiptera maurineae is known only from the western portion of Cenderawasih Bay in West Papua, Indonesia.  This isolated location is renowned for its number of endemic species.  The photos above show the transient stages of C.maurineae from juvenile through adulthood.

Chrysiptera ellenae is only known from sheltered waters at Raja Ampat Islands of West Papua, Indonesia.  Unlike the other two newly described damselfish species, C.ellenae remains mostly blue in coloration for its entire life cycle.

Chrysiptera papuensis is restricted to the northeastern section of Papua New Guinea, hence its taxonomic name.  Photo (A) is a juvenile, photo (B) is a subadult, and photo (C) is an adult specimen.

All three species are described in the latest publication of The Journal of the Ocean Science Foundation.  All photographs are credited to Gerald R Allen (C.C.-BY).