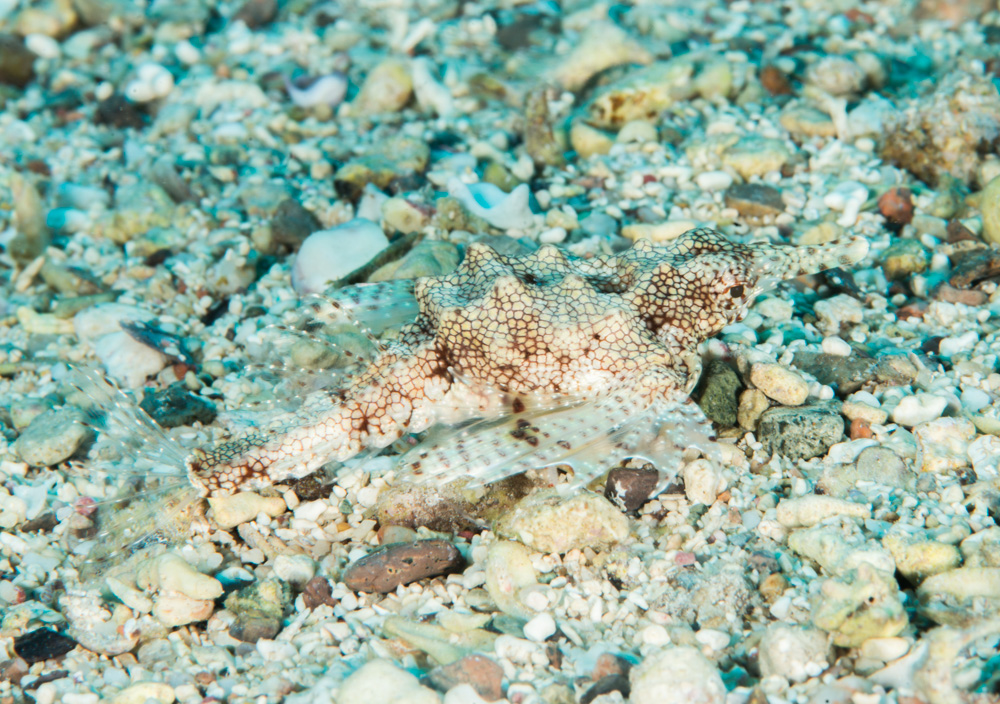 It’s remarkable what you can find when you’re looking for seahorses.  That’s because seahorses are very, very hard to find.  I’ve had plenty of dives in which I spent an awful lot of time failing to find these small, well-camouflaged little fish.  This may surprise aquarists who are used to seeing captive-bred seahorses in their fish stores, but within the diving community, spotting a seahorse on a dive is rare.  However, on occasion, failing to spot seahorses can allow you to spot other oddballs instead. 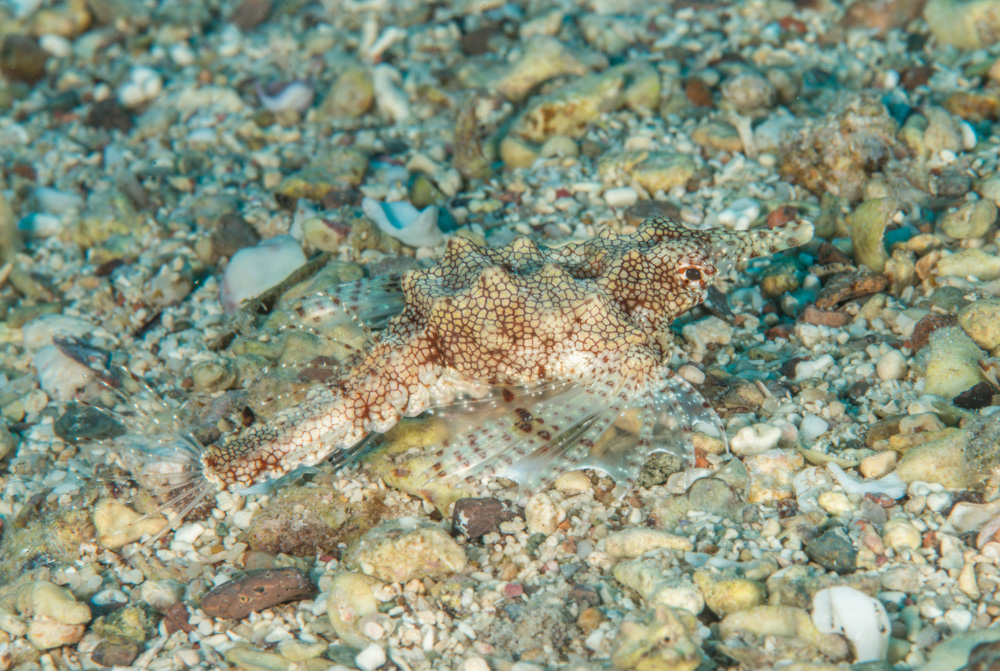 I found all of these fish on one dive in shallow waters in the Red Sea.  The first fish I came across was the Sea Moth, an odd flattish fish from the Pegasidae family that sits within the Sygnathiformes order, so a distant cousin of seahorses. 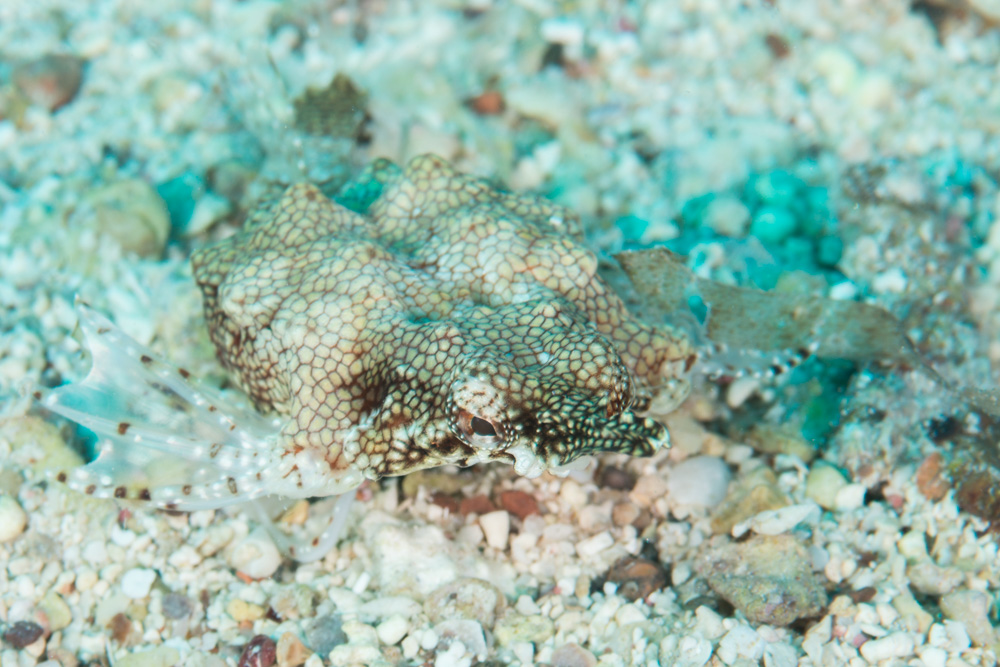 This downright odd looking character is possibly more common than people realize, due to its excellent camouflage.  It moves very slowly using its modified pectorals to ‘walk’ across the seafloor, a little like frogfishes, hunting for small crustacean prey. 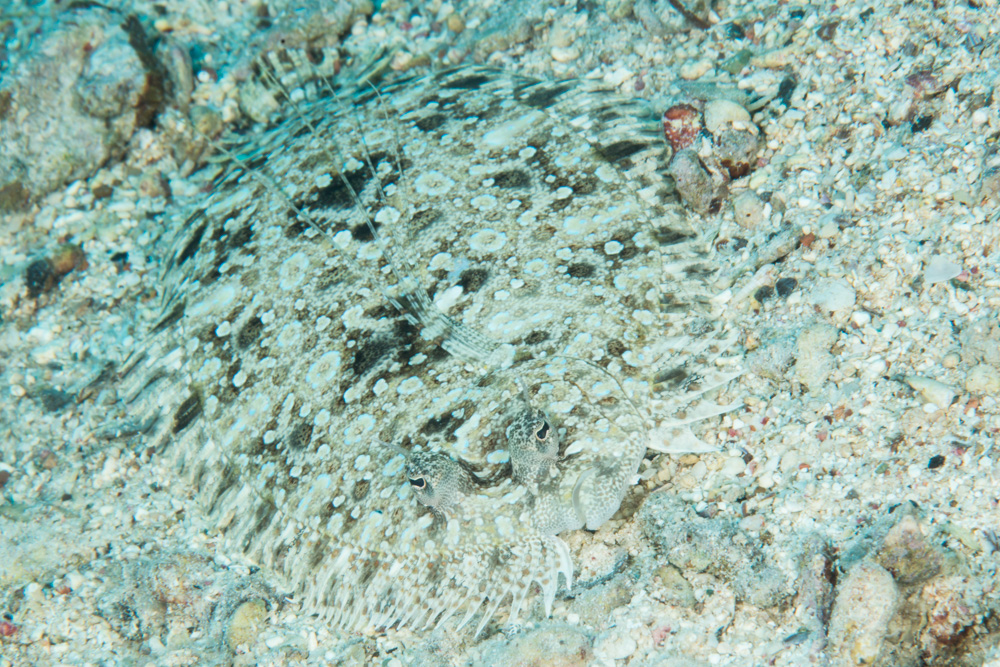 My second fish is not as odd as the Sea Moth, but is still a little strange.  The Panther Flounder spends its days partly covered in sand and gravel.  The male will attract females by raising and lowering its pectoral fin, which in this rotated and flattened grip of fish could be confused for a dorsal.  Again, this is a species that you can swim past without spotting it. Indeed I have often only seen them when they move to get out of my way. 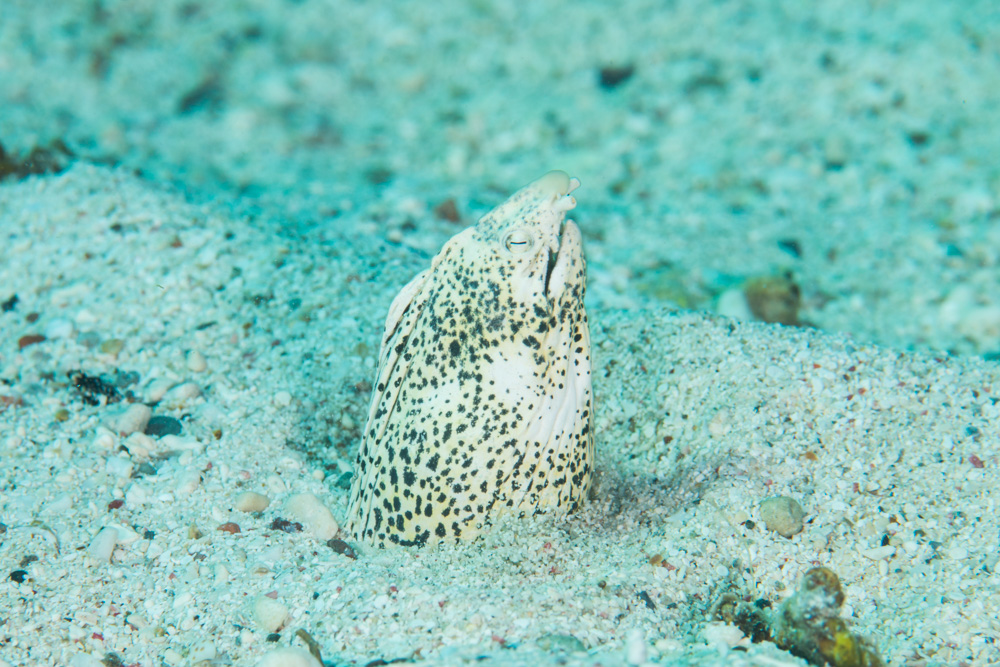 My final fish is a Marbled Snake Eel.  This fish spends its days buried in the sand but when free-swimming is occasionally confused with sea snakes.  The related Banded Snake is considered a mimic of the Banded Sea Snake, though sea snakes are absent from the Red Sea.  Both eel species are found across the wider Indo Pacific.