Too much of a good thing can be bad for corals 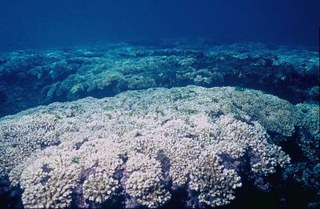 
A new study by scientists at the University of Miami (UM) Rosenstiel School of Marine & Atmospheric Science shows that corals may be more severely impacted by climate warming when they contain too many symbiotic algae. The single-celled algae living inside corals are usually the key to coral success, providing the energy needed to build massive reef frameworks. However, when temperatures become too warm, these algae are expelled from corals during episodes of coral ‘bleaching’ that can lead to widespread death of corals. Until now, it was thought that corals with more algal symbionts would be more tolerant of bleaching because they had ‘more symbionts to lose.’ The new study shows that the opposite is true.

“We discovered that the more symbiotic algae a coral has, the more severely it bleaches, showing that too much of a good thing can actually be bad,” said Ross Cunning, Ph.D. student and lead author of the study. “We also learned that the number of algae in corals varies over time, which helps us better understand coral bleaching risk.”

His research was conducted using cauliflower coral (Pocillopora damicornis) collected from the Pacific coast of Panama. The corals were monitored for six months at the UM’s Experimental Hatchery, where they slowly warmed up and ultimately bleached. The number of symbiotic algae in the corals was studied by analyzing DNA samples with new highly sensitive genetic techniques that determine the ratio of algal cells to coral cells. This improved technique made the discovery possible by showing that corals with more algae bleached more severely than those with fewer algae.

“Corals regulate their symbionts to match the environment in which they are found, and this study shows there is a real cost to having too many,” said co-author Andrew Baker, associate professor at UM’s Rosenstiel School. “There are real-world implications of this. Corals will be more vulnerable to bleaching if they are found in environments which increase the number of symbionts, such as coastal reefs polluted by wastewater and runoff. If we can improve water quality, we might be able to buy some time to help these reefs avoid the worst effects of climate change.

“Other environmental changes, including ocean acidification as a result of increasing carbon dioxide emissions, might also influence bleaching vulnerability in ways we haven’t thought of before,” Baker added.