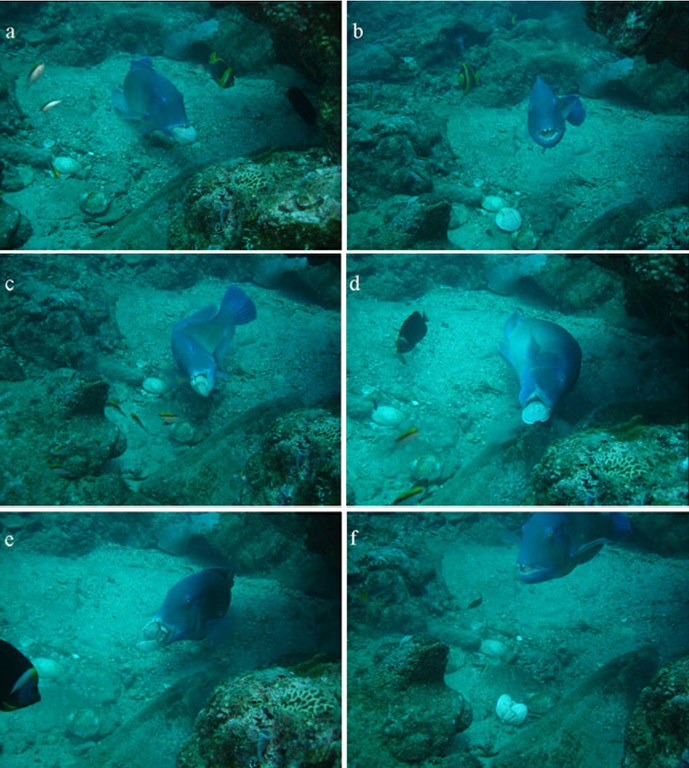 Series of images showing a Tuskfish using a rock as an anvil to crack open a cockle shell.


In the above time-lapse photos spanning roughly 75 seconds, diver S. Gardner photo-documents a black spot tuskfish, Choerodon schoenleinii, using a stone as an anvil to break open a cockle shell.  In the photos, the tuskfish grasps the cockle shell in its mouth and rolls repeatedly onto its left and right sides bashing the shell onto a large rock until it finally cracks open. Many other cockle shells are also strewn about the area and can be seen in the photos.  According to the authors, usage of the rock as an anvil in this situation could be interpreted as tool usage and is an intriguing start to further study into tool usage among marine fish.