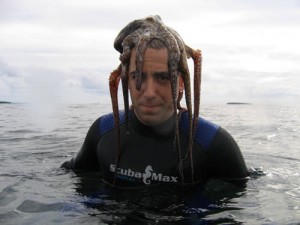 Here we go, guys, the final round of my Top Five! This particular speaker sparked my interest not too long ago, based not only on the strides he’s made in the aquarium industry and his fascination with my absolute favorite thing ever- Cephalopods, but for how he came to be the Octo-Guru he is today. Richard Ross, Senior Biologist at the Steinhart Aquarium in the California Academy of Sciences, actually kicked off his career in a comedic fashion in the form of juggling and improv while pursuing a degree in Philosphy instead of the expected field of Biology. Eventually establishing himself as a full -time entertainer, he also began exploring the arts of glass blowing, founding his own glass blowing studio in Alameda, CA. After the birth of his daughter, Ross left his career as an entertainer and fulfilled the duties of a stay-at-home dad, where he was able to completely engulf himself in the beauty of the reef keeping hobby. He eventually made incredible breakthroughs in keeping Sepia bandensis, the Dwarf Cuttlefish, documenting the entire process. Rich began volunteering at the Steinhart Aquarium in 2003 after a divesting earthquake forced the animals to be moved to a holding facility. After years of volunteering and part-time employment, in 2008 he was offered an opportunity he could never turn down – the full-time position of managing their 212,000 gallon Philippine Coral Reef and associated exhibits. I haven’t had the pleasure of viewing this phenomenal system in person, but it’s on my list for this upcoming year. The reason this all fascinates me so much is I myself started of on a vastly different career path before I found myself here, writing this. While I’ve always had a passion for the ocean and it’s occupants, and my first job was scrubbing algae and doing water changes at the local fish store, I ended up following the culinary road, with a degree in Professional Cooking. Unhappy with the field I found myself itching to get back into Reefs, discovered my love for the Octopus, and quickly started following Ross’ career. Needless to say, I consider him a huge influence in my endeavors. This year, he’ll be speaking about Phosphate, what it means, and how it effects your reef systems and how it influences a thriving tank. It’s going to be riveting, I seriously am jumping up and down with glee for this one. For more about Rich and his career path, check his website here. 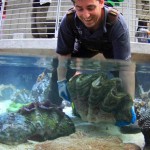 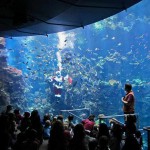