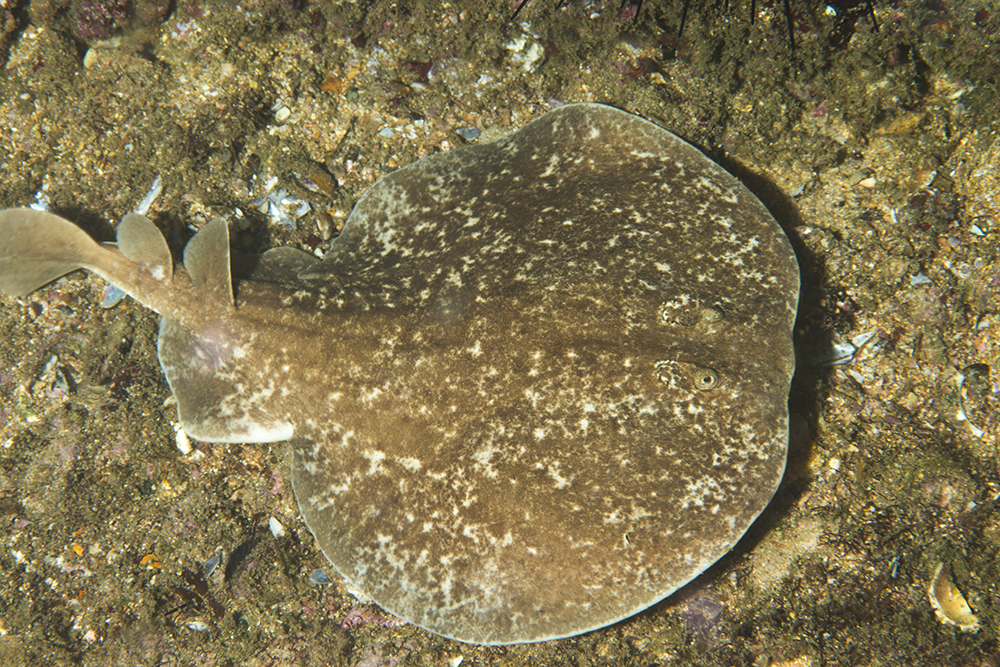 This dull looking fish, possibly Torpedo panthera, belongs to a genus of fish, named not after the modern day torpedo weapon, but actually for the numbness/paralysis they can cause after they deliver an electric shock.  The Latin ‘Torpidus’ means ‘paralyzed’.  In fact, the weapons are named after these fish!Torpedo rays are quite intersting fish and have played a role in history.  Some sources suggest that the electric organs within ‘electric rays’ inspired Alessandro Volta to create the first electric pile and thus the battery. 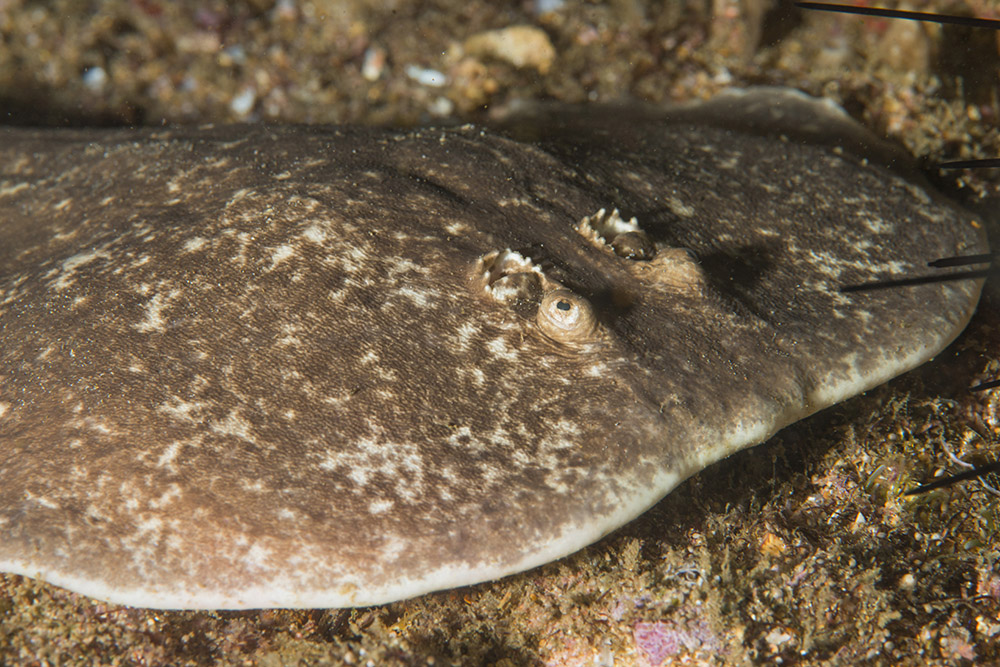 But how do the fish do it?

Being able to shock predators into paralysis is clearly a useful trick.  The charge of 20 to 50 volts is generated in the animal’s modified muscle tissue, known as electrocytes.  The largest Torpedo ray can generate 220 volts!

The ray has two ‘batteries’ of electrocytes arranged on either side of the main body. A charge is generated in the electrocytes by electrically charged ions being pumped across cell membranes (not dissimilar to how nerve impulses work).  Any predator touching the ray will receive a shock, especially on the dorsal surface, where the ray has only limited insulation.

The fish also use their electricity to stun and disable prey, and perhaps for navigation as well, being able to sense electric fields.

Encountering the fish underwater is not dangerous, I’ve never met anyone who has been shocked by one, but a quick search on YouTube reveals that the world is still full of idiots: