One aspect of the hobby that I enjoy just as much as the hobby itself is the travel associated with it. The road trips to see fellow hobbyist tanks and reef shops, trips to far away places in the US and even around the world. As part of these trips I often take my camera with me. For the next series of blog posts I’ll share some of the pictures and stories of these trips.

A few months ago, I was rather reluctantly dragged (yeah right !) to a road trip to Buffalo NY to visit Randy O’s store – A Reef Creation. Tony Plasters and Tom Snyder from Beyond the Reef in Bloomsburg, PA were heading off to visit A Reef Creation. I have known Randy the owner for a while and was well aware of his passion for reefkeeping, craze for named corals and coral farming. I knew it was going to be well worth the trip (almost 4 hrs each way) for a coral and fish geek. 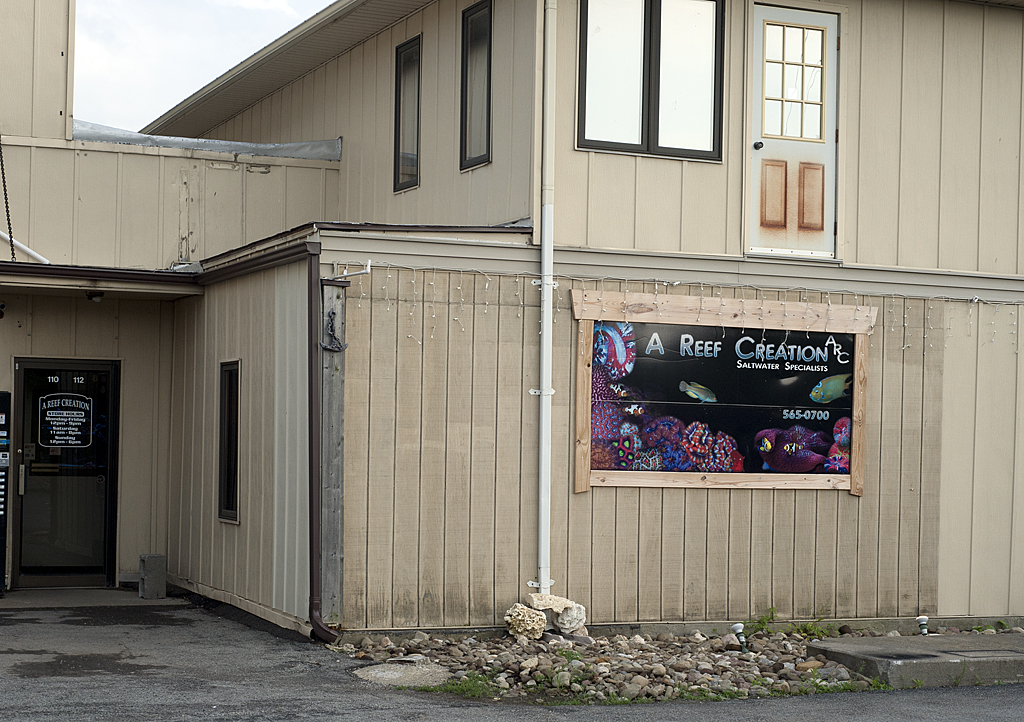 As expected the store was amazing. With over 10,000G of salt water, stocked with named corals, and exotic fish it is a reef hobbyist’s paradise.  From Pink Boobies to Sunny’s Ds, Rose Nebulas, LE Dragon Acro, Acans, LPS, Acro – you name it he pretty much had it. Unfortunately, the names do not mean anything to me, but the corals were spectacular.  They were store grown frags and well priced relative to what I see elsewhere. The display tanks in the store were immaculate and full of large colonies of some of the nicest corals. 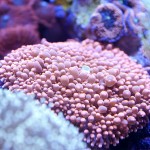 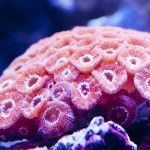 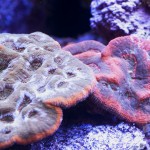 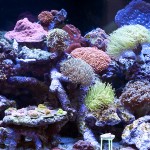 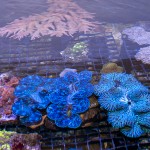 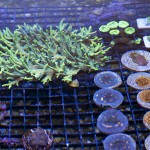 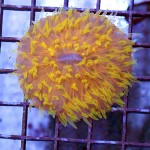 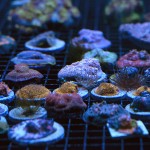 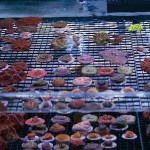 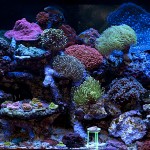 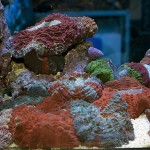 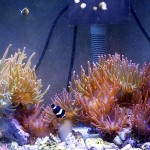 Additionally there was a great collection of wrasses and other fish, all very healthy and active, unfortunately I did not have enough time to photograph them all! 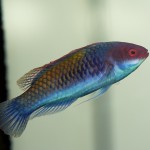 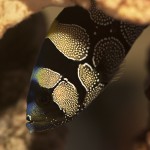 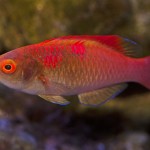 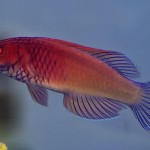 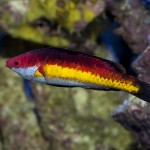 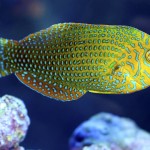 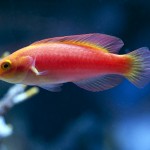 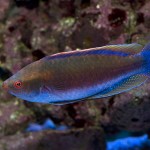 It is very hard for a coral-a-holic to leave such  a store without buying something. I ended up purchasing a purple/fuscia colored fungia, a Jason Fox Purple Green Cyphastrea, and a nice pumpkin colored leptrastrea. its a good thing that my home tank does not have much room for corals.

No trip is complete without sampling the local cuisine, especially when eating is another one of my guilty pleasures. We were enthusiastically recommended the 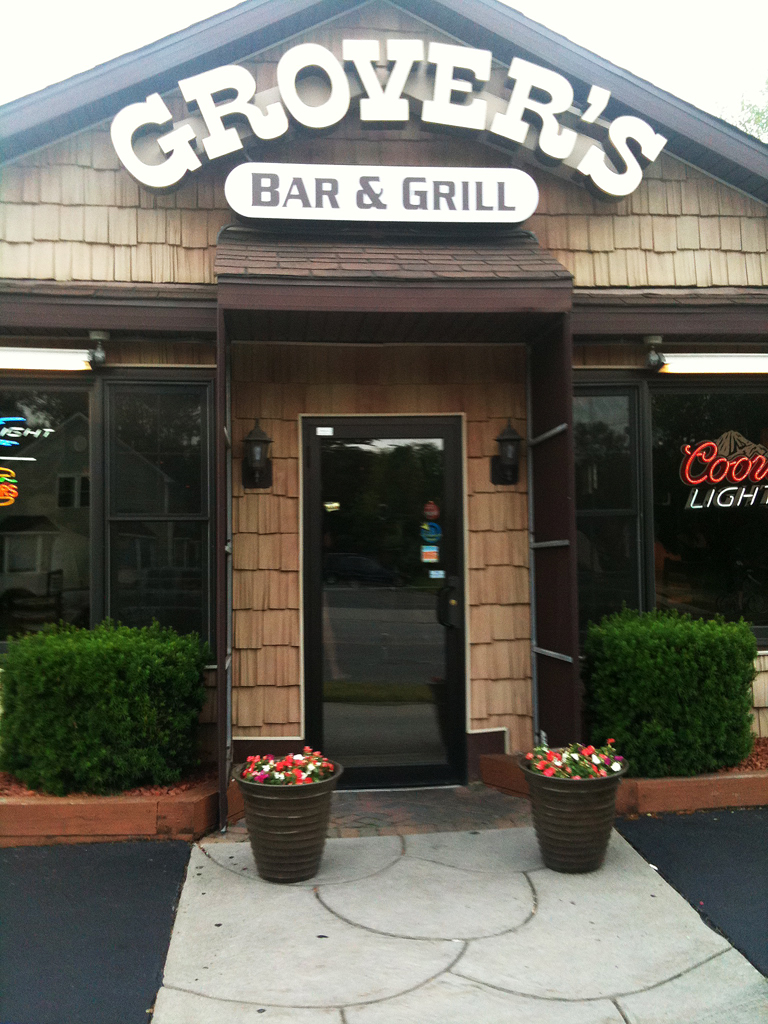 burgers at Grover’s Bar and Grill – place that was mention on Guy Fieri’s TV show Diners, Drive-ins and Dives. After a long wait, we finally got to enjoy the famous burgers.  No trip to Buffalo is complete without an order of Buffalo Wings to accompany the meal. They don’t take credit cards, luckily we were able to scrape up enough cash to barely pay for the meal.

Well, in case you are wondering why Buffalo and Bears ? Well, here is the Bear.  Returning home, much later than we had planned on dark PA country roads we came across what looked like a big dog laying by the side of the road.  Realizing 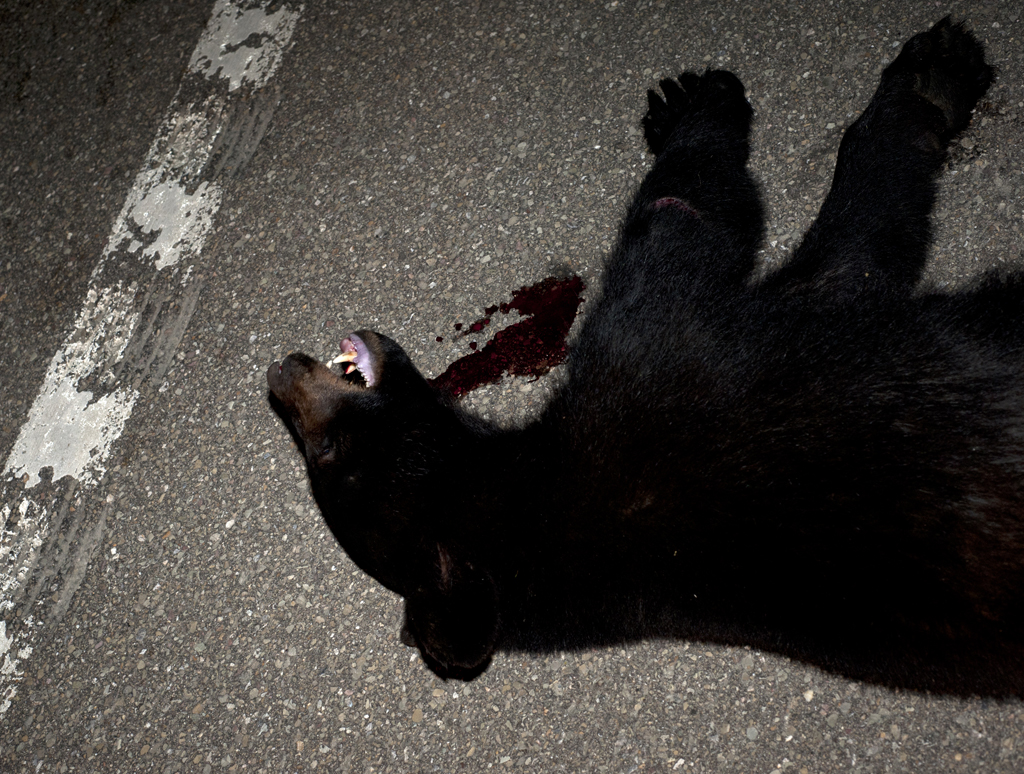 that it was not a dog, but a small bear we had to make a U turn since I wanted to take a picture of it.  It was a “dead” bear cub that seemed to have been hit by a vehicle. As I got out of the car and walked near it to take a picture, it moved and let out a groan. I jumped and ran back to the car with my friends yelling that the mother may be near by.  To make a long story short, lets just end by saying that the bear had to be euthanized to put it out of its misery and I’ll keep the gory details out of this post.