The Tripletail Is A Very Odd Aquarium Fish

There’s a very good chance that, unless you are a fisherman or a marine biologist, you have likely never heard of the Tripletail. But while it may be a decidedly obscure fish, it is most certainly NOT an inconspicuous one. Fully grown specimens can top out at up to four feet in length, and you can find this hulking beast gently floating about in warm waters across the globe. However, one place where you typically won’t see it is in an aquarium.

There are only two recognized species of Tripletails at the moment. Lobotes surinamensis is generally referred to simply as the Tripletail and is said to occur in both the Atlantic and Indo-Pacific, with the exception of the Eastern Pacific Ocean, where it is replaced by Lobotes pacificus. But… the situation is probably a bit more complex than that, as genetic data appears to indicate that the Atlantic and Pacific populations are fairly distinct. Until a full study of this genus from across its range is conducted, it’s perhaps safest to say that we really don’t know the full extent of this group’s biodiversity, though whatever differences might exist across the world’s oceans are seemingly quite subtle.

Also unclear is the relationship this group has among the many other generically percoid-looking fishes. Lobotes has usually been accepted to represent its own unique family, but it’s closest relatives have been rather shrouded in mystery. The popular freshwater aquarium fish Datnioides is a likely sister group, and you’ll occasionally see these referred to commonly as freshwater tripletails. Another probable cousin is Hapalogenys, the barbled grunters, and all three of these groups have now been combined into the recently recognized Order Lobotiformes. All are, to varying extent, fairly robust, predatory fishes which regularly occur in brackish coastal waters. 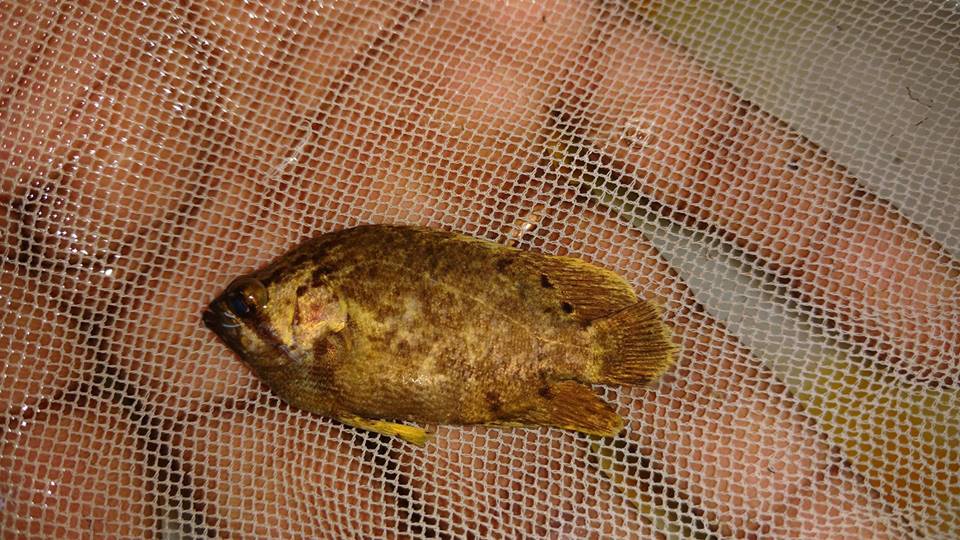 As an aquarium fish, Lobotes is almost unheard of. It does apparently show up on rare occasion, but you’ll find scant information regarding its husbandry requirements. The average size of an adult specimen is in the neighborhood of 80cm (though they do get larger than this), and juveniles can reach over 30cm within their first year. That is to say, this is a big fish, and it gets big quickly. Realistically, only the most absurdly large of aquariums can be considered as appropriate for a mature tripletail, making this a fish best left to public aquariums. But, at least based on the above video of a specimen maintained successfully for eight months in a FOWLR community tank, there doesn’t seem to be any particular challenge to keeping Lobotes other than its eventual size.

One of the most fascinating tripletail traits is its peculiar swimming style, or, rather, its lack thereof. Though Lobotes can be encountered as deep as 70m, it seems to be most regularly found floating languorously just beneath the water’s surface. With its immense, flattened shape, cryptic coloration, and rather unfishy silhouette, it’s not hard to imagine how smaller species might mistake it for just another piece of flotsam on the open ocean. But woe be to the fish which seeks refuge beneath the tripletail.