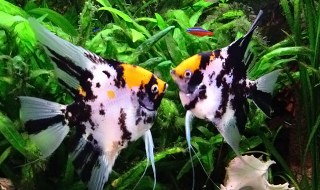 If captive bred tropical fish in the United States and Canada are hard to find during winter months, it’s because Florida is suffering its third consecutive super-cold winter.  In parts of Florida, temperatures once over 80 degrees F (26.6C) can suddenly drop below 20 degrees F (-6.66C) in a matter of two weeks.  Prolonged exposure to temperatures below 50 degrees F (10.0C) often means mass mortalities for tropical fish bred in the Sunshine State.

The winter of 2010 was particularly harsh.  Florida ornamental fish farmers lost between 80 and 100 percent of their stock when temperatures dipped below 50 degrees F for eleven consecutive days in January 2010 with an encore in December 2010. Floridian coral reefs were also devastated by the record breaking low temperatures, with a study published in PLoS Biology reporting that the coral mortality rate shot up to 11.5 percent compared with 0.5 percent in the previous five summers, making 2010 even worse than the 2005 heat-induced bleaching event.

The Arctic chill is back again this January 2012, but Floridia’s fish breeders and coral reefs dodged the first bullet; Last week, temperatures dropped close to freezing in some locations but quickly warmed up.

Some tropical fish farmers now try to sell off most of their inventory by November in order to minimize losses. Remaining fish are removed from outdoor ponds into sheltered vats.  Broodstock are also protected during the winter months to ensure breeding pairs and speedier recovery when Spring returns.

For the sake of coral reefs and fish farms, let’s hope Florida’s cold spell is not too severe this year.