Tropical fish may have the most delicate lil’ hearts 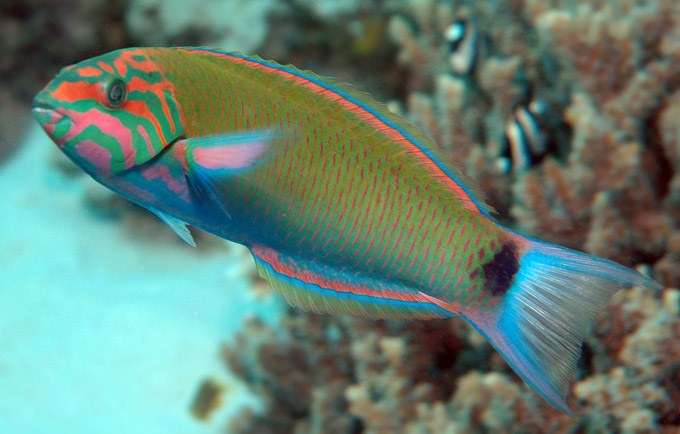 
From the University of Auckland

Fish may experience heart failure as ocean temperatures rise due to climate change, according to new research from the University of Auckland.

School of Biological Sciences researchers Anthony Hickey and Fathima Iftikar say the effect of climate change on animals is clear, particularly ectotherms, or cold-bodied animals, such as most fish which rely on their surroundings to maintain optimum body temperature.

“This research shows that the heart acts as a ‘bio-indicator’ of which species may survive rises in ocean temperature but exactly why heart failure occurs we still don’t know,” Dr Hickey says.

The new study, funded through the Marsden Fund and involving Canadian and Australian researchers, found that mitochondria – the power units within heart cells – begin to fail as temperatures rise.

“The tropical wrasse could only tolerate a shift of a few degrees before experiencing changes to their mitochondria, and this resulted in a loss of efficiency so that even though the fish could acclimatise to some degree, it came at a cost,” Dr Hickey says.

The study suggests that the impact of changes in temperature have an impact on fish mitochondria, limiting the range of environments the fish can occupy. This has important implications if sea temperature rises predicted by climate scientists are accurate, Dr Hickey says.

“Understanding mitochondrial function, or dysfunction, in ectotherms such as fish has important ramifications in terms of climate change and requires more study to investigate the capacity of a wide range of species to survive ocean warming.”

Similar responses have been seen in commercially-important crab species, and in heat stressed mammalian mitochondria.