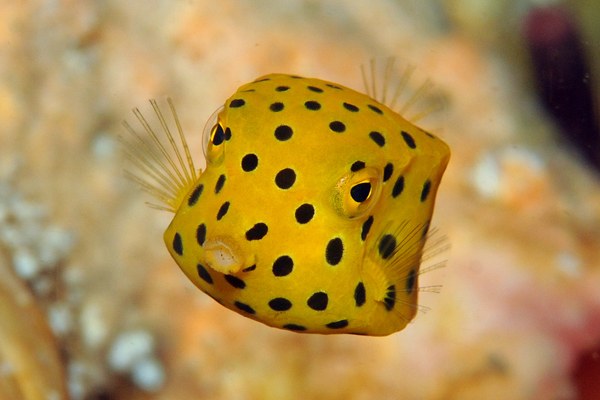 These tropical ‘vagrants’, numbering in the hundreds of species, are increasingly moving into the temperate waters of New South Wales, and may alter the wellbeing of these sensitive marine ecosystems in unpredictable ways.

Within this latest paper UTS Chancellors Postdoctoral Fellow and lead author of this study Dr David Feary found that of approximately 5000 species of tropical fish known globally, just 360 species show seasonal shifts into temperate waters, with little information available on the factors that promote such shifts.

This new research shows that larger sized adults, eggs that are spawned freely into the oceanic current, a relatively large larval body and larvae that are strong swimmers are features that stand out in tropical vagrants.

Dr Feary said he and his two colleagues at UTS (Professor David Booth and Dr Ashley Fowler) had expected certain biological traits and ecological factors would stand out as helping tropical vagrants survive in warmer regions. However, that certain traits within vagrants were so strongly associated with success was unexpected.

“Although there is exceptionally strong evidence to show that animal populations are undergoing substantial shifts in their latitudinal distribution, this is the first time that we have been able to show that there are certain measurable traits that may help to predict successful range shifts” Dr Feary said.

“The findings of this work can now be shared with other marine researchers within Australia and globally and contribute to our understanding of how climate change is rapidly re-structuring our biological communities around the world.

“Marine scientists internationally can use our findings to determine which species in their regions may have the capacity to move and adapt in the face of climate change and those that will perish.

“This work will be vital in Australia as our fish stocks rapidly change in their latitudinal distributions. “We can now start to understand the traits, and therefore the species, which will make successful latitudinal shifts within Australian waters,” Dr Feary said.

The paper “Latitudinal shifts in coral reef fishes: why some species do and others do not shift” appears in the journal Fish and Fisheries.

[via the University of Technology, Syndey]