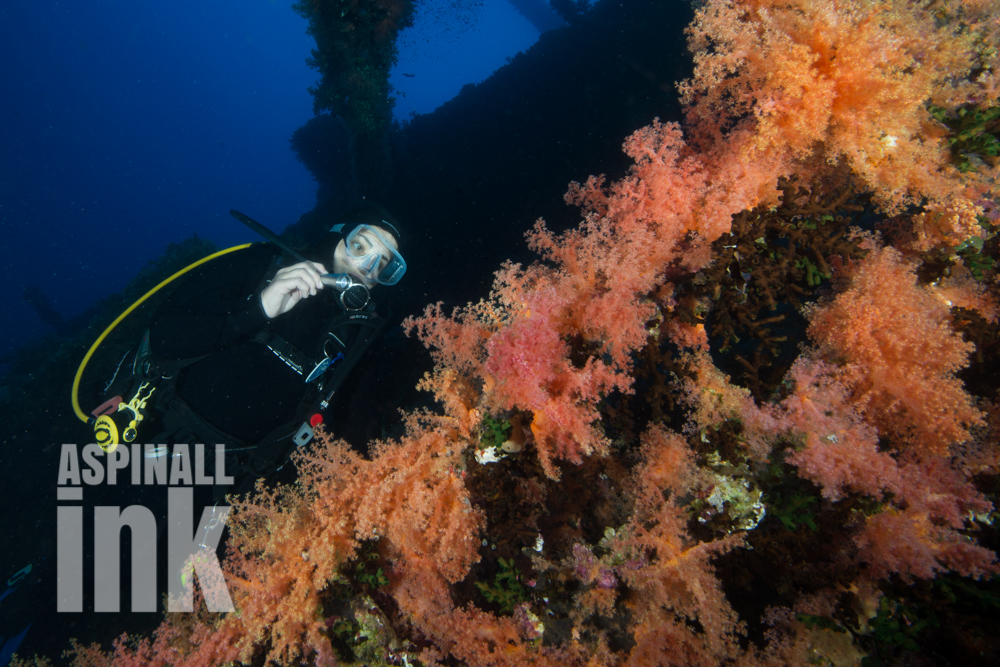 A diver explores the wreck of the Numidia. Look at the Sun Coral amongst the neptheids

Tubastrea micrantha is often called Black Tree Coral by divers, due to its arborescent style of growth, while aquarists mainly refer to it, somewhat oxymoronically, as Black Sun Coral. Thing is though, when I encounter colonies of it in the wild, the coral tends to have a lovely deep green or chocolate brown sheen under my lights. Here are some shots of a beautiful ship wreck from the Red Sea, with some great T. micrantha colonies. 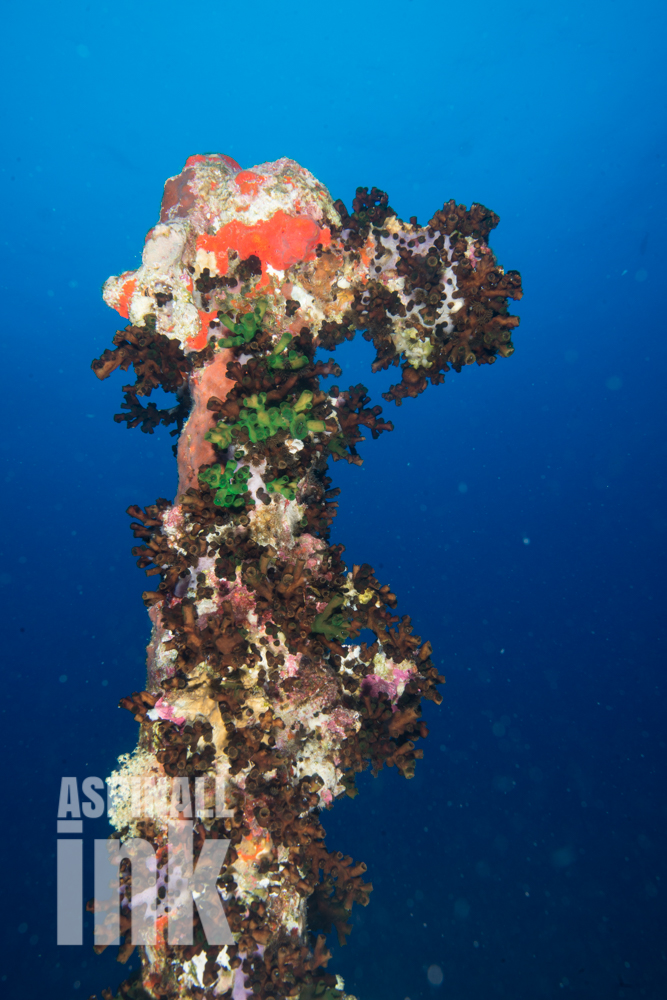 T. micrantha is an azooxanthellate coral that can present feeding challenges in captivity. In this location, on a wreck at around forty meters deep on a sea mount in the middle of the Red Sea, there was a huge amount of planktonic food that was allowing the coral to form very large colonies. Limited diver numbers and ideal conditions have meant that in some places and on some pieces of old steel and iron, the coral has formed a dense thicket of growth. Very, very cool. 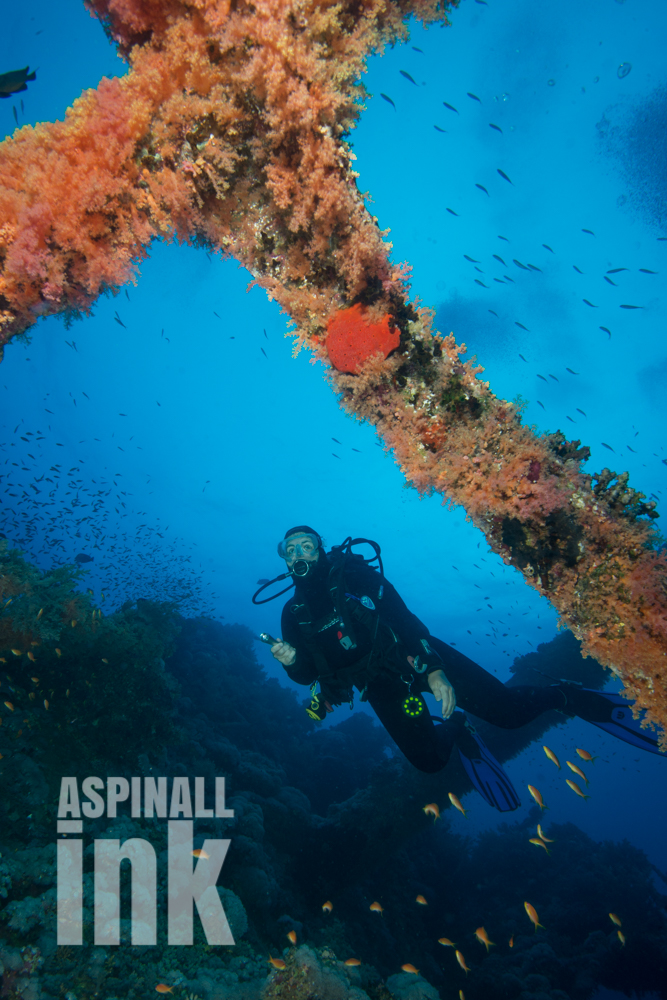 The wreck also has some fantastic neptheid corals and sponges that, when viewed under artificial lights, are absolutely stunning!