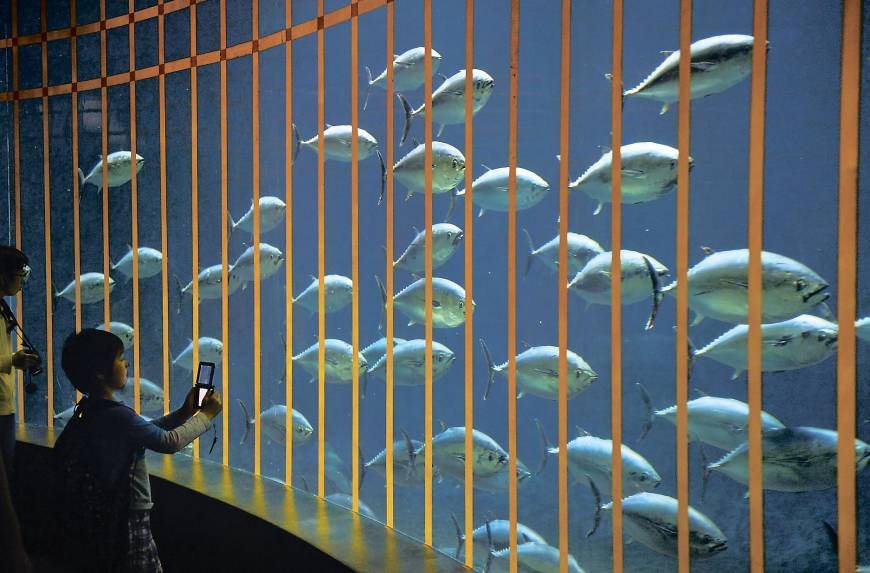 Keeping Tuna alive in captivity is extremely difficult and a task that only a handful of public aquariums around the world are able to do. Tokyo Sea Life Park was among the pioneers in displaying tuna in aquariums. Last year, sadly 160 tuna died without a known cause. By December of 2014, there was just one tuna left in the Aquariums famous 2000 gallon, donut shaped tank. The cause of the massive tuna deaths remains unknown. The Aquarium has been slowly adding different species back to the tank, to see how they did. So far, none of the fish which have been added to tank have suffered any known ailments. Therefore, the aquarium added the 80 tuna back to the tank and reopened it to the public. Hopefully the addition of the tuna far just as well, and the tank can go back to being a healthy habitat for the tuna. MORE