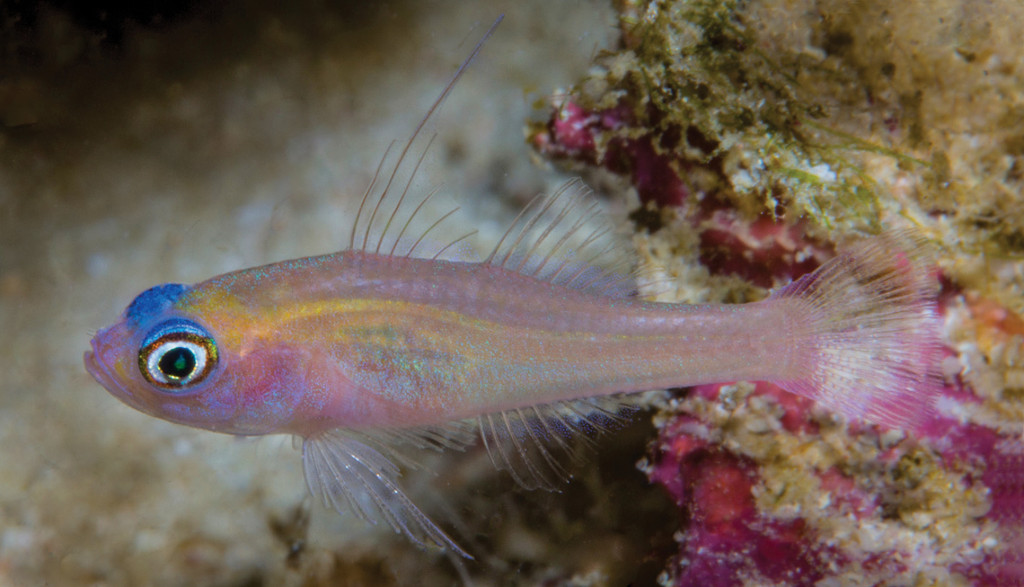 It’s been six whole months since we last saw a new species of Trimma described, which certainly feels like an eternity for this rapidly growing genus of pint-sized reef gobies. But a couple new taxa collected from the mesophotic depths of New Guinea have broken this taxonomic dry spell, upping the total described diversity to 103 species. The new finds appear in the latest edition of the journal Zootaxa and come to us courtesy of Dr. Mark Erdmann—a prolific researcher who seems to be involved with nearly every new species discovered in this corner of the Coral Triangle—and goby authority Dr. Richard Winterbottom.

The Blue-eyed Pygmygoby (Trimma blematium) is named for the beautiful caerulean splash of color found above the eyes; the name itself translates from Greek as “blue eye”. Specimens were discovered at Normanby Island, at the far southeastern tip of New Guinea in the little-known D’Entrecasteaux Islands. They were collected from an area reported as a “mixed rubble and sand habitat on a deep reef slope (60–70 m depth) exposed to significant current and cold-water upwelling”. 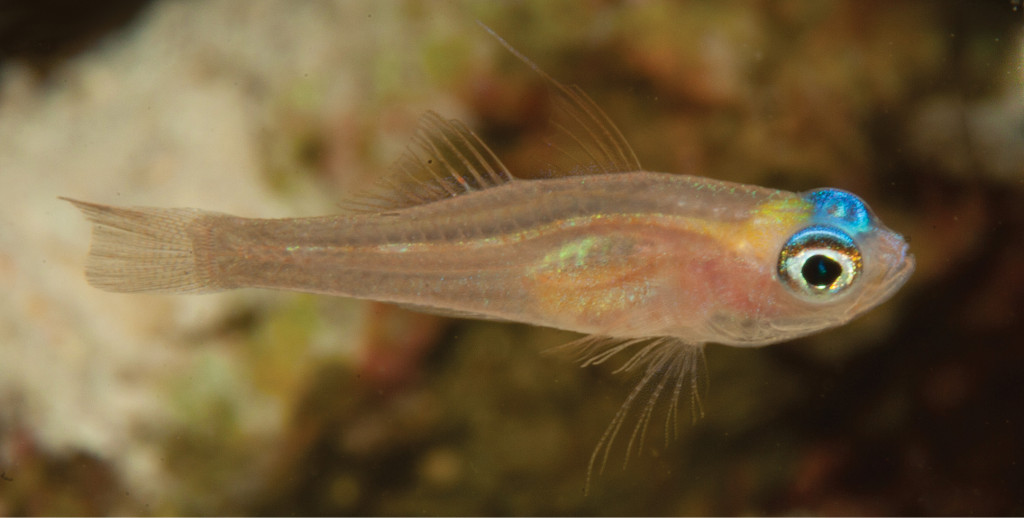 Closely related is another new species, Meity’s Pygmygoby (Trimma meityae), discovered in the biodiversity hotspot of Cenderawasih Bay. It’s named after Meity Mongdong, described as “one of Indonesia’s foremost marine conservationists, who has dedicated the past several decades of her career towards expanding and improving the management of marine protected areas in West Papua”. The species shows the same sort of blue coloring above the eye, but with a bit less panache when we compare it to its close cousin. In T. meityae, the body is mostly drab and unremarkable, a sort of translucent flesh tone throughout, compared to the attractive yellow forebody seen in T. blematium.

Despite their great similarity in coloration, genetic study indicates a surprising amount of evolutionary divergence between the two, and their only known localities are separated by some 2000 km. There might also be a difference in habitat preferences, as T. meityae, while found at a similar depth, was encountered in “a nearshore reef with almost no exposure to waves or
currents, in the 50-60 m depth zone only, on a silty sand and rubble slope”. 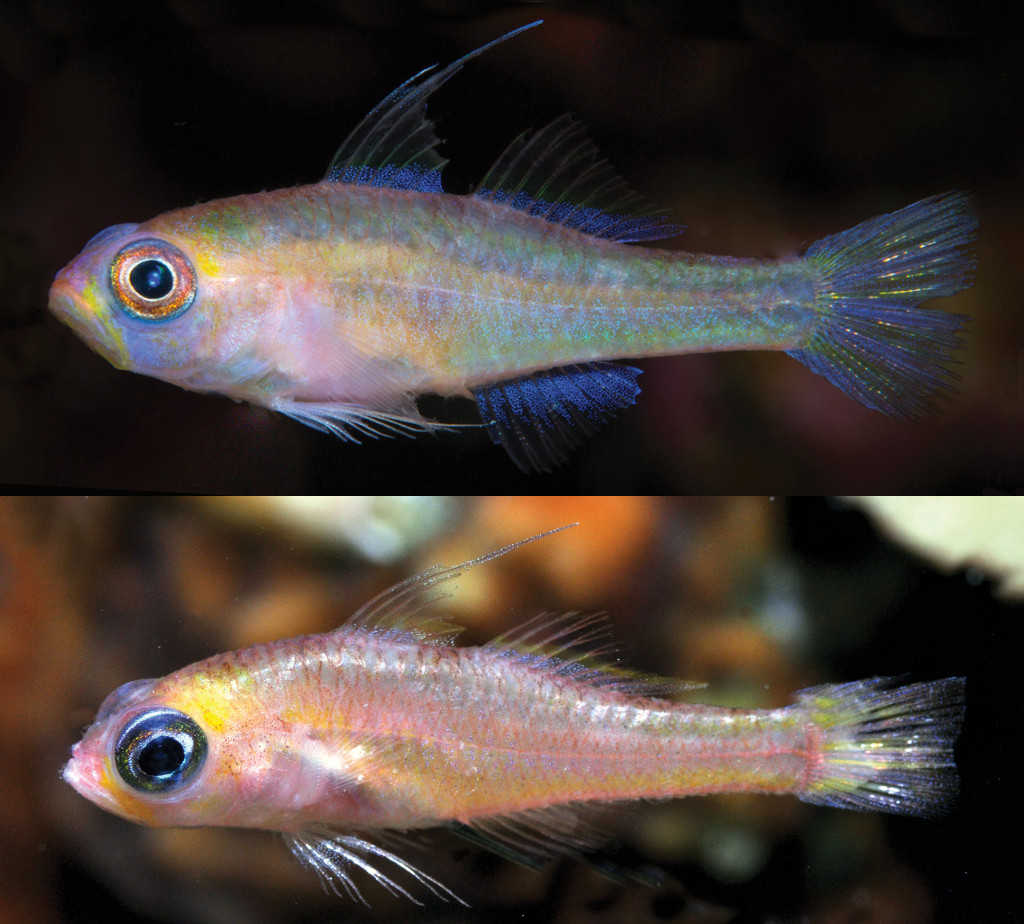 In the grand picture of pygmygobies, these two deepwater specialists don’t seem to have any especially close relatives, though perhaps more are out there waiting to be found. They are described as belonging to the “T. tevegae grade”, a group which has seen some significant revision in recent years and whose members will be familiar to aquarists and divers. The similarities are certainly apparent when we examine these new taxa closely, especially the freshly collected specimens seen above. Note the fine patterning present in the fins, which perfectly mirrors what we see in a species like T. tevegae, and even the blue of the eye finds parallels to that species’ striped eye.

But with so many other differences in their colors and ecology, it’s clear these two new Trimma occupy their own isolated lineage. This is an interesting new find, but one that’s easy to overlook. At this point, it’s easy to get a burnt out on this group when there are so damn many of them.