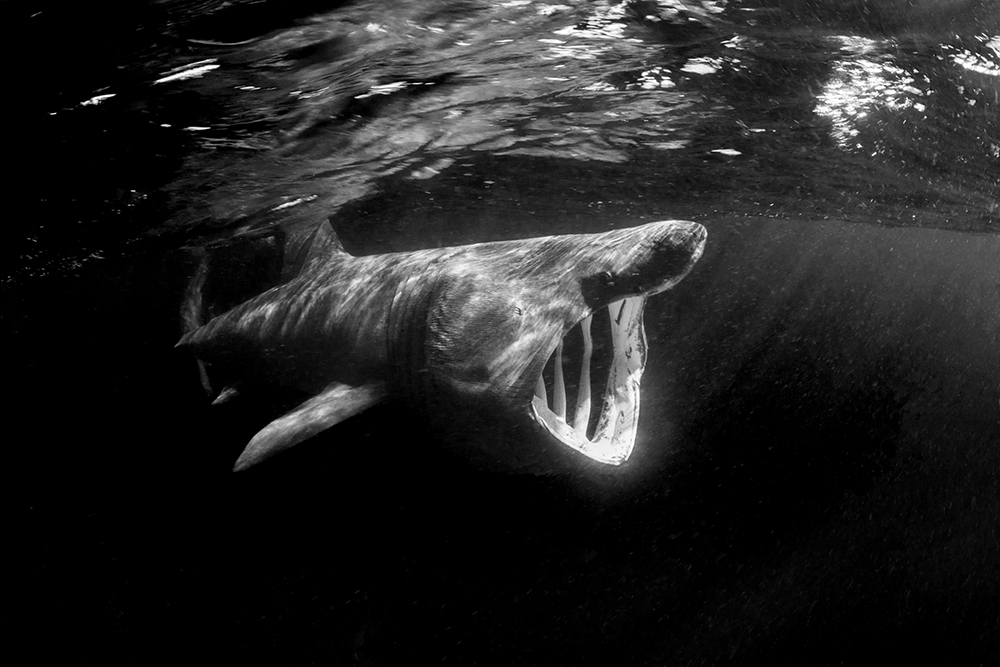 Black and white isn’t something that you normally see in underwater work. Monochrome is more suited to gritty reportage, street shots, and portraiture. However, there are some subjects that work well in monochrome; here are a few of my favorites.

The Basking Shark (main image), works very well, as it’s a very strong subject. The white of its mouth and gill rakers makes for great contrast against the darkness of the sea. I have used quite a strong red filter in post-processing to emphasize the contrast. 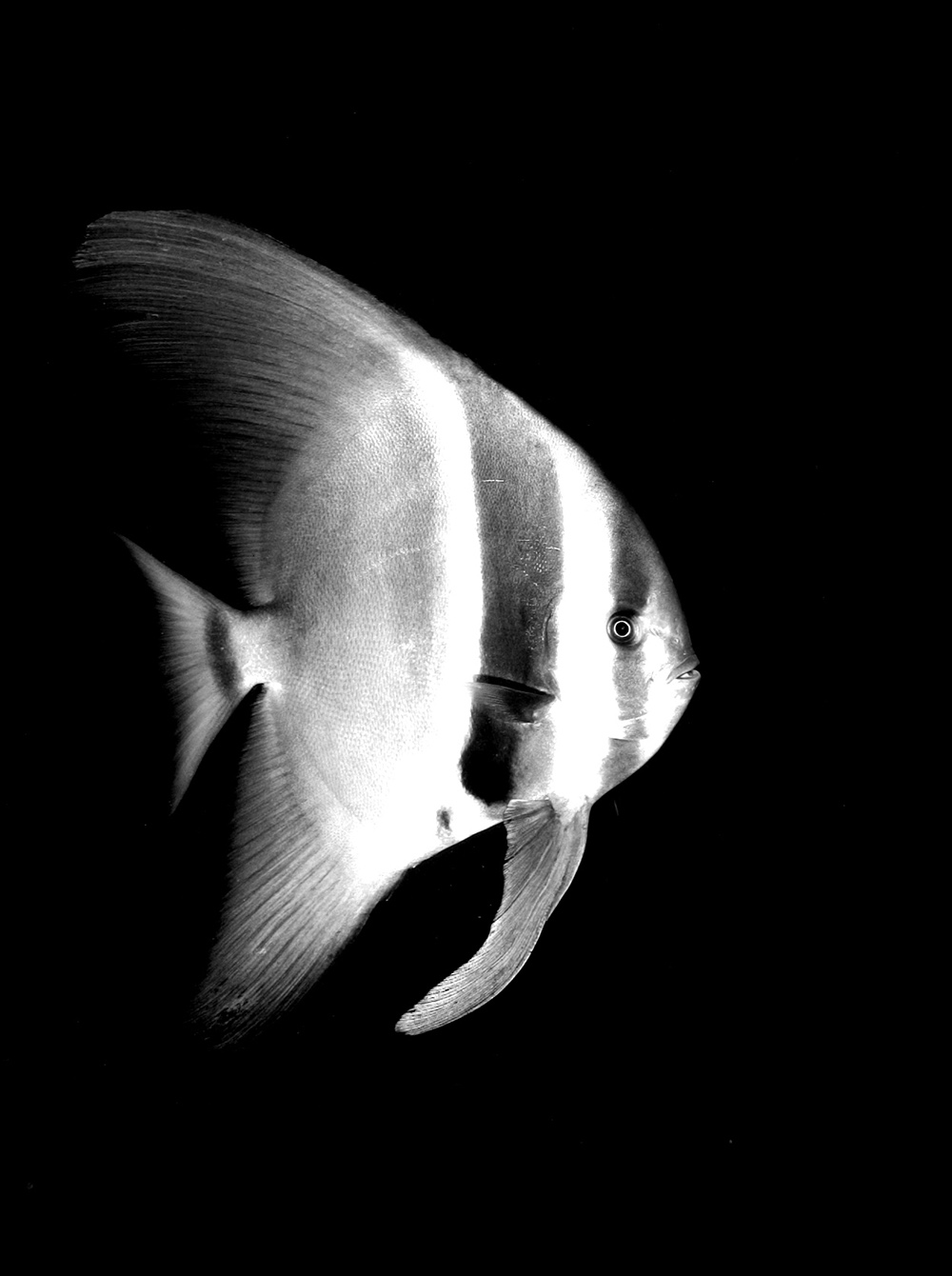 Other, easily-recognized fish make strong subjects as well, especially those that allow you to concentrate on detail and form, rather than color. This batfish portrait does just that, and I think I’ve captured the curious look it gave me as it swam past. An equally recognizable fish is  the Lionfish in the next image. In this case, I shot the fish amidst a highly detailed background; the gorgonian adds detail and emphasizes that the lionfish is just a few fin strokes away from being very well camouflaged. 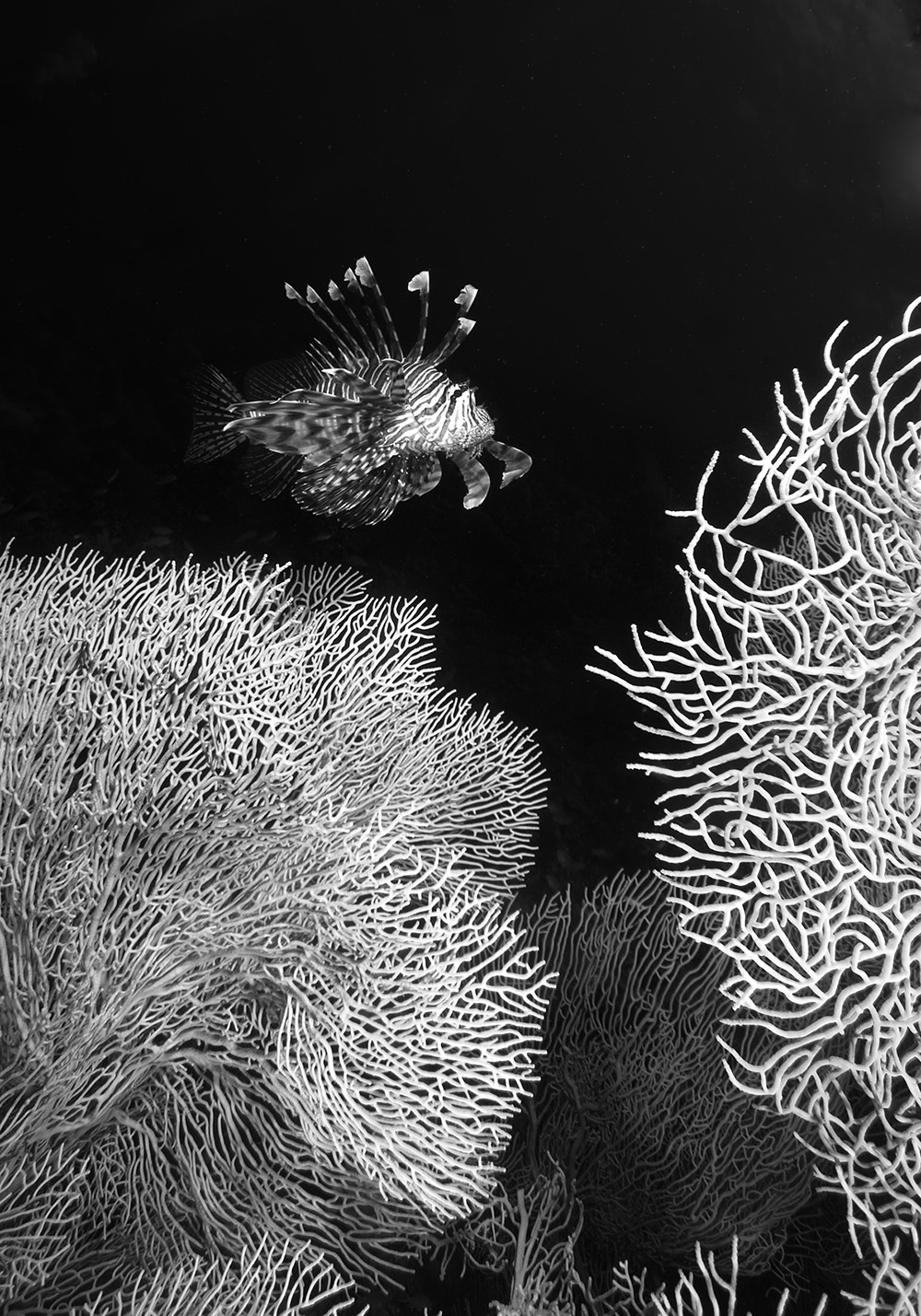 Black and white really does allow the eye to focus on and concentrate on detail. In the following images of a sea fan and a curled up basket star, you can really see form and structure. In both images, I have used filters to increase the contrast and bring out the detail. 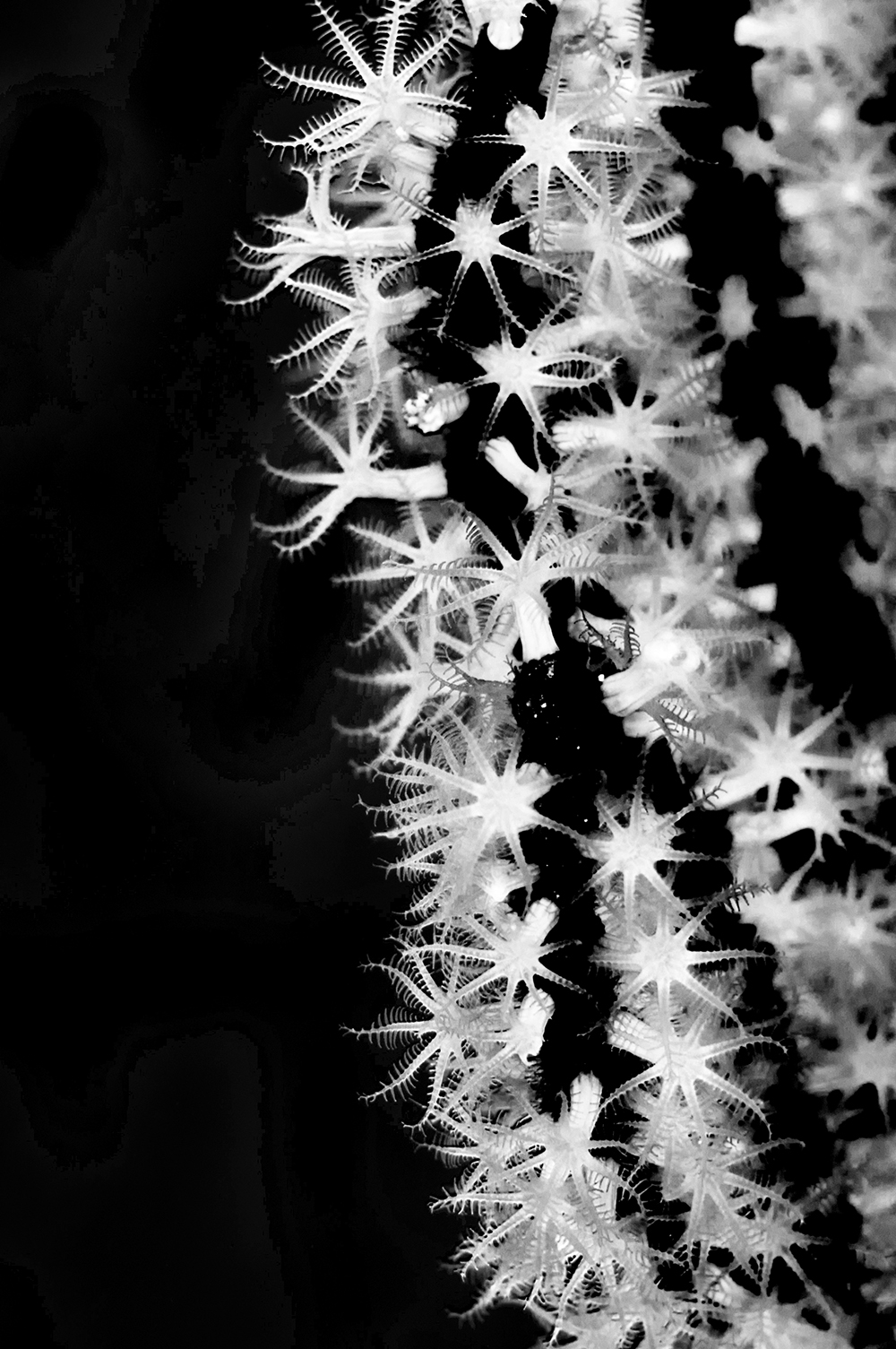 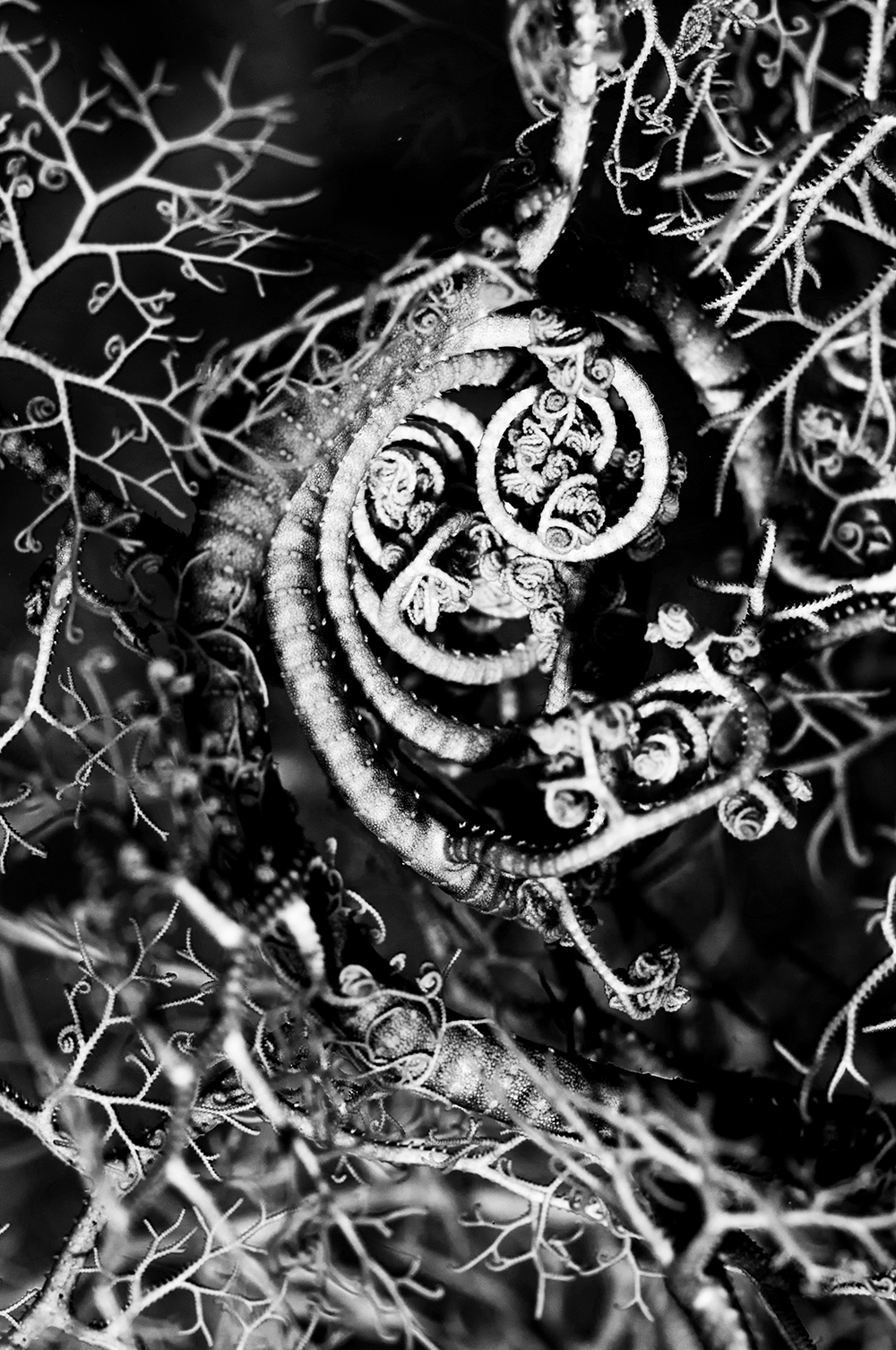 My final image is one that I was unsure about including. This Oceanic Whitetip shark, in silhouette, suggests a sense of danger and atmosphere, as ‘a killer emerging from the shadows’ etc… As someone who swims with sharks, I know I’m not in any significant danger, but to those who fear these misunderstood animals, this image may have a different impact. I don’t want to encourage people to fear sharks, but you can see how post processing can be so very effective. 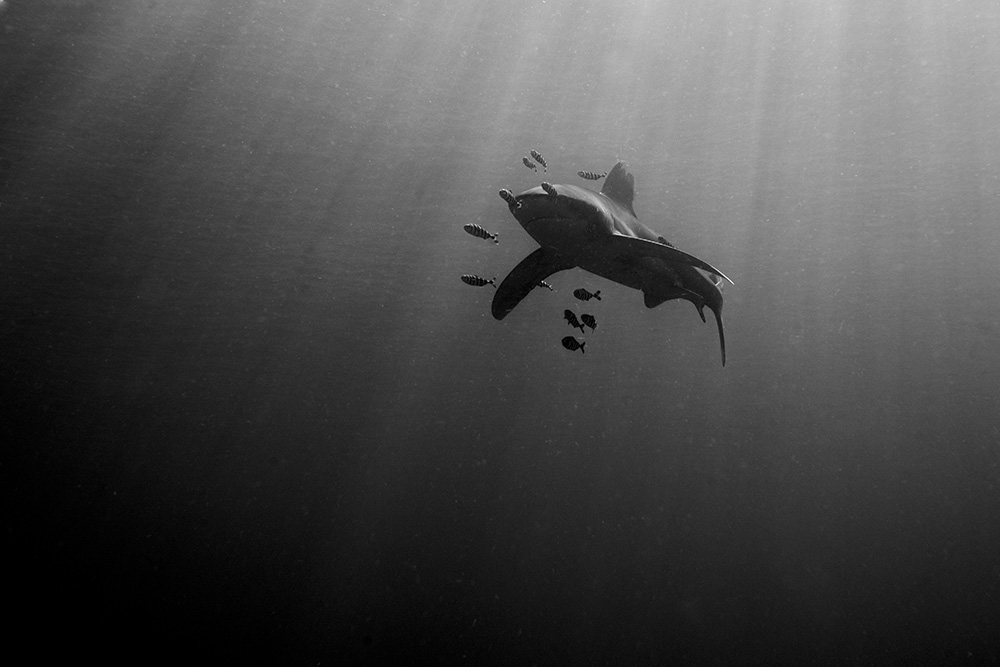