As I reported at the end of last week, the Eastern Flower Garden Banks National Marine Sanctuary, a magnificent coral reef in the northwestern Gulf of Mexico, is in the midst of a mysterious and active mass mortality event. This includes corals, sponges, and echinoderms, to name a handful of the affected organism types. The early speculation about the influence of the infamous Gulf of Mexico “dead zone” seem to fail under scrutiny. 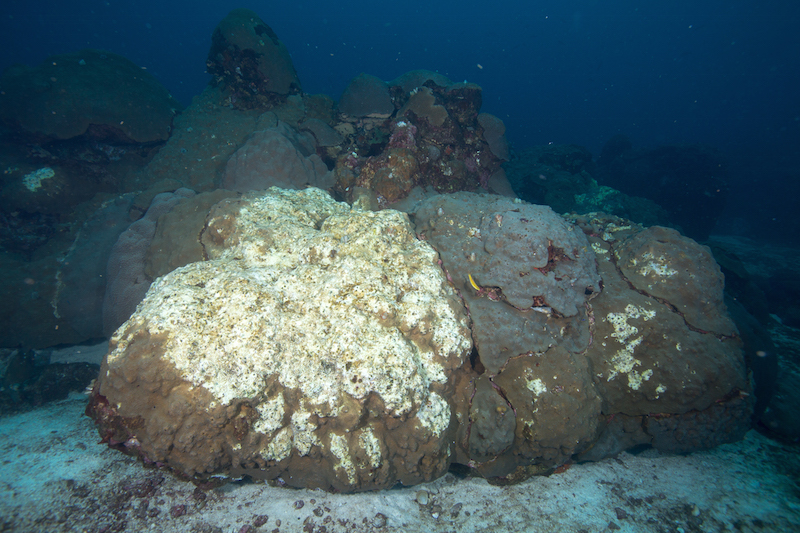 Over the weekend, NOAA and Texas A&M University scientists headed to the site on the R/V Manta in an attempt to sample waters and rigorously document what is taking place. This post is an attempt to update readers with the current status of what we know, and what we still don’t know about the situation.

One thing of which we are now aware is that a low salinity plume (less than 30 psu), which would normally stay very close to the coast, has moved unusually southward and onto the Flower Garden Banks site over the course of the past two weeks. Unconfirmed reports claim waters on the reef site were as low as 26 psu when the initial die-off was discovered. 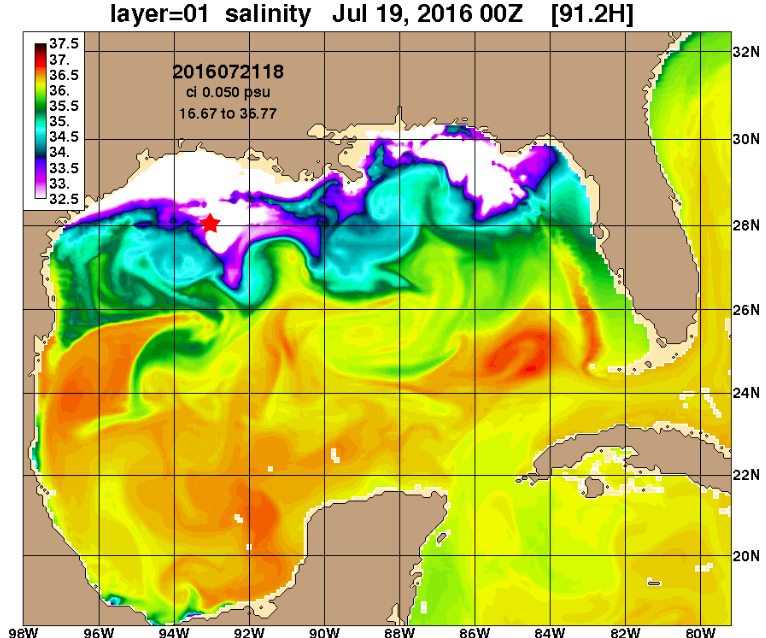 According to Dr. Steven DiMarco of Texas A&M University, a month ago the area over the banks had already become highly stratified. Lower depths where the reef community thrives were not able to ventilate respired carbon dioxide and obtain fresh oxygen from surface water mixing. Dr. DiMarco vocalized the idea of a potential positive feedback: as more sensitive organisms begin to die in the lower oxygen water, the respiration from the decay of these organism further depletes oxygen levels to even more critical levels. No surface nutrients indicative of eutrophication were found during this previous survey, although it is possible that has changed.

Julian Sprung, through an interaction on social media, suggested that the white sheets were likely Beggiatoa alba, a common sulfur-oxidizing bacteria that can form such mats. Sprung independently suggested hypoxia may be the result.

The cruise returned to port early this week with a large cache of samples and data in tow. Responding scientists remain in emergency mode, and we should know more about what the cruise results will tell us within the week. I will continue to update as more information becomes available to me.