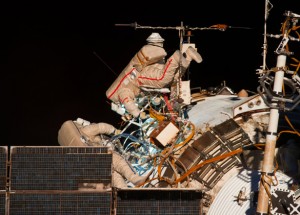 If you recall, about six weeks ago I posted a perplexing article about “Mysterious Plankton From Outer Space”. During a routine spacewalk, Russian cosmonauts happened across what was claimed to be traces of sea plankton and other micro-organisms, not only living but thriving on the surface of the International Space Station (ISS). Space officials and experts were left scratching their heads as it was unlikely the plankton found its way there before launch, as it’s not native to Baikonur in Kazakhstan, where the craft was originally catapulted into space from. Not long after the discovery was made, NASA chimed in doubting the whole ordeal, but still remained rather tightlipped on the details. NASA spokesman Dan Huot told Space.com, “As far as we’re concerned, we haven’t heard any official reports from our Roscosmos colleagues that they’ve found sea plankton.” To clarify, Roscosmos is Russia’s Federal Space Agency. Nothing beyond a few brief quotes simply dismissing the ordeal has been heard until now. Enter the German Aerospace Center (DLR). The prominent member of the European Space Agency offered their two cents via Social Media. German science news magazine, Grenz|wissenschaft-Aktuell, reported that while they personally haven’t received any response to their inquiries, an avid reader, Tanja Wulff, received this response from DLR spokeswoman Alisa Wilken via Facebook:

“At an extravehicular activity Russian cosmonauts took samples from the outside of the Russian module. Those samples were then analyzed in a laboratory on Earth. Within this sample bacterial DNA was discovered. However, the method by which the samples were analyzed in this case is disputed, as it cannot detect all kinds of bacteria and it also can not test whether the
discovered bacteria are living and thriving or not. Also the biomass that can be extracted from such samples is strongly limited so that at the moment no further tests could have been conducted on it. To do this, more samples would be needed.”

So there you have it. While this response does validate that there was indeed bacterial organisms found on the International Space Station, there is no way of telling if the specimens were actually alive at all. What we do know from all of this is that earthly, uplifting air currents are capable of reaching the surface of the ISS, which to me is interesting enough on its own. I’ll be over here awaiting Russia’s response, as neither the United States nor Germany has been informed of any updates from Roscosmos. 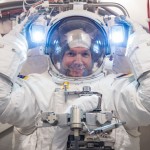 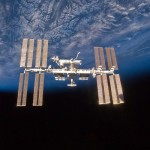