I began by public aquarium career at the Vancouver Aquarium where I worked as an aquarist for over 7 years. So, I am eager to see what the 58 year old Vancouver Aquarium has in store after it’s 45 million dollar renovation. As Canada’s largest and first public aquarium, it has lead the way for public aquariums. The aquarium has a notable history, including being the first aquarium in the World to capture and display an Orca. This past Friday the Aquarium unveiled the work of the expansion, including its new entrance, 360 degree wrap-around screens that 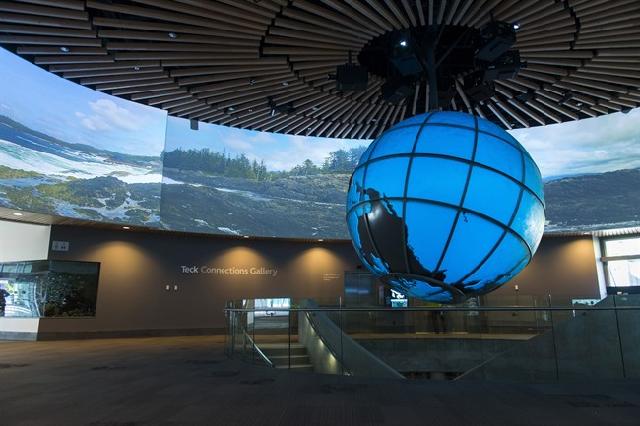 display pictures of the Worlds’ Oceans, and a large globe that has been positioned so that visitors can see Canada more easily. Updates were made to the Clownfish Cove children’s area which include an animal rescue center and underwater tunnels.New species have been added to the Tropical gallery, including a pig nosed turtle. The aquarium has also included some green aspects, including rainwater toilets and more energy efficient heating and cooling. MORE