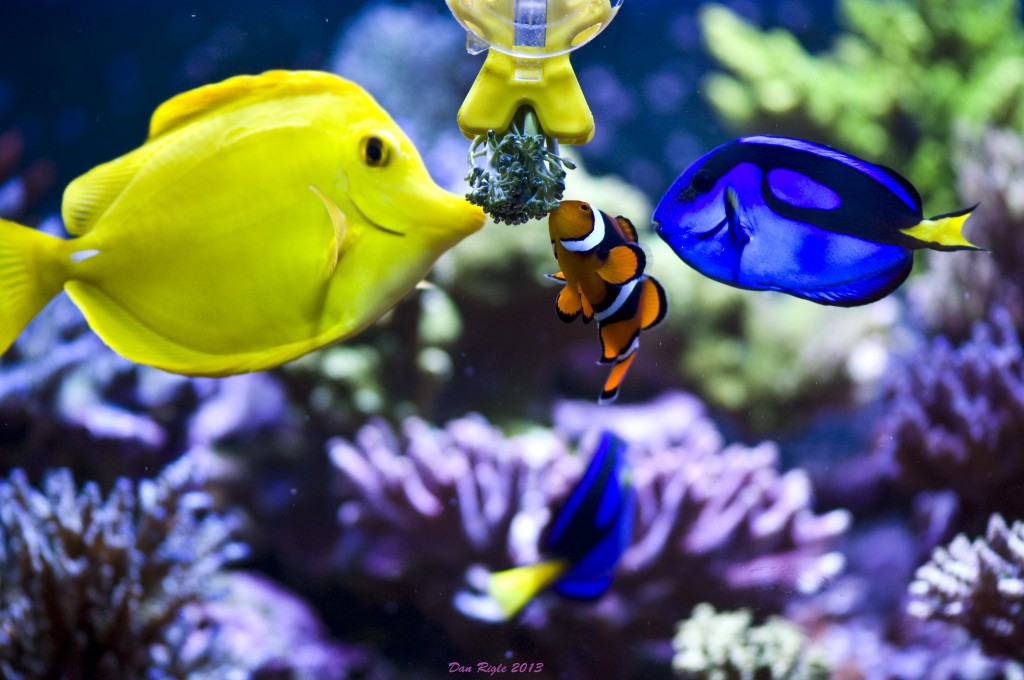 A varied diet for marine fish has been know by the experts and breeders as the best option for optimal health and survivability.  Recently I have been experimenting with some unconventional foods with great results, namely foods that are often enjoyed by humans.  I have chosen these foods with proper nutritional requirements for marine fish in mind.  Foods  such as broccoli,  cauliflower,  cabbage,  spinach, along with some meaty foods, such as fish roe,  oysters, table shrimp, and marine fish filet.  The best results being with broccoli and oysters, as these both were readily accepted by fish known to be carnivorous, as well as herbivorous and omnivorous.  This Amphiprion percula mainly believed to prefer meaty foods, eagerly consumes this broccoli along with the Zebrasoma flavescens and Paracanthurus hepatus.  These are both surgeon fish and known to enjoy a diet high in vegetable matter.  Subsequently,  the surgeon fish eagerly consume the oyster meat and other meaty foods.  I have also noticed an increased appetite with some pigment and color improvements after trying these alternate foods within only a few weeks.  Finicky eaters such as Pseudanthias can also be seen eating pieces of broccoli as it floats away from all the commotion at the veggie clip. 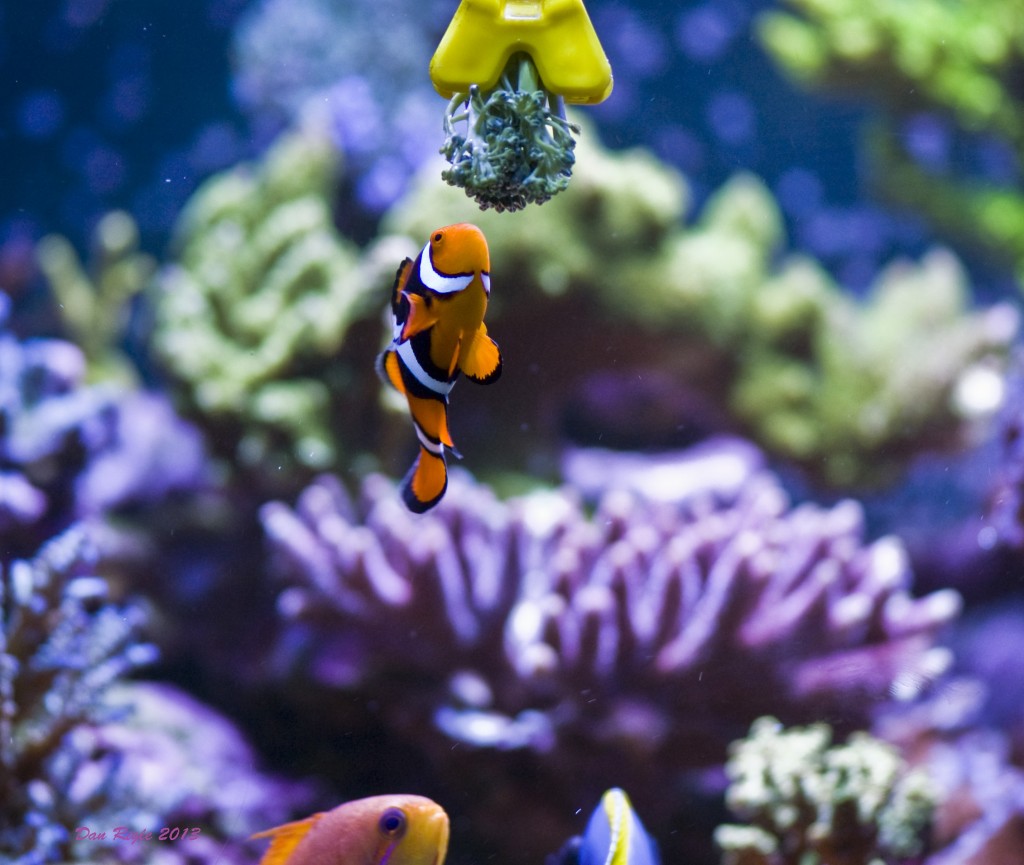