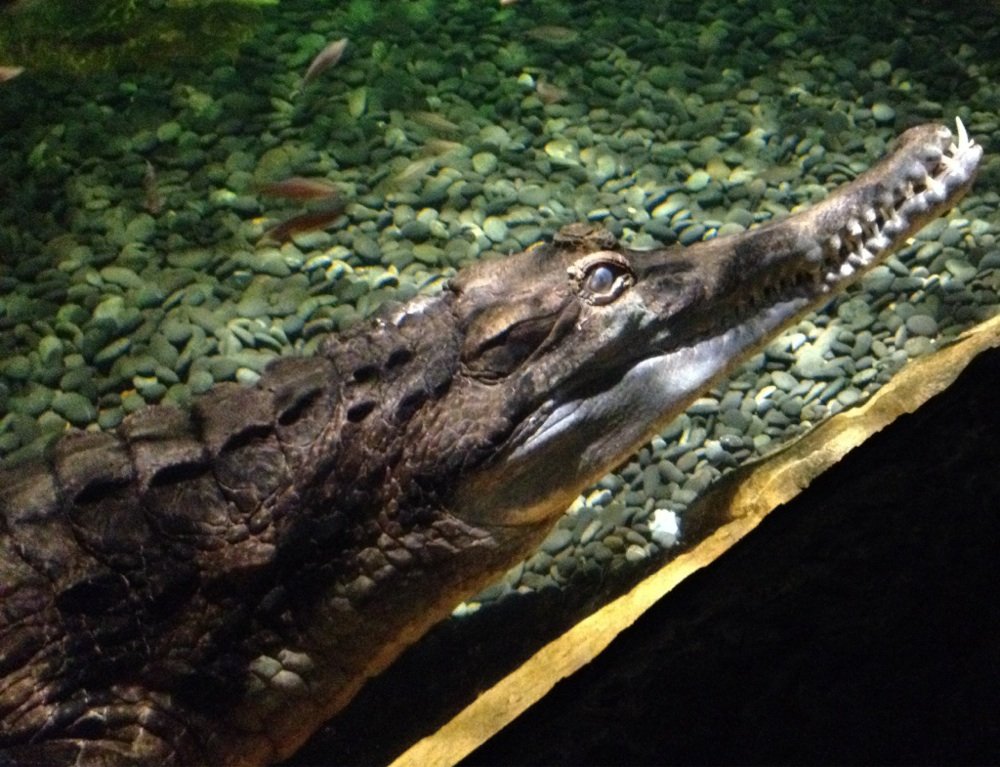 The Virginia Aquarium has just welcomed some very rare crocodiles to the aquarium. The crocodiles, known as “Tomistoma,” were just acquired on Saturday, through the first permitted import of their native country of Malaysia since 1974. “These are incredibly rare animals, and for us to be able to safely import two of them thanks to a partnership with a Malaysian crocodile farm is an honor,” said Director of Live Exhibits, Rachel Metz. “There are only 28 Tomistoma in North America, and that number continues to decline. For the crocodile community to recognize our experience and expertise in Tomistoma research and conservation in this manner is really wonderful,” Metz said. The pair of crocodiles are from a breeding farm in Malaysia, and are one of just six breeding pairs of crocodiles in all of North America. The female is 8 feet long and a 112 pounds and the male is 7 feet long and 65 pounds. The aquarium named the pair after Ralf Sommerlad, a German ‘crocodilian specialist’ that devoted his life to protecting and studying crocodiles. Fittingly, they are called ‘Ralf’ and ‘Sommer’. The aquarium gave the following information about the crocodiles: “Tomistoma are the least studied of the 23 different types of crocodiles found around the world, due to their remote and inaccessible habitat. Some estimates show only 2,500 remaining in the wild. Tomistoma inhabit freshwater lakes, rivers, and swamps of Indonesia and Malaysia. They are listed as vulnerable on the International Union of Conservation of Nature’s (IUCN) Red List of Threatened Species and endangered according to the U. S. Fish and Wildlife Service due to habitat destruction, drowning in fishing nets, over fishing of food resources, and, to a limited extent, the skin trade.”