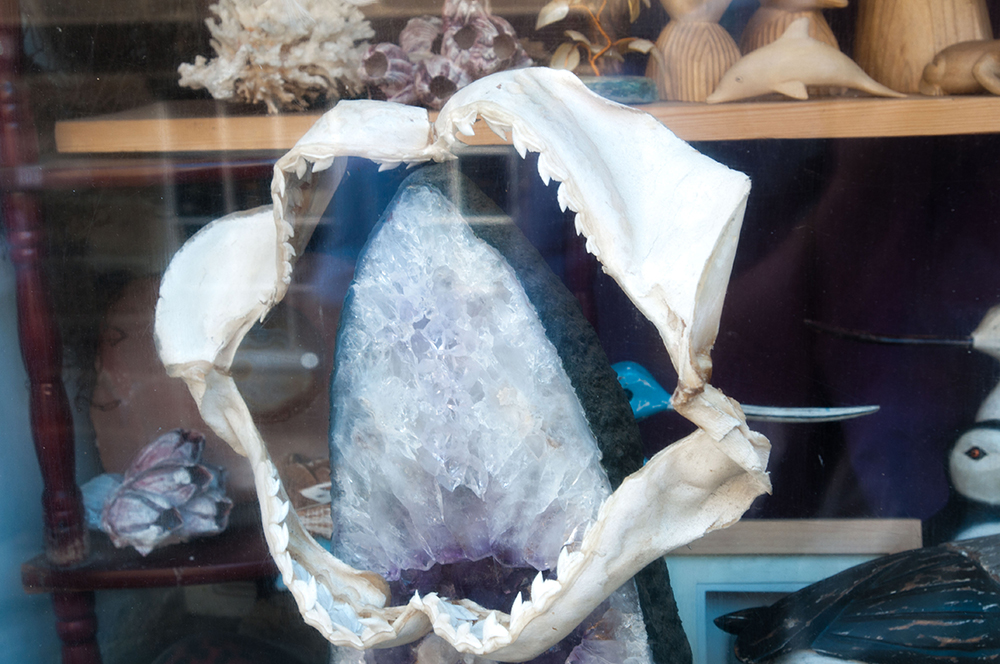 Over the years, the aquarium hobby hasn’t always covered itself in glory in terms of its sustainability, and it still gets a fair bit of criticism from some quarters, some of it justified and some overblown. While the industry has made many laudable attempts to move towards a more responsible approach, we can still do more. I’d go so far to say that we aquarists, who care about live fish and thriving corals, should do as much as they can to protect wild species. So, as winter hits the northern hemisphere and we think about travelling to warmer shores, do the oceans a favor and spend your tourist dollars wisely.

What’s a shark worth?

A recent study from the Hurghada Environmental Protection & Conservation Association (HEPCA) in Egypt stated that a shark in Egyptian waters is worth $200,000 alive. Sounds a great deal, but if you add up the huge sums of money tropical destinations receive from the diving and tourism industry, it quickly adds up. A little later this month, I’ll be spending the best part of £1500 to visit reefs, specifically to photograph sharks. Imagine then, how disappointing it is for me to see shark jaws on sale for $20 or less. 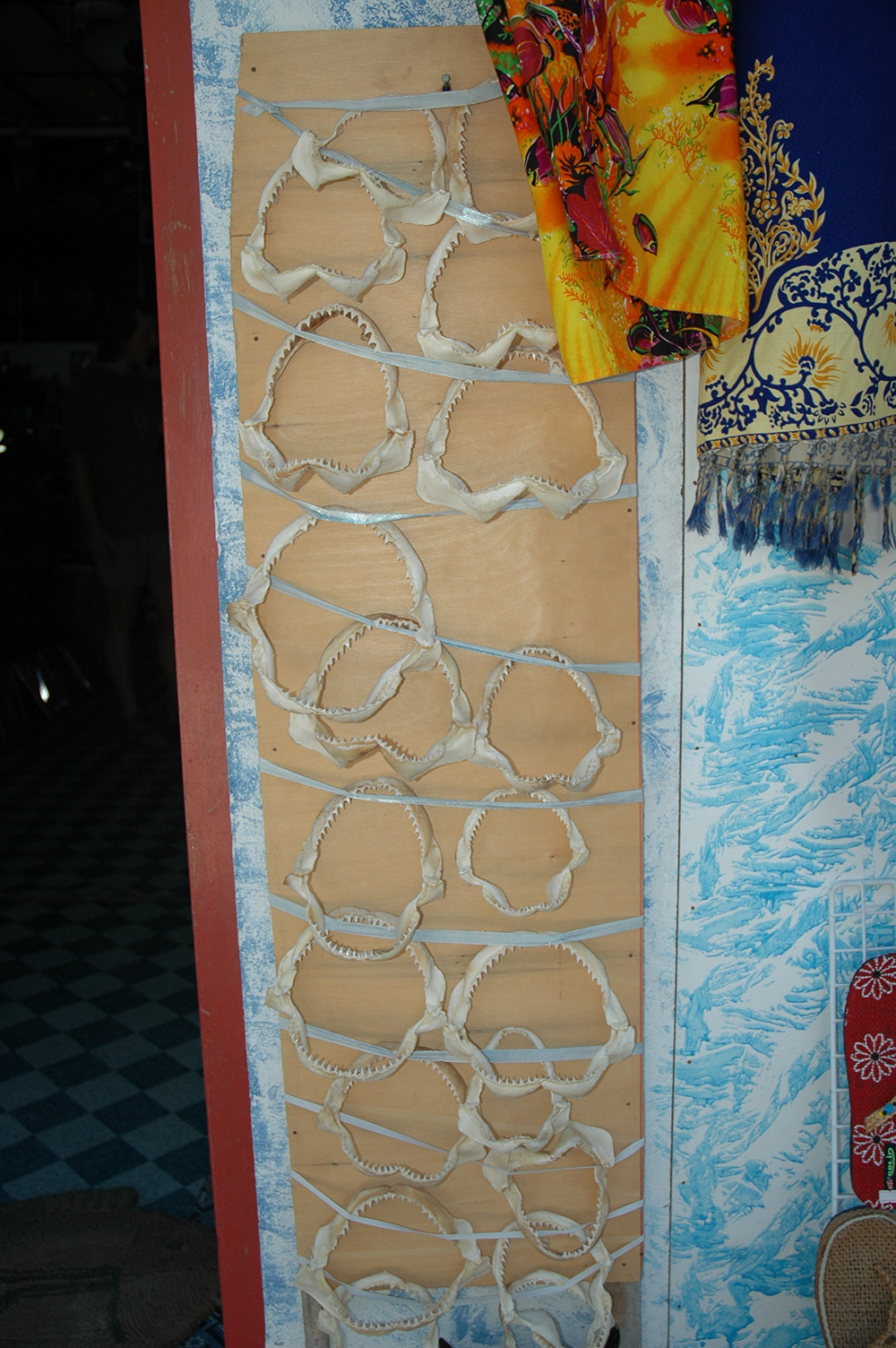 Shark jaws for sale in the Maldives

I’m not a hunter or someone who enjoys sport fishing, and I don’t understand the mindset of folks who want trophies on the wall. I don’t like them, but I accept the fact that some people do. Surely though, it’s self-defeating for the tourism trade to sell trophies that directly damage the economy. Clearly there is conflict between the local fishermen operating on a subsistence level and the ecotourism lobby, and policing is lacking, but maybe we can influence things by not buying this stuff in the first place? 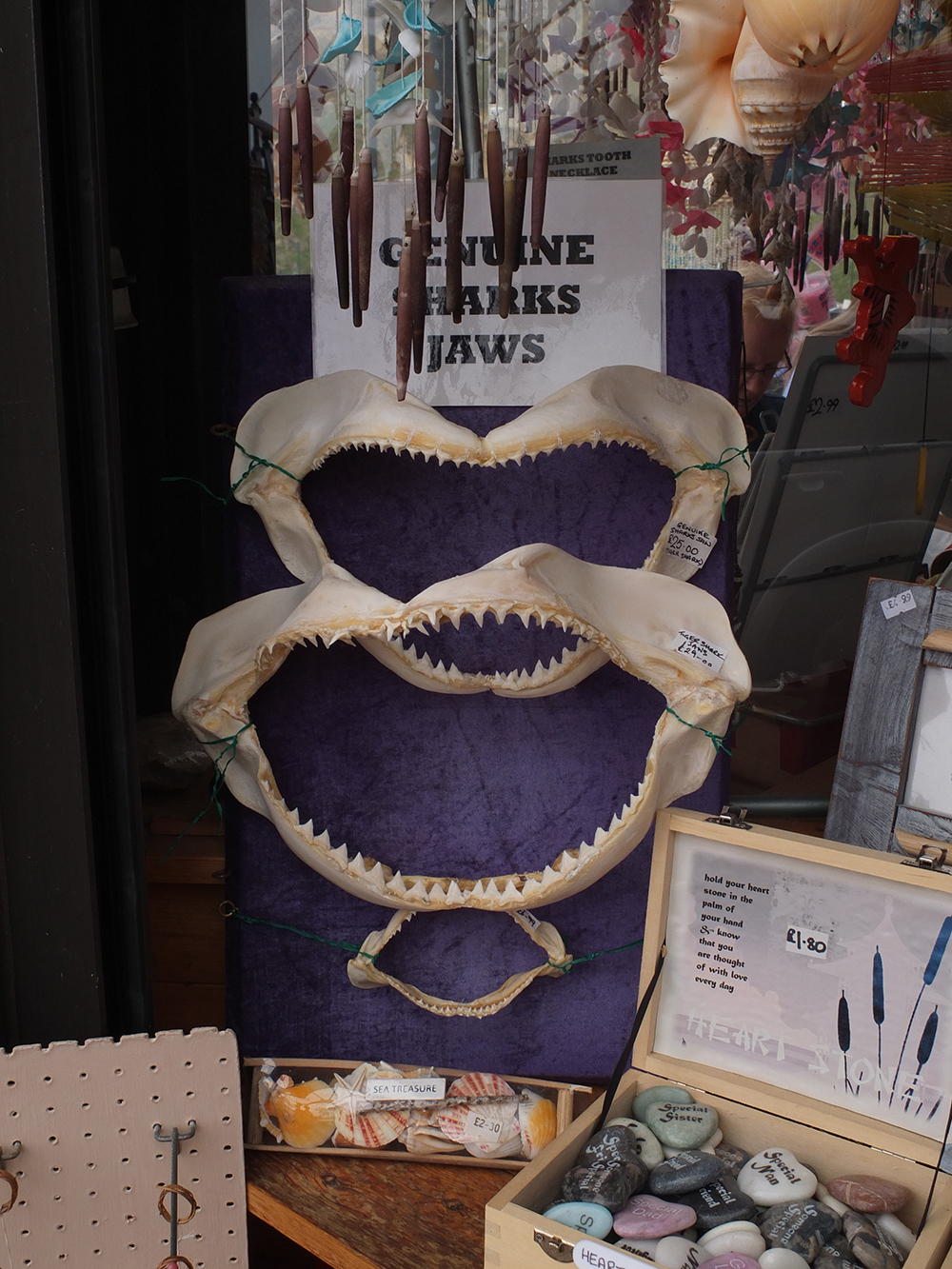 Listed as ‘near threatened’ by the IUCN, these Tiger Shark jaws were on sale in the UK. I was asked not to go into the shop and shout.

If nothing else, you might be wasting your cash. There are many countries where policing is done at the airport. I’ve been to a number of places where signs at airports warn you that some shells and corals, whether bought in ‘legitimate’ shops or not, will be confiscated. 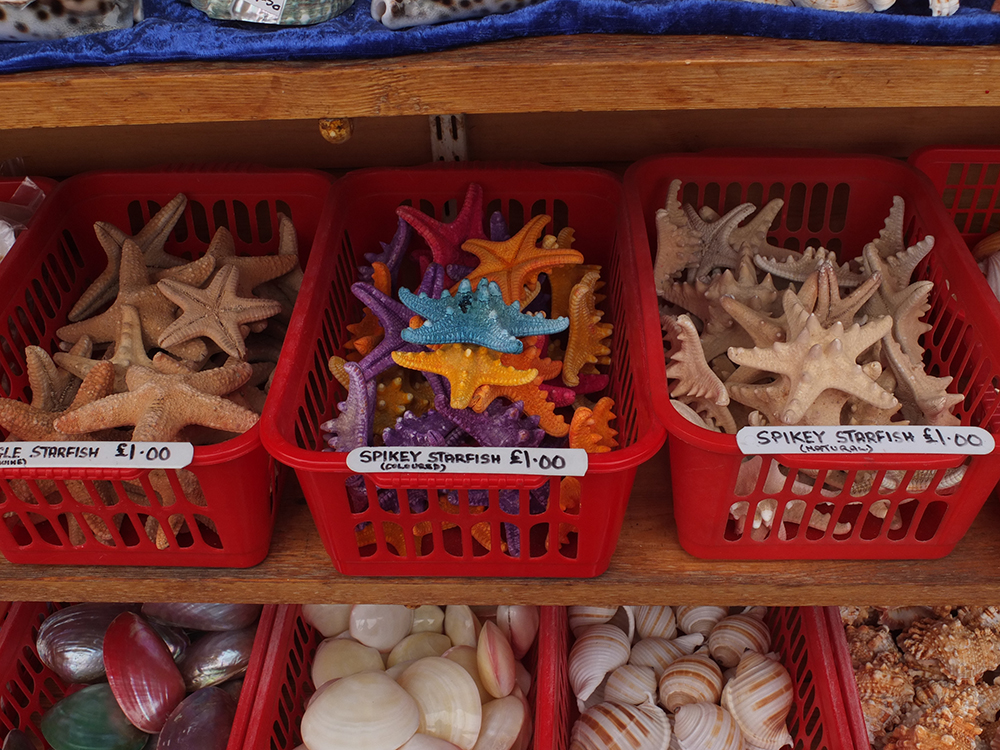 Don’t get me started on shark fin soup…