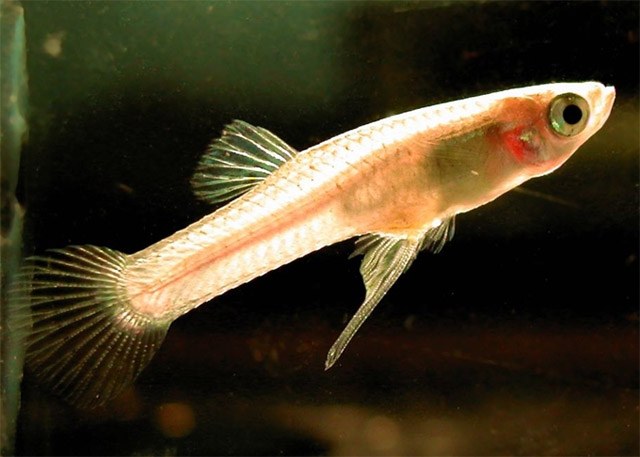 Male gambusia exposed to high water temperatures produce about three times more sperm than those kept in much colder water, says a team of researchers led by Dr Bart Adriaenssens, of the UNSW Evolution and Ecology Research Centre, in the journal Global Change Biology. As well, the sperm of the males in the warm-water group had faster swimming speeds.

The study is the first to show that exposing adult fish to different temperatures changes the quantity and quality of the sperm they produce. The finding may have significant implications for the fertility of fish populations in response to climate change, the researchers say.

“Hundreds of studies have examined how whole organisms can modify their physiology and behaviour in response to environmental temperature changes,” notes Dr Adriaenssens. “Surprisingly, though, virtually nothing is known about the ability of sex cells to adjust to different temperature conditions.”

Co-author Dr Robbie Wilson, of the University of Queensland, adds: “Because sex cells play such a critical role in the adaptation and persistence of species, this represents a severe oversight our understanding of thermal adaptation. Our study suggests that the implications for fish fertility alone could be large indeed in response to climate change.”

Gambusia are native to south-eastern USA but have been deliberately introduced widely elsewhere, including Europe and Australia, to control mosquito larvae. They have become a notorious pest, however, because they prey on many other species, notably frogs and aquatic insects. The researchers warn that Gambusia’s environmental impact may be worsened if warming temperatures enhance its ability to reproduce. How the sperm production of other species may be affected by warming remains unknown.

For the study, gambusia were caught in Southern France and their offspring reared under controlled laboratory conditions. When those fish reached adult size, half were exposed to temperatures as warm as 30 degrees Celsius and the other half to 18 degrees Celsius.

After several weeks, the ejaculate characteristics of these “acclimated” males were tested across a range of different temperatures: “Increasing the heat of a sperm sample on the microscope is like watching the whole swimming process in fast-forward,” says Dr Adriaenssens. “However, males that were previously housed in warm water had faster sperm regardless of the temperature.”

“The body temperature of many animals varies with their environment, and likewise does the temperature under which their sperm cells are produced and released. It is therefore important that we understand how climate change will influence the fertility of these species.”

Dr Adriaenssens adds that other studies suggest that sperm production and function play a key role in reproductive success in this species, and the observed changes may thus boost the fertility of this species when water temperatures rise. The research team also included researchers from University of Sydney and the University of Antwerp.