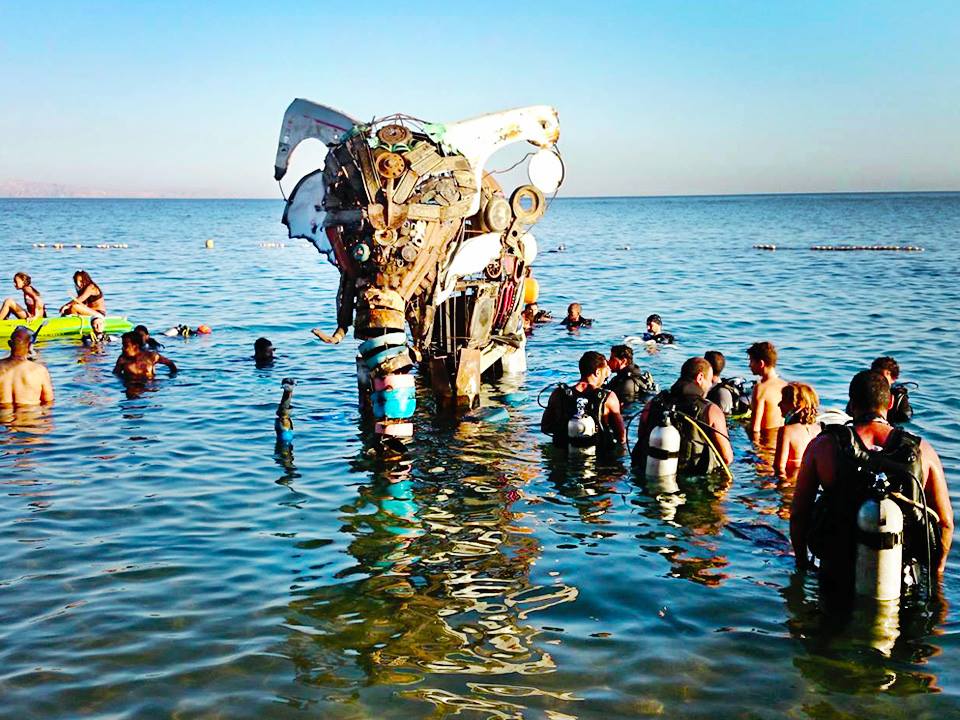 I have written about under water museums before on reefs.com. I don’t hide my support of what I think is an awesome blend of art and aquatica, which also promotes eco-tourism by encouraging divers to come to the area to check out the new museum sites and surrounding marine life. An Underwater museum is underway in the Red Sea, off the Egyptian Coast, as part of the Underwater Museum Coral Reef Preservation Project. The project was organized by the i-dive tribe, ‘a group of divers who are out to change the concept of diving in Egypt.’ Most peoples first thoughts of Egypt are more along the lines of deserts pyramids and tombs, not the amazing diving destination which it is. Over the past three years the i-dive tribe has submerged three large statutes, which have hundreds of open ended tubes to promote marine life to make it their home. The most recent addition to the museum is a life sized elephant statute, which was placed in Dahabs diving site last week. All the statutes, included the recent elephant, were designed by artist Hamed Mohamed. The elephant is made of recycled metal materials and weighs in at over 1700 pounds. The other two statutes include the Egyptian God of Joy and the Falcon God of the Sun, which are reported to be covered in soft corals. An underwater is certainly my kind of museum. MORE