We don’t mean to be alarmists, but be careful around your aquarium 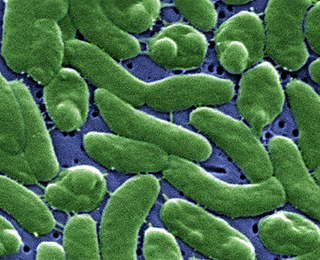 These little rod-shaped things can potentially kill you.


While it’s unlikely your tank contains this particular strain of bacteria, the truth is your aquarium water (both saltwater or freshwater) is full of potentially nasty bacteria and toxins that all aquarist must take seriously.

We previously reported about a girl that contracted another type of bacteria after she scratched herself in her freshwater aquarium when she was 8 years old.  The bacteria lingered in her system for over five years and became so bad that doctors considered amputating her infected hand.  We’re happy to report she eventually won her battle with the infection but not after it caused permanent neuro-vascular damage.

Then there’s palytoxin, the world’s second deadliest toxin, that many reefkeepers may expose themselves to unknowingly.  We’ve shared several stories from aquarists exposed to palytoxin which sent one into near respiratory arrest, another almost killed his whole family, and yet another who suffered eye damage.

This is just the tip of the iceberg.  Our aquariums, particularly saltwater aquariums, are veritable petri dishes and chemical soups.

The moral of the story is simple: Be careful.  We’ve preached this many times before and we’ll take every opportunity to continue to preach safety first when working around your aquarium.  Wear gloves.  Wear protective eyewear (like you would while woodworking).  Never work in your aquarium with an open wound.  Be especially careful with sharp objects (pruning/propagation tools, rocks, decorations, etc.) around tank-water.

We really don’t want to write a story about you.