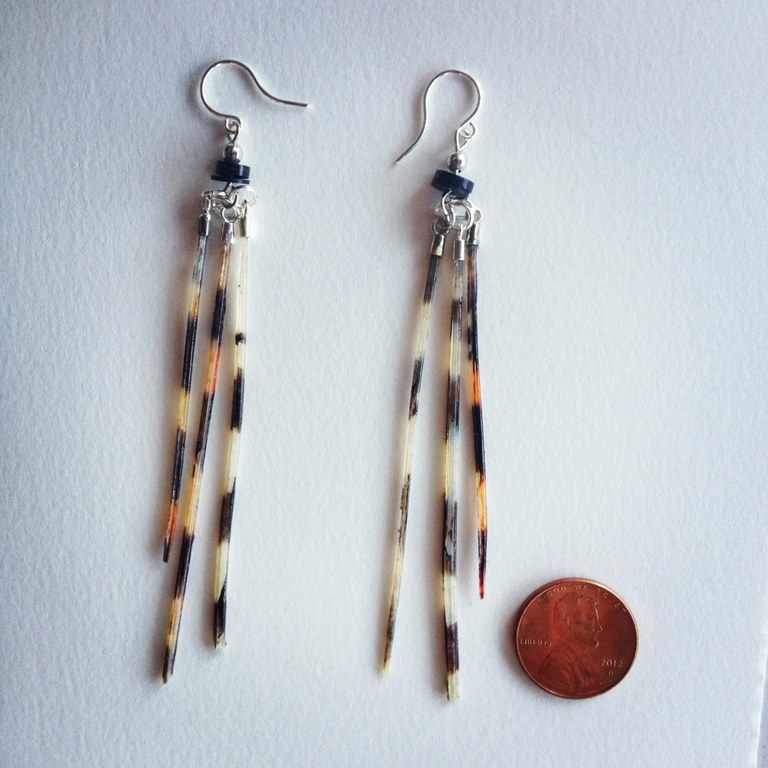 
As we have mentioned numerous times in the past, invasive lionfish are wreaking havoc on Caribbean reef fish populations. Local authorities have taken to holding lionfish derby events to control the population and intrepid individuals have gone as far as 3D printing their own lionfish spears for such events.

In addition to these activities, an industrious individual on Etsy has found a unique way to use lionfish: by creating decorative earrings from lionfish spines. Meghan Beatty, the owner of the Etsy store, was inspired to create jewelry from the lionfish spines after conversations with Phil Karp, a marine biologist who is working on controlling lionfish populations in Belize.

“Lionfish are an invasive species that is rapidly decimating marine ecosystems throughout the Caribbean, Gulf of Mexico and South Atlantic Seaboard of the United States. They have no natural predators and reproduce rapidly. They are also voracious eaters, sometimes reducing populations of native fish species by up to 90% in a matter of weeks.

Scientists and relevant government agencies have concluded that the only solution to the problem is human intervention to curb the lionfish population. The good news is that lionfish are very good to eat. The bad news is that they are difficult to catch – requiring spearing rather than line fishing or netting. Unless the economic return to fisherman can be increased [such as a payment per spine] they prefer to focus on other species which they can catch using traditional methods.”

According to Meghan, the lionfish spines used in her jewelry come from Southern Belize from fish that were harvested for their meat or for research. Each spine is fixed to a sterling silver crimp bead and ear wires are silver plated. The spines are filed for comfort and safety and are also coated with a clear polyurethane sealant, which will better preserve them. Each earring measures approximagely 4 inches from top of ear wire to bottom and are available on her Etsy store for $25 plus shipping: