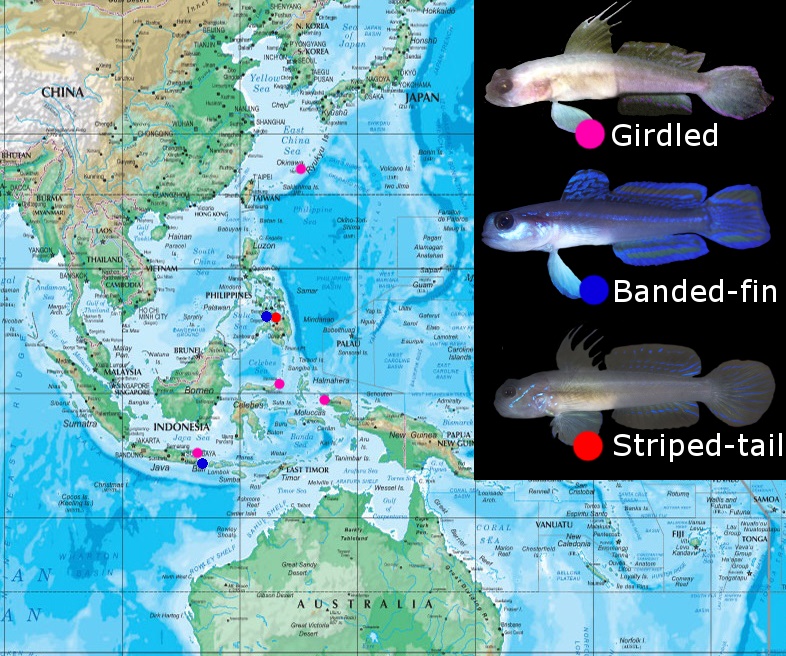 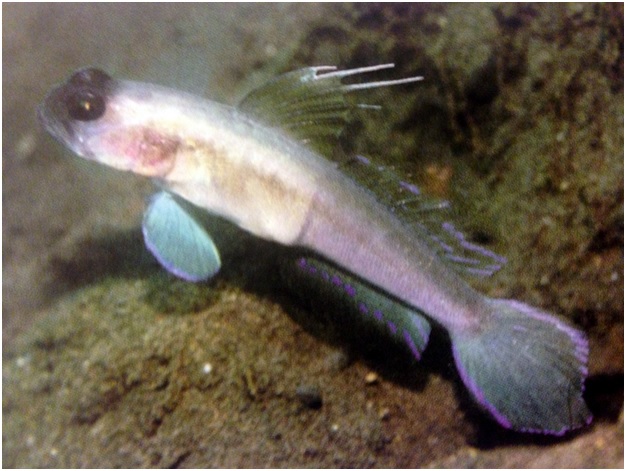 This species is documented in Allen & Erdmann’s Reef Fishes of the East Indies, but I have failed to find a single photograph of it online. It is reported from depths of 3-20m on mud bottoms in Bali, North Sulawesi, West Papua and the Ryukyu Islands. It’s possible some of these sightings may be erroneously confusing it with other undescribed forms, especially the record from the well documented waters of Japan. This species has a number of distinctive characters: 1) The longitudinal stripes are entirely lacking, as is the diagonal stripe and spotting from the head. 2) The body has a sharply demarcated line delineating a pale anterior and a darker purple-grey posterior, centered near the origin of the anal and second dorsal fins. 3) The first dorsal fin is short, with each spine extending as a white filament well beyond the membranes. 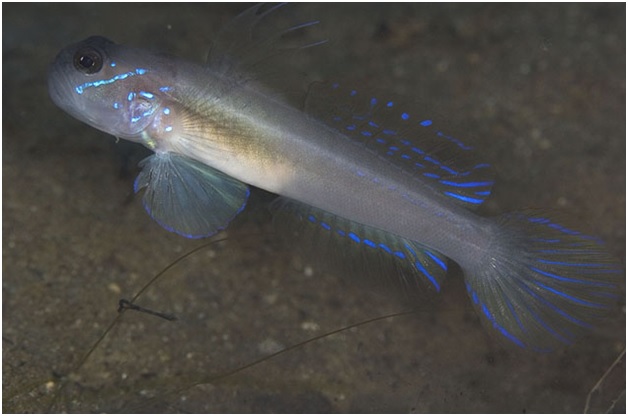 I could find photographs of only two specimens of this apparently undescribed form, both photographed on a single dive in Cebu, Philippines. 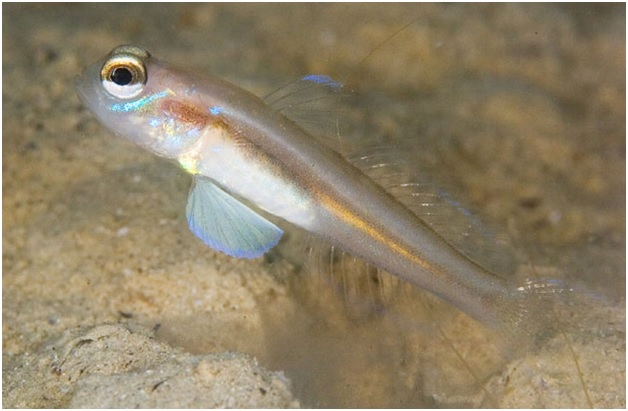 This species is most similar to the Girdled Shrimpgoby, but differs in several ways: 1) The caudal fin bears a series of radiating blue lines, on what appears to be a hyaline yellow background. 2) The pelvic fins are mostly clear, not white as in all other known variants. 2) The blue marginal band of the unpaired fins is absent or degenerate. In the caudal fin, only the medial edge of this band is evident. 3) Blue stripes and spots are present on the head, which are seemingly absent in the related Girdled Shrimpgoby. 4) There is no sharp color demarcation to the body, as in Girdled. 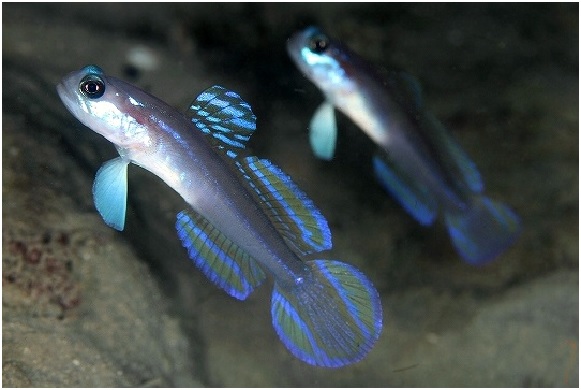 Note the rounded fin in both specimens of this pair. Credit: unknown

This is another poorly documented variant, with photographs existing from Cebu and Bali. I at first thought this was perhaps a female of the Striped Shrimpgoby, but multiple photographs exist showing paired specimens of both forms, and in both forms the first dorsal fin is similarly shaped in each sex. 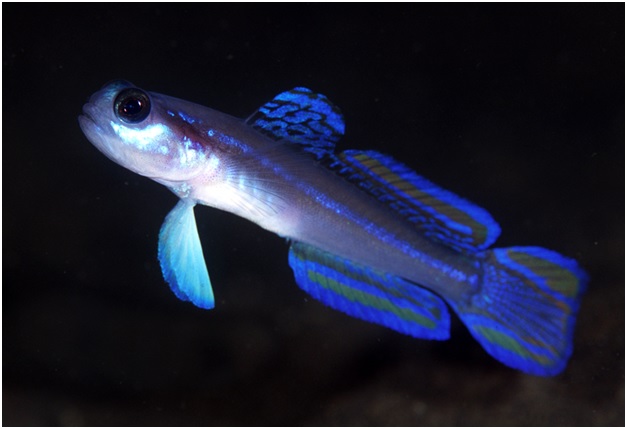 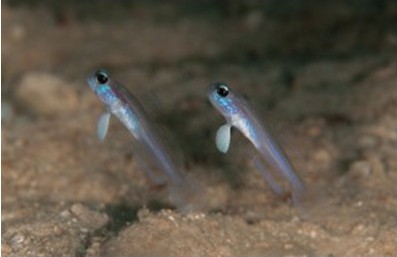 It can be identified as follows: 1) This is the only form in this complex of undescribed species which lacks any extensions to the first dorsal fin. This fin is short and rounded and possesses two or three irregular bands, which in mature specimens conjoin to fill the entire fin with an irregular reticulated pattern of blue. 2) A single longitudinal blue stripe, with no evidence of a ventral stripe. 3) The marginal bands on unpaired fins are unusually broad, filling more than half the fin in mature specimens. Secondary bands fill the spaces beneath these bands, and the medial membranes of the caudal fin are extensively colored with blue.