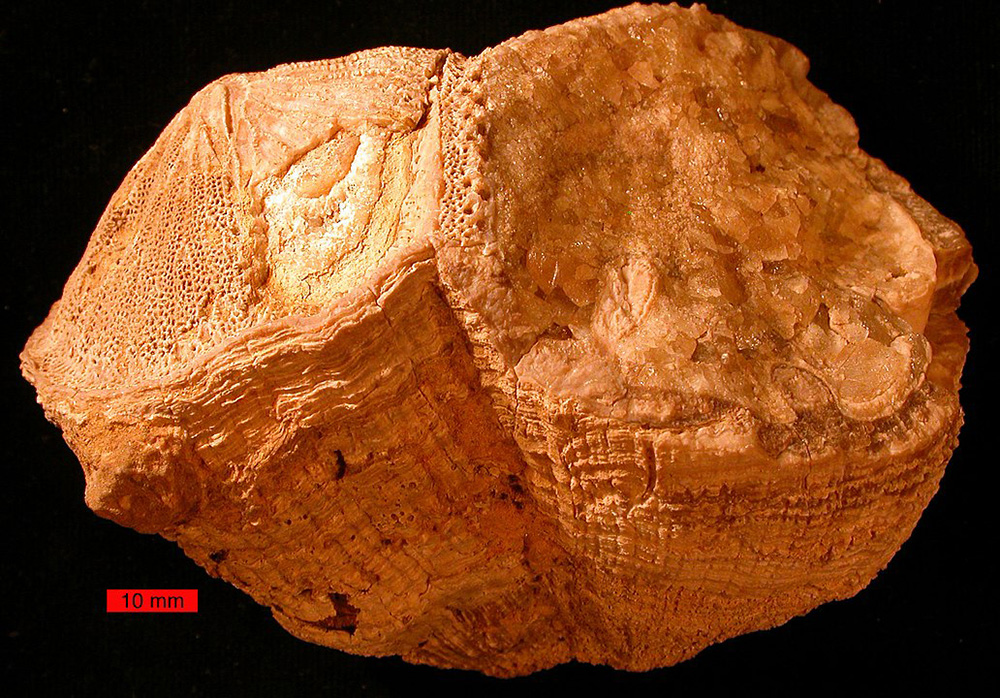 It may come as a surprise to you that you can tell an awful lot about the past from shells, and not just the recent past either, but the late cretaceous.

Research published in the journal Paleoceanography and Paleoclimatology looked at the growth rings in a fossil shell – a relative of today’s modern clams, and found that seventy million years ago, the day was an hour shorter. The team used a fossil of a clam relative called Torreites sanchezi from a group of molluscs known as ‘rudists’, found in the mountains of Oman.  The individual lived for nine years.  It is believed these molluscs built reefs, filling the role played today by corals.

“Rudists are quite special bivalves. There’s nothing like it living today,” de Winter said. “In the late Cretaceous especially, worldwide most of the reef builders are these bivalves. So they really took on the ecosystem building role that the corals have nowadays.”

Growth rings in molluscs have been investigated for some time, but what made this study unique was the use of a laser to make very small incisions into the fossil giving results that showed the width and number of the daily growth rings with far more accuracy than doing so by eye.

The analysis showed the animal grew more quickly in their day, suggesting the animal had photosymbionts in its tissues, similar to modern tridacnids.

“We have about four to five datapoints per day, and this is something that you almost never get in geological history. We can basically look at a day 70 million years ago. It’s pretty amazing,” said Niels de Winter, an analytical geochemist at Vrije Universiteit Brussel and the lead author of the new study.

Seasonal variations were also evident and allowed researchers to count the number of days in the year, a figure of 372 days.

What really impresses me is the fact that these measurements can be used to show how the relationship between the Earth and the Moon has changed.  As tidal forces slow the orbit of the moon, it moves farther away (1.5 inches per year) and our days grow ever so slightly longer.

This study has shown that this rate of change has not been even over time.  Who knew a clam’s shell would be useful in modelling the Earth/Moon system?