What came first the beak or the shell? 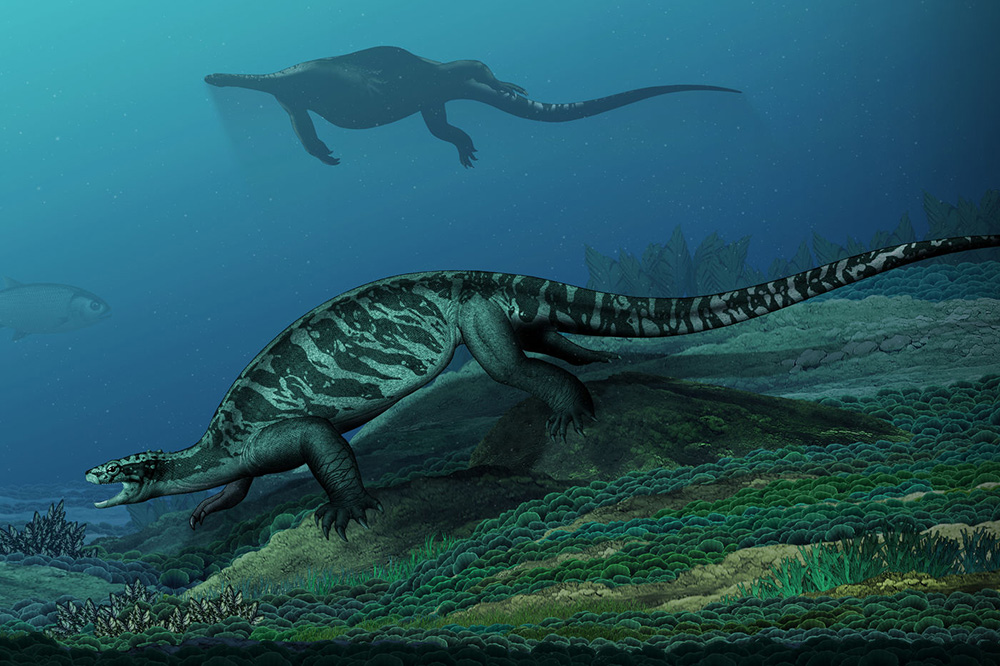 New fossil evidence shows that at least one early turtle relative evolved their characteristic beaks before their shells, according to a report in Nature. 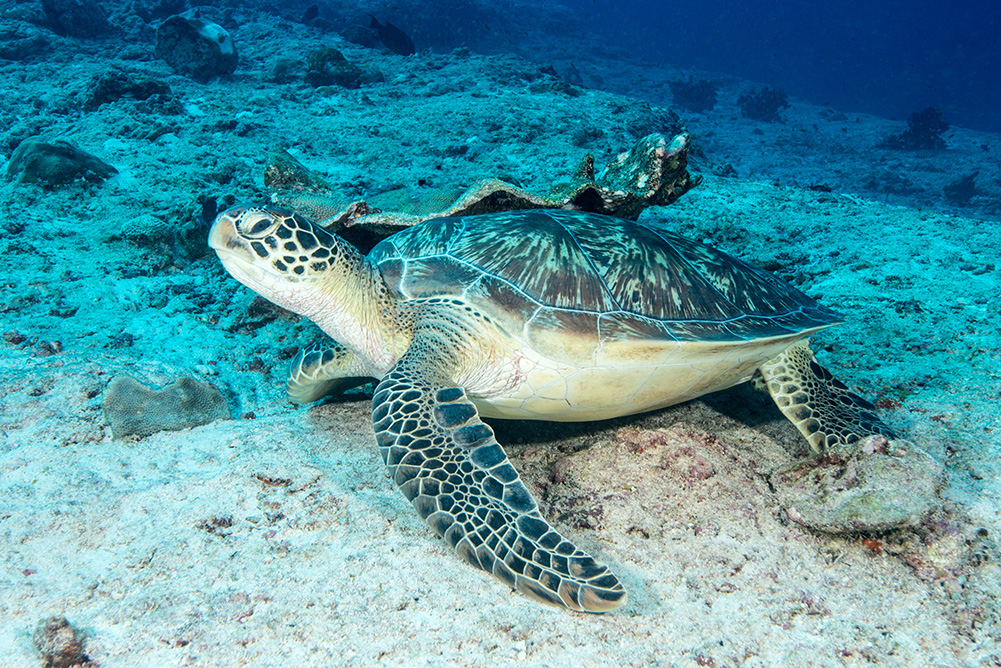 “This creature was over six feet long, it had a strange disc-like body and a long tail, and the anterior part of its jaws developed into this strange beak,” says Olivier Rieppel, a palaeontologist at Chicago’s Field Museum and one of the authors of the paper. “It probably lived in shallow water and dug in the mud for food.”

The new species has been given the somewhat difficult name of Eorhynchochelys sinensis which means ‘dawn beak turtle’. The fossil is 228 million years old and was found in China.

This find adds significantly to palaeontologists’ knowledge of turtles. Another species shows an animal with no beak and a partial shell, suggesting that these ‘standard’ turtle characteristics evolved separately in a process called mosaic evolution. In effect, there wasn’t a smooth transition as the characteristics developed, but a series of developments in different strands of the ‘family tree’ (to use a less than ideal analogy).

“This impressively large fossil is a very exciting discovery giving us another piece in the puzzle of turtle evolution,” says Nick Fraser, an author of the study from National Museums Scotland. “It shows that early turtle evolution was not a straightforward, step-by-step accumulation of unique traits but was a much more complex series of events that we are only just beginning to unravel.”

The study also provides evidence that turtles are more closely related to modern lizards and snakes than earlier reptiles known as anapsids.

“With Eorhynchochelys’s diapsid skull, we know that turtles are not related to the early anapsid reptiles, but are instead related to evolutionarily more advanced diapsid reptiles. This is cemented, the debate is over,” says Rieppel.