What is the ESA? 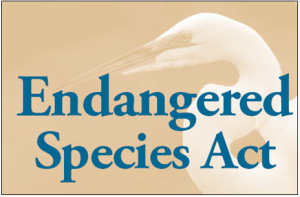 Reading the chatter swirling around the reef aquarium hobby, it seems like many aquarists are upset that the first popular home aquarium fish, the Banggai cardinalfish, has been listed as threatened via the Endangered Special Act (ESA). Even though the National Marine Fisheries Service has yet to recommend any restrictions on keeping or trading the species, many aquarists have cited outdated data as the culprit behind the listing. They remind everyone that for years now Banggai cardinals have been captive bred, and collected from areas where they are considered invasive. While this is true, various experts claim the fish is still often collected from its native waters. NMFS cited the fish’s limited geographic range and isolation as a factor in their decision to list the species under the ESA.

Just what is the ESA? We hear about it all the time, each time any animal that is “endangered” is discussed. What does an ESA listing really mean, how did it start and does this listing really mean the world’s population of Banggai cardinalfish are under threat of going entirely extinct? 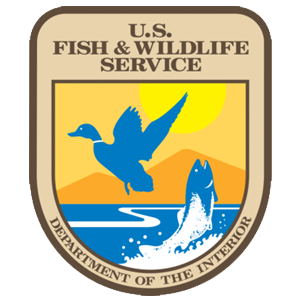 The ESA is one of a few dozen environmental laws in the United States, which passed in the 1970s. It is the enacting legislation meant to carry out provisions set forward in The Convention on International Trade in Endangered Species of Wild Flora and Fauna (CITES). While some aquarists have commented that the ESA is a liberal agenda, it was actually signed into law by Republican president Richard Nixon in 1973, and was designed to protect imperiled species from total extinction due to the activities of economic growth and development ignoring the needs of conservation. The U.S. Supreme Court has stated that the intent of Congress in enacting the ESA was to halt and reverse the trend toward species extinction, whatever the cost. Both the U.S. Fish and Wildlife Service (FWS) and the National Oceanic and Atmospheric Administration (NOAA) have administration authority over the ESA.

It was the near extinction of the Bison, along with the disappearance of the passenger pigeon, that helped drive a strong push towards conservation legislation in the 1900s. In fact, it was the Lacy Act of 1900 that stands as the first federal legislation regulating commercial animal markets. 1929 saw the landmark Migratory Bird Act, and 1940 gave rise to the Bald Eagle Protection Act. It was president Richard Nixon (a staunch Republican) that declared existing legislation wasn’t enough to protect diminishing species. Congress responded to that call with a completely re-written law, what is now known as the ESA. In reality, the ESA was written by lawyers and scientists, including the first head of the Council on Environmental Quality, Dr. Russel E. Train.

As far as marine species are concerned, NOAA along with their arm NMFS, handle administration over species protection. In 2014 the Republican controlled House of Representatives passed the 21st Century Endangered Species Transparency Act, which would force the federal government to disclose what information they are using to decide on a listing, although President Obama promised to veto the bill and it was unlikely to pass through the Senate.

Any public or private entity, or government arm, can petition to have a species listed under the ESA. In the case of the Banggai cardinalfish, it was the conservation group Wild Earth Guardians who submitted the original petition. For a listing to be considered, the species being proposed must meet 5 key criteria:

Either the U.S Fish and Wildlife Service, or NOAA can directly list a species through a candidate assessment program, or an individual or group can petition to have a species listed. The species is required to be a true taxonomic species, subspecies, or distinct population segment. During the listing process economic factors cannot be considered, and the listing must be based solely on the best scientific and commercial data available. President Ronald Regan attempted an executive order which would have required economic analysis of ESA actions, but congress refused it, stating that, “economic considerations have no place in determining the status of a species.” 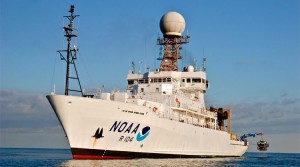 If the petition includes substantial information and meets all required criteria, a status review begins and a comprehensive assessment of the species’ biological status and threats is compiled. This results is either a warranted, or not-warranted designation, regarding the species and ESA listing potential. If a finding of not-warranted is determined, the listing process ends.

Within one-year a final determination must be made, whether or not to list the species. Public notice must be given through newspapers and communicated with state and county agencies. A public hearing is mandatory, if any person requests one within 45 days of the first published notice. The public hearing is intended to spur meaningful public participation in the rule-making process. 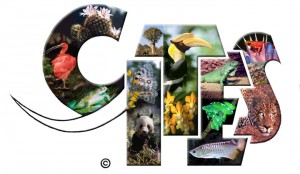 NMFS and NOAA have not yet proposed any regulation for keeping or trading Banggai cardinalfish. For the time being, it’s business as usual for aquarists, collectors and retailers. In the near or distant future, NOAA could present restrictions that apply to fish collected from the Banggai’s natural range, or to fish bred in captivity and collected in areas where the Banggai is considered invasive.

It’s my personal assumption that if NOAA and NMFS do impose restrictions, they will largely center on wild-collected Banggai cardinalfish imported from their natural range. A concern is that occasionally wild-collected fish are bundled in and marked as captive-bred, so it’s possible NMFS would put restrictions in place to prevent this, or if they see fit restrict the trade in this species altogether. I also assume the rise of captive bred Banggai cardinalfish, and collection of invasive fish plays a role in NMFS not issuing any proposed restrictions at this point. They very well may wait and see how the trade reacts to the listing before deciding on restrictions. 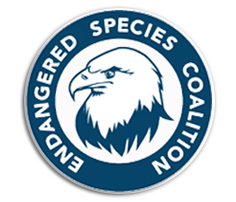 The ESA is a prime example of powerful conservation legislation that transcends the dichotomy of liberal or conservative. Legislators of both political stipes have enacted and upheld the ESA for 43 years. It’s unlikely that the ESA is going anywhere, and attempts to water it down have often proven futile. For aquarists keeping Banggai cardinalfish, whom really enjoy the species, it may be a good time to look at breeding them for trade or sale with fellow hobbyists. For aquarists looking for Banggai cardinalfish, it’s very important to purchase captive-raised fish. The price of captive bred Banggai cardinals has dropped dramatically. If an aquarist purchases a wild-collected Banggai cardinal, they may ignorantly be encouraging collection from its native range, which could lead to restrictions on owning the species. For a species to be de-listed and removed from the ESA, a variety of factors would have to be proven. Threats to wild, native populations would have to be eliminated, the overall population would need to rise dramatically and stability of habitat would need to be proven. Needless to say, I don’t think the Banggai cardinalfish will be de-listed from ESA anytime soon, and certainly not if collection and sale of wild, native fish continues.