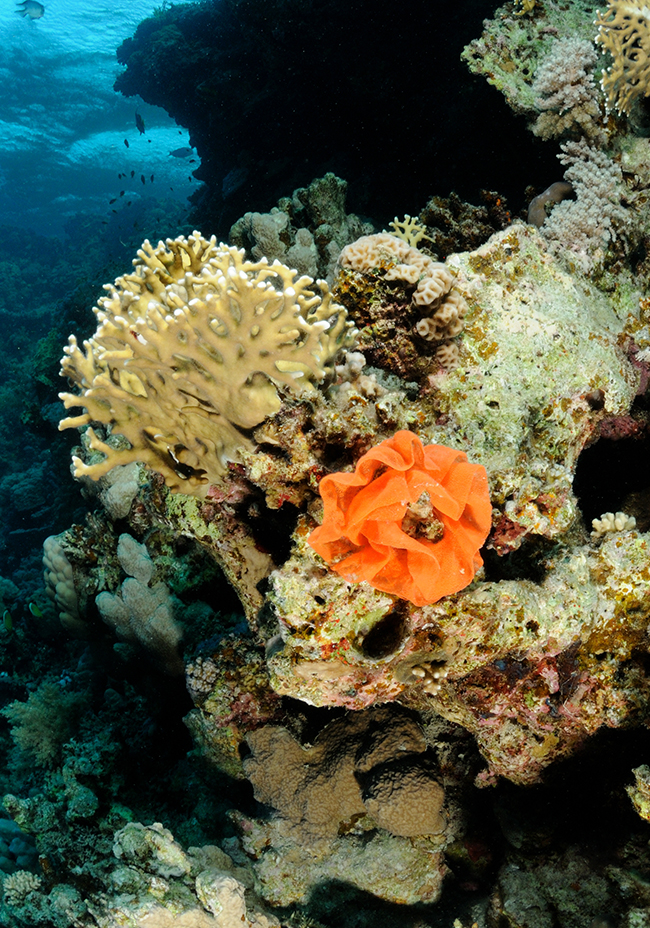 What on Earth is that?

So I’m finning along a well-lit Indo Pacific Reef. I’m enjoying myself and just ‘takin’ it all in’.  The sunlight is streaming down onto the coral wall, the anthias are swimming in and out of the coral heads, and I’ve one eye out into the blue hoping for something large and pelagic to wander past. Out of the corner of my eye I spot something red; what on earth is it?

Red is not a common color underwater. There may be many animals with red pigment, but below a few meters you don’t tend to see red without the aid of a good, hand-held light source. So here was a strange object that I took, at first, to be some filmy plastic snagged on the reef. On closer inspection, it looked like it was arranged in a spiral and had a granular structure. Weird!

Back on deck the dive guide put me out of my misery: what I’d seen was a mass of nudibranch eggs and by the size of them, they were hexabranchus sanguinea, the impressive looking and equally vivid red Spanish Dancer. I had to ‘see me one of them!’ 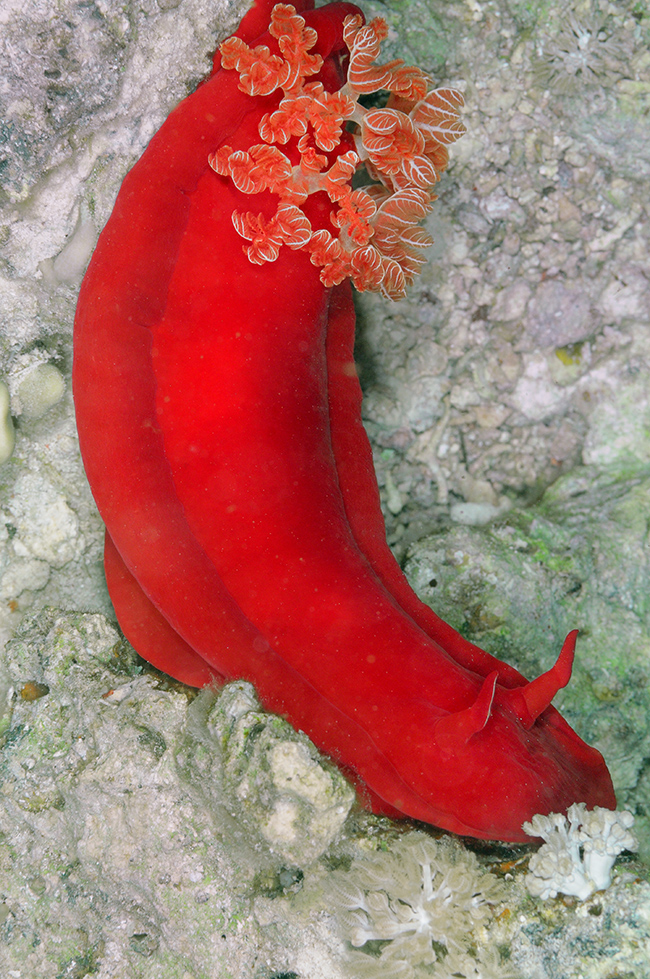 A few days later we were on a night dive, and as I used my flashlight to peer into the reef, I finally spotted a patch of red and managed to see my first hexabranchus, around eight inches long and sporting six fantastic naked gills on its back (hex=six and branchus= gills, sanguinea refers to its blood-red color). 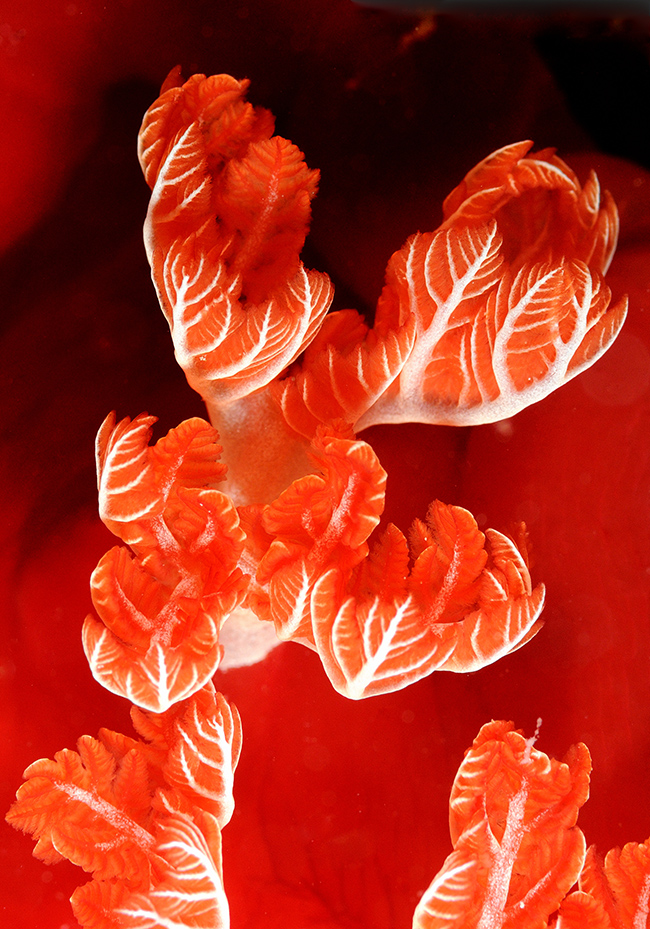 Some individuals host small shrimp in their gills

I was immediately transfixed, what an animal, but I wanted and hoped to see it free swimming, when its sides would ripple and resemble a Spanish Flamenco dancer’s skirts.  Fortunately I remembered the mantra to ‘look but not touch’, as I later leaned that a disturbed free-swimming hexabranchus can’t follow its slime trail back to its day time hiding spot and ends up in a lot of trouble.

NB H. morsomus is the Caribbean species. Both eat sponges and store toxins from their food source in their flesh. Needless to say, they are not for the aquarium.