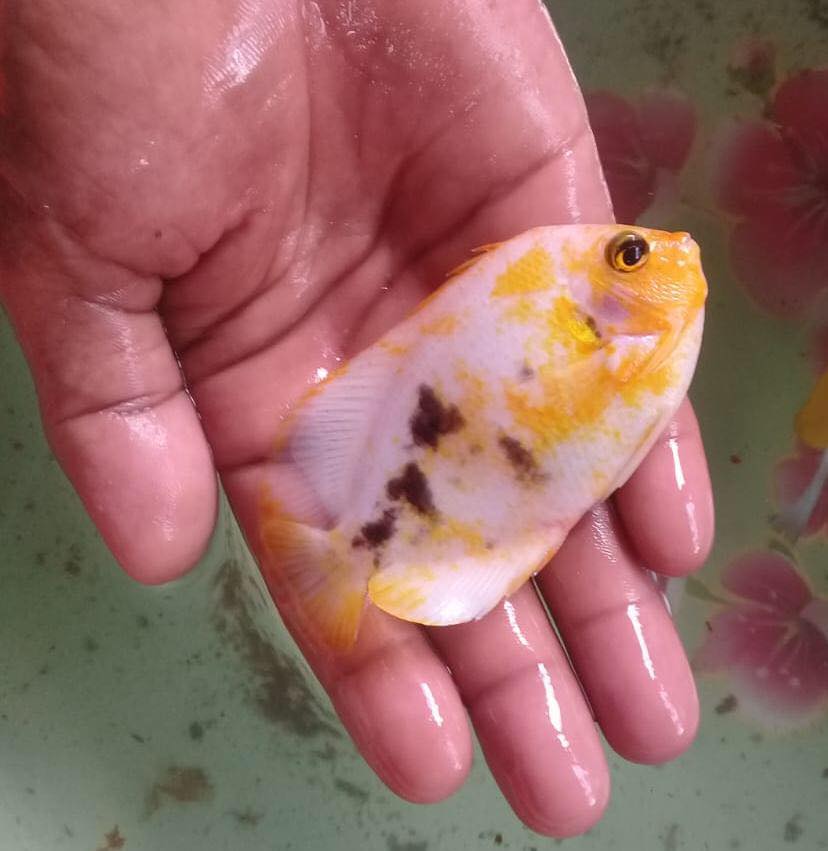 One of the most common color aberrations seen in reef fishes results in a piebald, koi-like mix of yellow, white and black. It’s been encountered most regularly among the surgeonfishes, especially those in Ctenochaetus and Zebrasoma, but it also shows up on occasion among triggerfishes and damselfishes and, as seen here, in angelfishes.

This bizarre specimen is a bit of a mystery. It’s clearly one of the Centropyge species, but which one? It was apparently collected somewhere around Jakarta, which helps us in narrowing down an identification. We can probably rule out some of the yellow members of this genus, like the Lemonpeel Angelfish (C. flavissima) and Herald’s Angelfish (C. heraldi), which occur a bit outside the presumed collection locality.

The shape of the head (in particular, the terminal position of the mouth), point towards this individual belonging to the “true” Centropyge lineage, which leaves us with just a couple of plausible choices. The Bicolor Angelfish (C. bicolor) is widespread and yellow, but it doesn’t have much in the way of black pigmentation. And so that suggests that our mystery fish is the Dusky Angelfish (C. multispinis), which, true to its name, is a fairly dark species.

Just last year, another aberrant specimen from this species showed up in the Maldives sporting a very convincing mimicky of the elusive Apolemichthys guezei. It’s really a shame that this species doesn’t come in yellow a bit more often. It seems that hiding somewhere just beneath its somber exterior is a completely different fish, one which actually has the potential to be a nice looking Centropyge. It’s hard not to look at C. multispinis and see a missed opportunity.

[Update: I was reminded that Centropyge nox is also a fish that exists, which is another plausible identity for this individual. A new photo of this specimen shared by ACI Aquaculture shows that it has quickly darkened since collection, a period of just a couple weeks. Will it revert to a normal phenotype, or has it just developed an aquarium tan?] 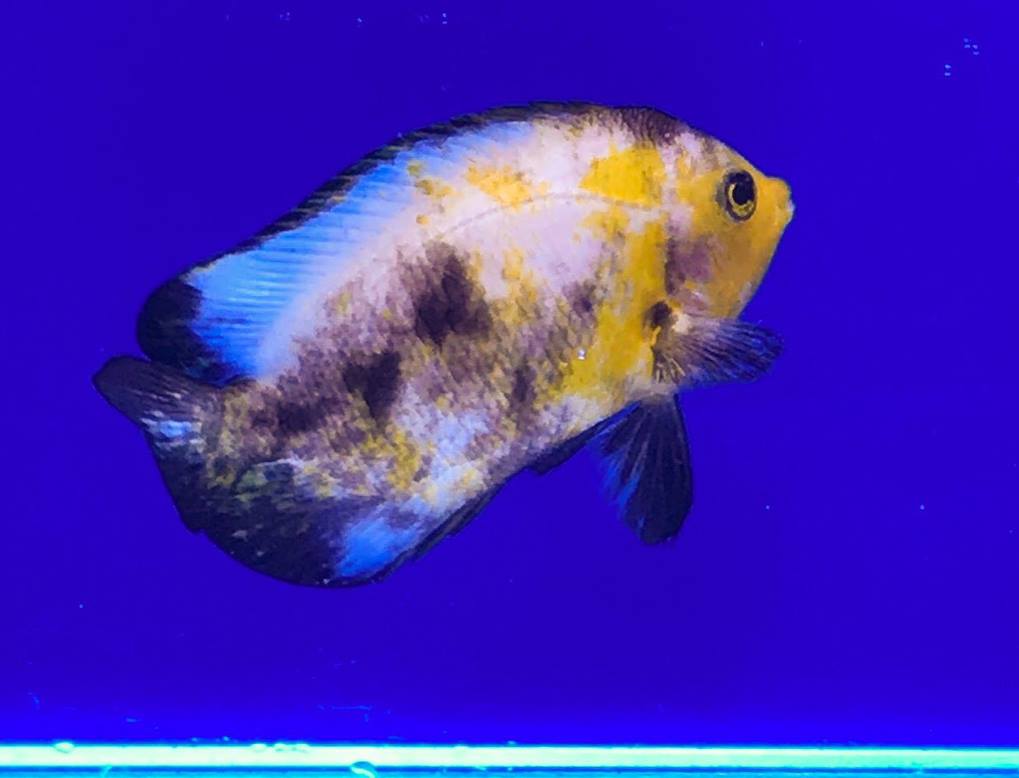