The marine conservation lobby has been celebrating a small victory of late, with the banning of plastic microbeads in the US, but why are such small objects so troublesome? 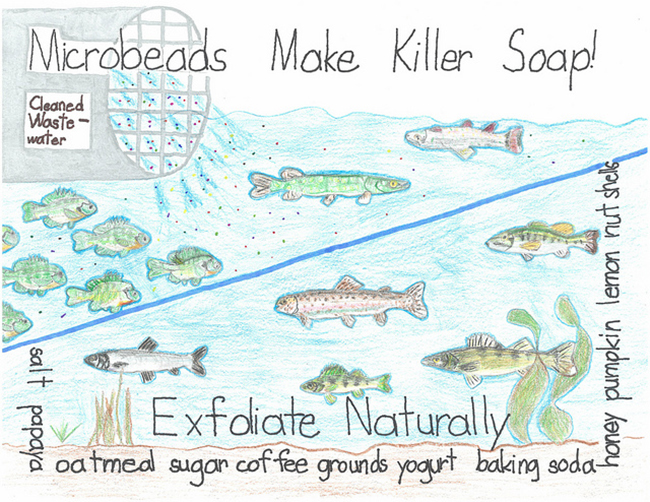 Plastic microbeads are getting everywhere.  The main culprits are beauty products like shower gels and toothpaste.  The thing is, they don’t always get removed by waste water treatment plants and ultimately find their way into marine life and even into you and me.  It’s not often that marine conservation campaigners are celebrating, but the recent ban on selling or distributing products that contain microbeads in the US is a certainly a good thing.

The nuisance little balls of plastic (a study estimated eight trillion are washed down US drains every year) have also been banned in Canada and conservation groups such as whale fans and all-round eco warriors Greenpeace are lobbying for the UK Government to follow suit with a ban.

David Cameron’s government has not as yet lived up to its promise to ‘be the greenest government ever’ in many people’s opinions.

The beads (defined as any solid plastic particle under 5 millimeters) in the US legislation are added to products to give an exfoliating sensation or a mild abrasive action, but like the rest of the plastic we use, they do not degrade and easily find their way into water courses and the seas; recent studies have even found them in what we used to think of as pristine arctic sea ice.  The study also showed that increased ice melt in a warmer world will allow plastic that has been trapped by the sea ice over the decades to return back into the oceans.

Plastic in the oceans is a well-known problem, from entanglement issues to animals such as sea birds eating floating plastic items, mistaking them for food.  Microbeads cause a subtler and more insidious threat; along with other tiny plastic particles, they can be ingested by a range of marine life from fish to filter feeding mollusks.  The particles can then migrate from the animals’ digestives systems and lodge in their tissues.

Micro plastics can also absorb toxins and, if they pass into animal tissues, they can transfer toxins such as flame retardants and pesticides into the tissue of any animal, including humans, further up the food chain.

The science on this subject is still in its infancy, but several studies have indicated that micro plastic can cause cellular necrosis, inflammation and lacerations in the digestive tract and micro plastics are associated with bioaccumulative and/or toxic chemicals.