What’s stranger than a fish with no eyes? 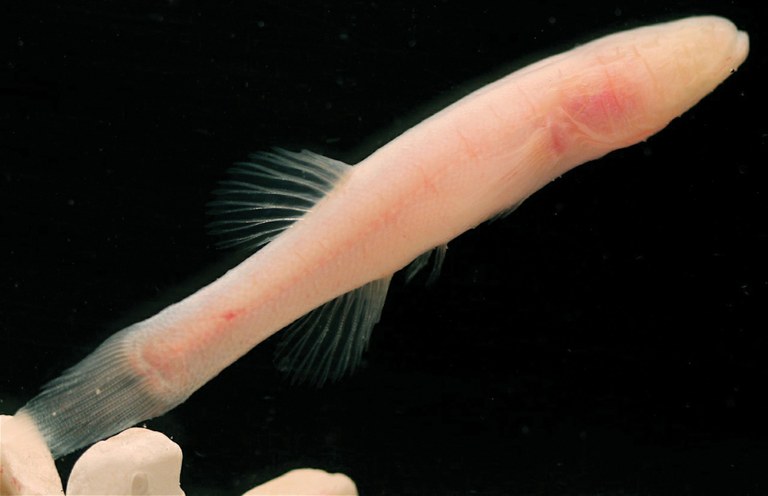 
Amblyopsis hoosieri (named after the Indiana Hoosiers) is the only other cave fish in its genus, and it really ratchets up the weirdness factor.  While it lacks pigments and eyes like many cave fish, A.hoosieri retains its rhodopsin gene, the gene responsible for the perception of light. The presence of this “visual” gene in an eyeless fish living in pitch darkness would suggest that some of A.hoosieri’s DNA has yet to catch up with the rest of its morphological evolution.

What’s more, this cave fish broods its eggs in its gills … an extremely unusual breeding habit but also a behavior that makes practical sense when coping with the extreme cave environment where visual tending of eggs is impossible.