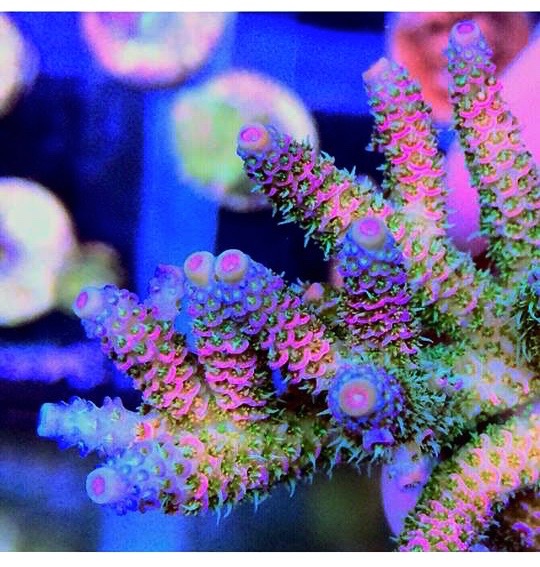 As an avid collector of Acropora species I have noticed in the last couple of years that rainbow hued acropora seem to be popping up everywhere. So it gets me to pondering where were all these colorful sticks a decade ago? Of course rainbow montipora was probably the first and most well known, multi-hued hard coral to come into the hobby. A few years later when maricultured acropora started to come in more frequently, rainbow colored millepora colonies would make an infrequent appearance. Sadly most of these would turn into solid or two-tone corals under metal halide and T5 lighting.

Since then and especially in the past few years we have seen a growing number of brilliant colored sps corals appear on the scene. These corals of course are highly collected and most go for a pretty penny, like the beautiful Walt Disney acropora which fetches $800 – $1000 per fragment. Mike Biggar says his Walt Disney acropora maintains the best 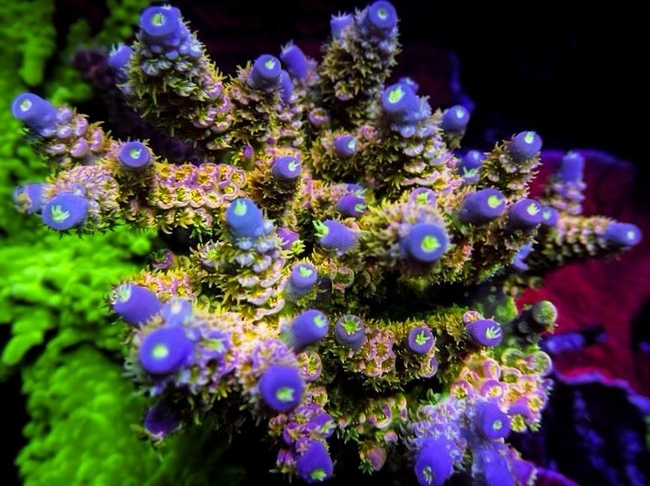 Recently I asked two different Facebook groups that specialize in sps loving hobbyists where they thought rainbows come from, there are a variety of opinions why more rainbow colored corals are showing up nowadays. Some people think corals are being collected from new areas with collectors being more educated about what sells best, newer lighting is capable of maintaining colors that we never could before, trace element supplementation has improved and we are better able to tweak water chemistry, and a few reefers think that these corals are all just photoshopped and don’t really have rainbow colors at all.

Maybe corals, like plants have learned that we tend to spread more colorful species over propagating brown or grey types. Whatever your opinion is, its obvious that fantastically colored corals are here to stay. I wonder in another decade if all of the corals in our aquariums will be rainbow hued or maybe they will all be grafted? 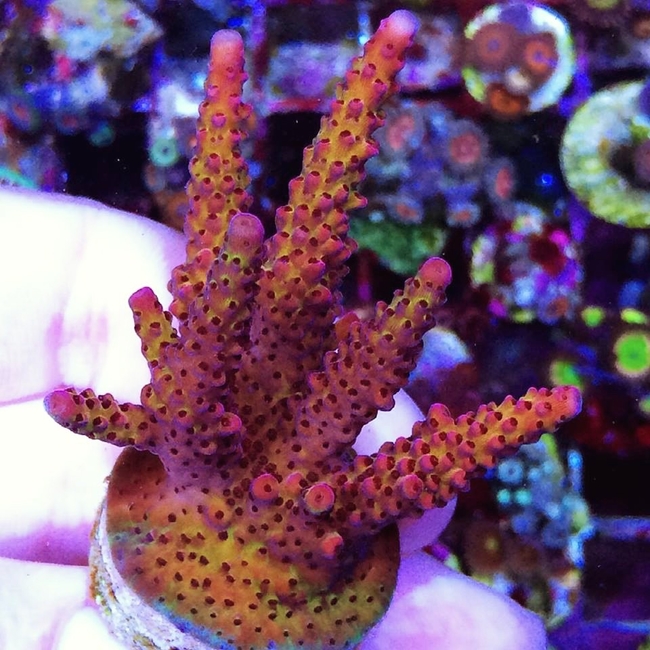 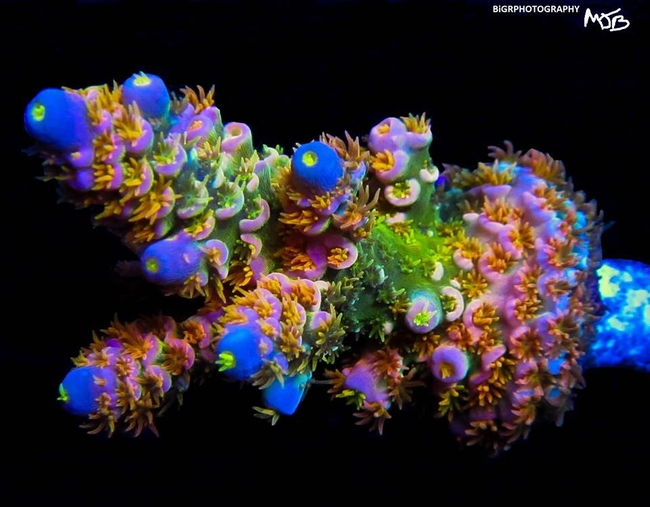 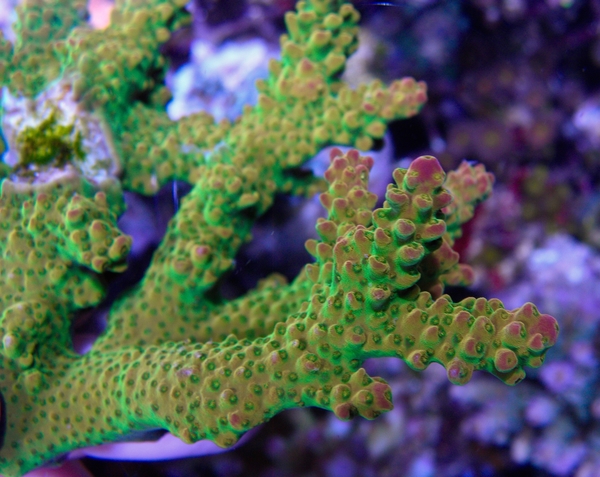