Who Knew we had an 85 Mile Long Coral Reef off the Coast of SC? 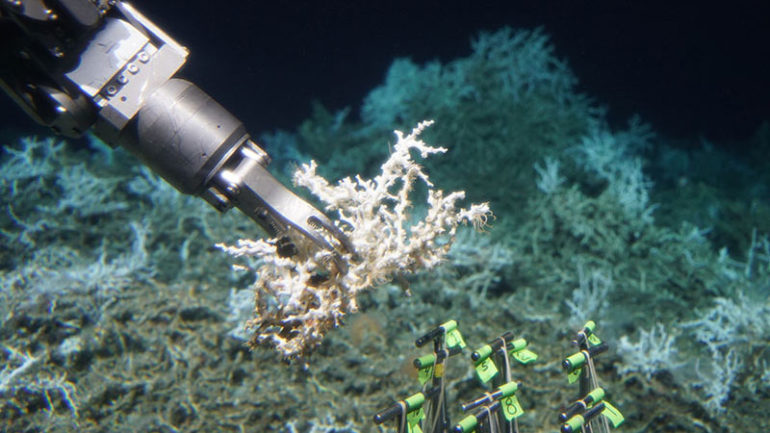 Alvin collects a sample of Lophelia pertusa from an extensive mound of both dead and live coral.

The coral reef is thousands of years old and it’s been in hiding from us until now. The chief scientist who helped make the discovery called it unbelievable.

Little is known about the natural resources of the deep ocean off the United States so scientists formed “Deep Search 2018”. The group is compromised of scientists from the National Oceanic and Atmospheric Administration, the Bureau of Ocean Energy Management, and the US Geological Survey. The expedition is nearing the end of its 15-day voyage aboard the research vessel Atlantis.MORE