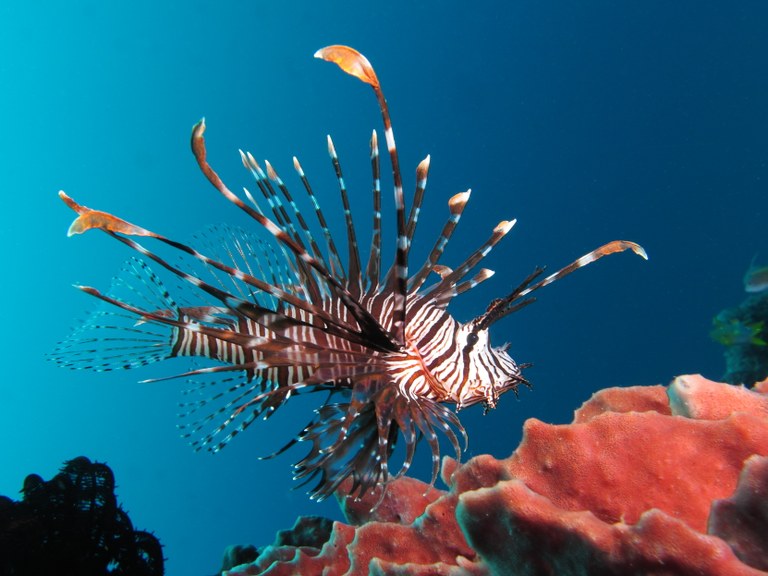 
Lionfish, as most Advanced Aquarist readers know, are beautiful Indo-Pacific reef fish that were inadvertently introduced into the Atlantic a decades ago, where they are now causing havoc on the ecosystem.  These invasive fish are both prolific breeders and efficient ambush predators; this combination has resulted in a lionfish population explosion, and subsequently populations of native fish (both small prey fish as well as competing mesopredators like snappers and groupers) have dramatically declined.

There have been many efforts by various organizations (private and government) to control invasive lionfish populations.  The latest efforts have centered around making lionfish meat palatable to the American consumer.  Early indications are that Americans may enjoy lionfish as part of their regular diet; lionfish meat is white and flaky, with a taste reminiscent of snapper or mahi – fishes Americans already accept.

Whole Foods will be the first US supermarket chain to carry lionfish meat at multiple locations, starting with (naturally) Florida markets.  The meat will be priced at $9.99/lb.  Staff have been trained to remove the venomous spines so the fish will be completely safe for consumers to prep and cook.

If you get a chance to try lionfish, do so.  They’re rather tasty, and you’ll do your part for the environment.