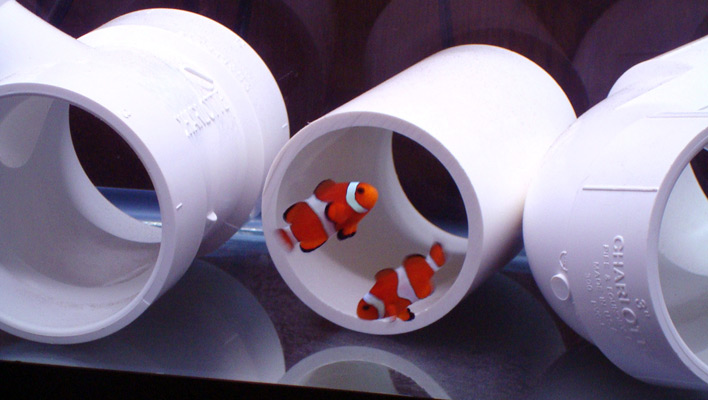 Is It Okay to Quarantine Multiple Marine Fish at Once?

For most of my years as a saltwater aquarium hobbyist, I’ve made a point of quarantining all new fish before introducing them to my main system. By and large, my approach to the quarantine process has been observational—that is, watching specimens closely for signs of disease and treating them only if symptoms appear in order to avoid stressing them unnecessarily. However, (relatively) recent events have me questioning whether I’d be better advised to treat all quarantined specimens prophylactically rather than wait for symptoms to arise.

Allow me to set the stage: A few years ago, my wife, Melissa, and I sold our old home and moved into a smaller one after an intervening year in a rented duplex. Naturally, once we got settled in, I took the first opportunity to set up my old 125-gallon tank, which had been in storage throughout the transition. Once I got the system up and running and began to cycle it, I set up a 29-gallon quarantine tank and acquired three specimens—a yellow tang, Niger trigger, and coral beauty. My plan was that these three would be the tank’s only fishy inhabitants (at least initially) along with a percula clownfish that I’ve had since 1997 MORE