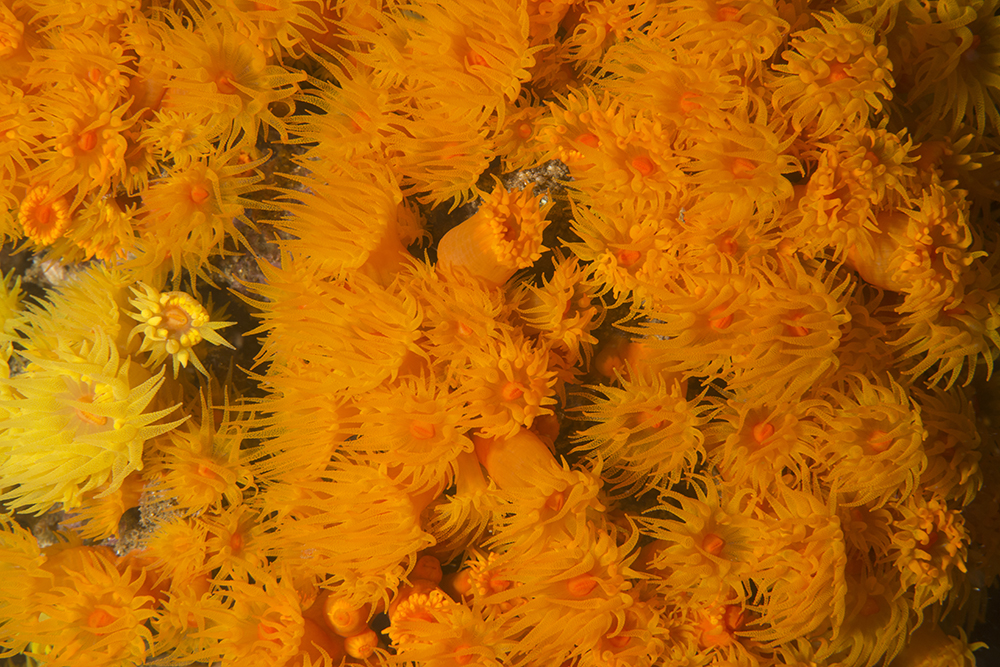 A quick look on Wikipedia, and a few other sites, confirms something I’ve long suspected: Orange Cup Coral really does seem to favor growing on shipwrecks.  Here are some examples of wonderful growths from the Arabian Sea. 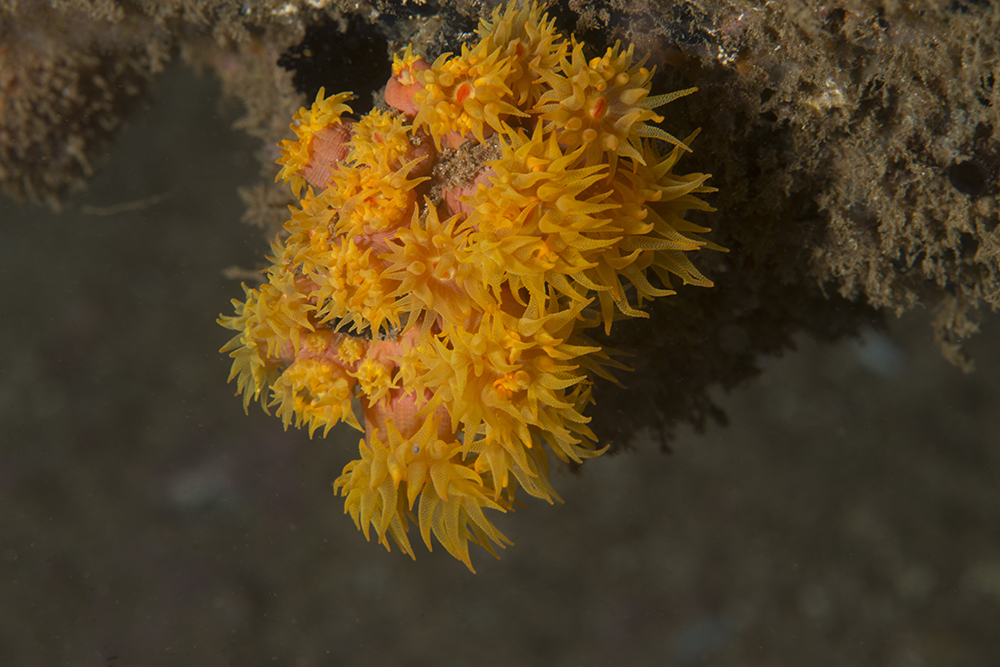 Shipwrecks are amazing.  Not only are they history rich, but they are potentially species rich as well.  Sadly, I can’t tell you anything about this particular wreck.  It has a story, they all do, but as of yet, the diving community hasn’t heard it.

I found the wreck quite dull during the day, just a jumble of scrap iron; but at night, wow! 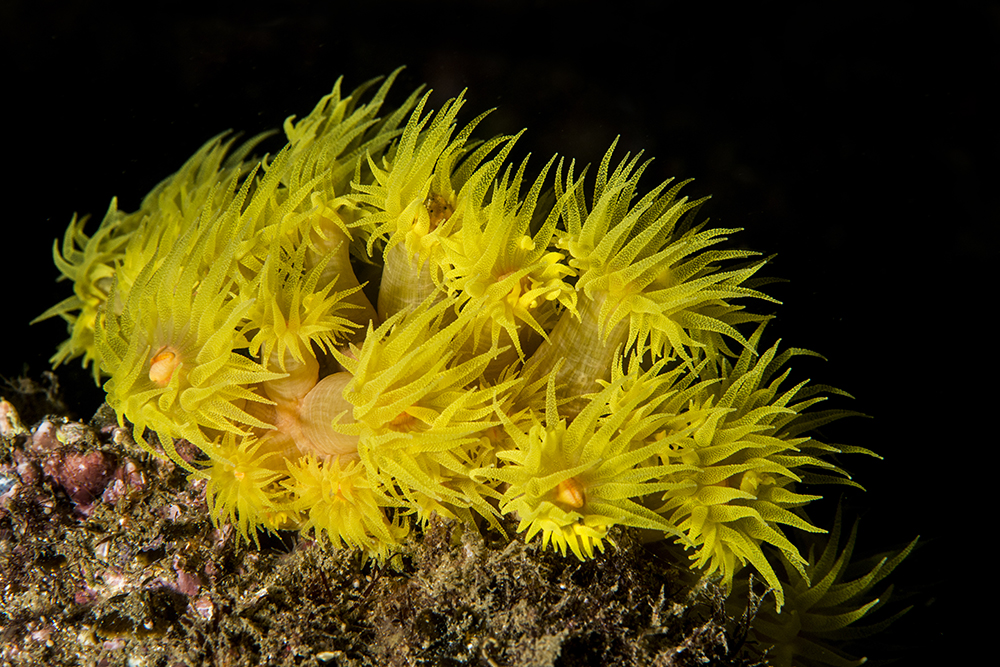 Two of the most robust structures in any steam-driven ship are its boilers, and this ship’s had come to rest fairly close to each other, leaving just enough room for a diver to swim through, but little else. The shade provided and the impact the vast lumps of metal had on creating local currents formed an environment that is ideal for Tubastraea.

I particularly liked the two colors, that orange is just stunning, especially on a dark reef at night, with little if any other color.

The shot below shows a piece of steam engine that I’m not entirely convinced is a boiler.  Might it be a condenser?  There appears to be two structures here.  What you can’t see from this image is that I’m shooting through a hole in what I initially took to be the boiler’s external wall.  As ever, if anyone knows how to tell, please do let me know. 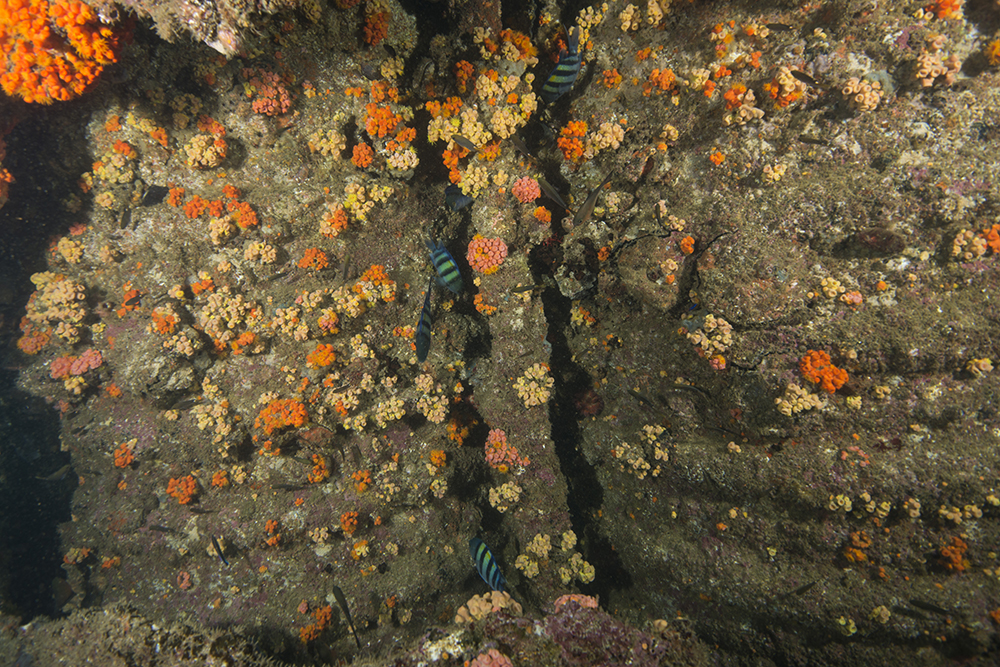 Whatever function it once served, it is now playing host to several Sergeant fish (Abudefduf vaigiensis).  I assume they are looking for egg-laying sites.