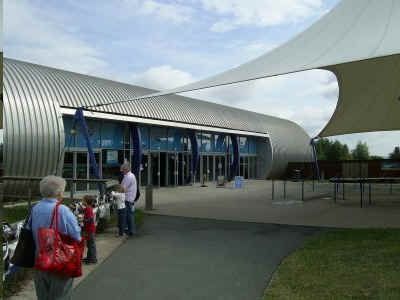 A new system for monitoring fish health is going to be used for the first time in a public aquarium. The monitoring system will debut at England’s Blue Planet Aquarium. The system was developed by Lynne Sneddon, an expert who is known for discovering that fish can feel pain. Dr. Sneddon and her team at the University of Liverpool have created a system, based on three years of dedicated study, that is not invasive and yet manages to monitor the health of the fish. The system picks out those fish who are not swimming in a normal, healthy fish pattern. Cameras are used to identify the patterns of healthy fish. When an abnormal pattern is detected by the camera, the system alerts aquarium staff. The staff can then follow up on the welfare of the fish. Blue Planet Aquarium curator David Wolfenden, who invited Dr Sneddon to perform the trial of the monitor at the aquarium, said: “Blue Planet Aquarium houses some 4,000 fish species and we are always looking at ways to employ the latest state of the art techniques in animal health.This monitor has the potential to revolutionise the care of aquatic life in captive environments worldwide and it will be fascinating to the see the results of its first trial in a public aquarium.” The monitor trial will begin at the aquarium tomorrow, September 12, 2015. MORE