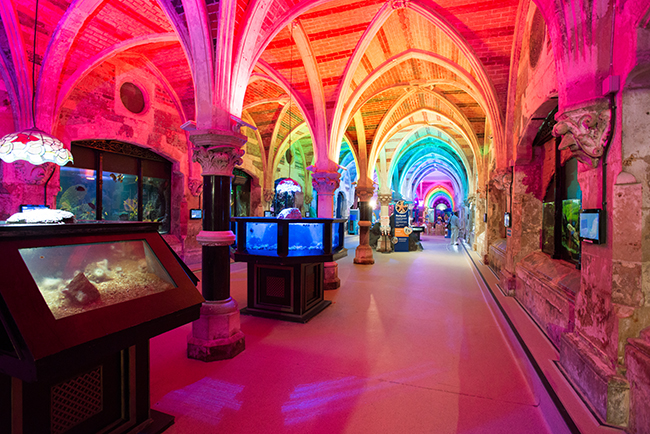 The fabulously lit Brighton Aquarium in the UK dates back to the Victorian period and is the oldest continually operating public aquarium in the world.

A few years ago I had the chance to visit ‘behind the scenes’ at this wonderful old aquarium and I thought I’d share some imagery.

Given that the aquarium was opened in 1872, it has some design challenges that make it a difficult site to operate, it’s also constructed from materials like cast iron, so whilst it was cutting edge in its day, its a long way from that nowadays. It is though, utterly charming, quirky, and very interesting.

The seawater tanks are fed from a large tank under the building that is, in turn, fed from the nearby sea twice a day; the water is then pumped up into the individual systems that, due to the limited space available (the aquarium is below street level and dug out of bedrock), means each tank requires individual filtration systems that keep the curatorial staff very busy. 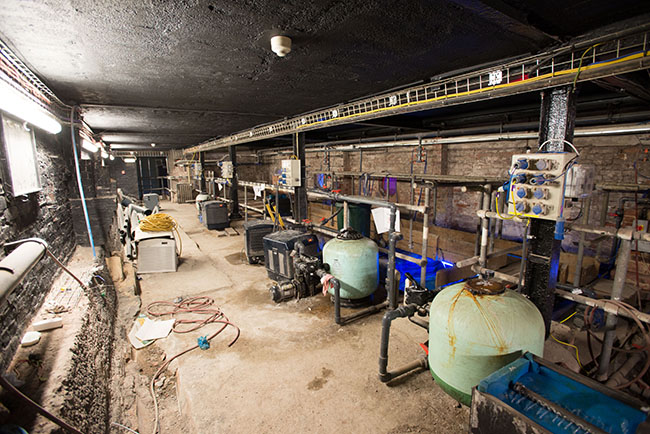 Behind the scenes and above the main avenue. Filtration is often straightforward though it gets very hot with all the power used – the chillers are a must! 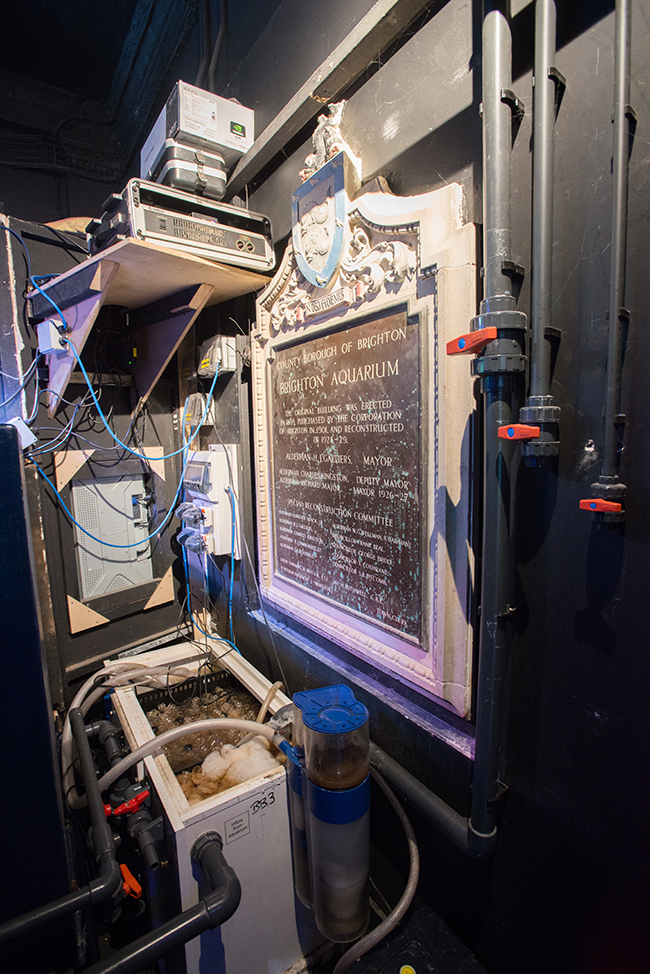 The original dedication plaque, preserved but hidden from view

Public aquariums have increasingly engaged with their visitors, and have encouraged them to come behind the scenes and learn how the systems are looked after.  At Brighton visitors can try their hand at water testing (kids love when the colors change), and can also see the skimmers and sand filters that keep the tanks going.  They can also, and for me this is such an important thing, get to meet the inhabitants up close and personal.

Along the main arcade are a series of shallow systems designed to mimic UK rock pools and like UK rock pools they hold various echinoderms, crustaceans and anemone species, the best thing is though that the public get a chance to touch or even handle some of the specimens.  Some people might find this problematic on a welfare level, but there’s always a staff member on hand and each animal is identified and its ‘handling time’ recorded and limited.  Each specimen is also rotated between ‘working’ tanks and holding systems in the back rooms.  Personally, I think such interaction as a way to get people to value their local seas is vital. 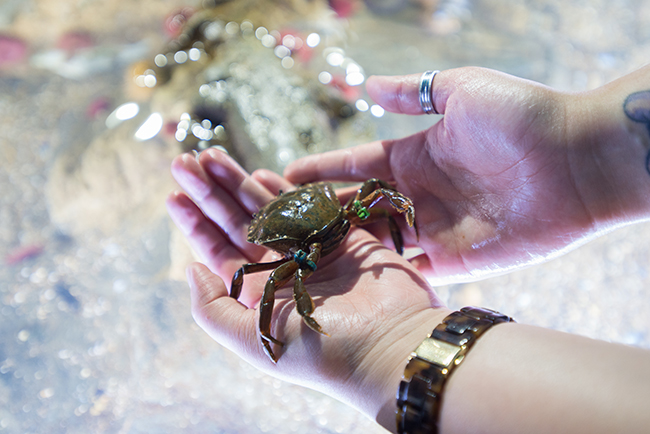 Brighton is a short train journey from London and well worth a visit.