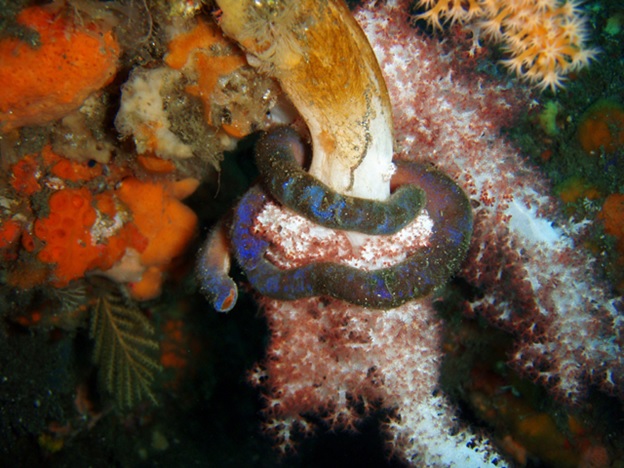 One of the most enigmatic and poorly known marine creatures is surely Epimenia—an animal so obscure and of such seemingly unspecialized morphology that most zoologists and aquarists would struggle mightily to correctly identify it. The larger taxonomic group to which it belongs was only discovered in 1875, and since that time, its phylogenetic relationships have stumped generations of researchers. In keeping with its obscurity, there is no real common name for these, so let’s coin one. Introducing… the amazing “worm-mollusk”!

As the name suggests, despite their remarkably vermiform appearance—particularly similar to the unsegmented ribbon worms of the Phylum Nemertea—these are actually mollusks! The Phylum Mollusca is one of the largest and most morphologically diverse branches of invertebrate life, including such familiar creatures as snails & sea slugs, clams & oysters, squid & octopodes, and chitons. These groups share several morphological characters: a unique rasping mouthpart known as a radula; a mantle that produces calcified plates/shells and that forms a cavity used in excretion and respiration; paired nerve cords. Another nearly ubiquitous feature is a muscular foot that is varyingly modified within the phylum (e.g. the arms of squids, the gliding “foot” of snails, the digging “foot” of clams). 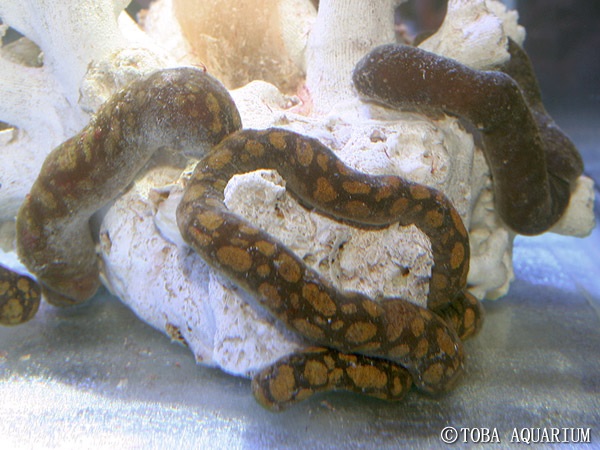 The 300+ species of worm-mollusks are traditionally united as the Class Aplacophora. Their classification as a distinct class highlights their evolutionary novelty, being analogous to the difference between a fish and a mammal in our own phylum. Despite their unassuming external morphology, this group shares most of the important molluscan characteristics. Their most obvious difference compared to more-familiar mollusks is the worm-like (=vermiform) body, which lacks any trace of a shell or plate (Aplacophora can be roughly translated as “without a shell” in Greek). In its place are subdermal aragonite spicules of varying number and arrangement that are held within an epidermis toughened by chitin, the same protein that gives arthropods their rugged exoskeleton.

The anterior end of the animal is seemingly unspecialized externally, lacking eyes and any obvious sensory organs (there are small papillae that appear to serve an olfactory role). The “mouth” is located internally within a small chamber that opens at the terminal tip.

There are two distinct groups of worm-mollusk that differ markedly in size, diet, and behavior. They have traditionally been assumed to form a single monophyletic group, but it has always been uncertain if the similarities in their bodies were just a result of convergent evolution caused by similar ecological specializations. Recent molecular studies have tended to place them together as a sister group to chitons, which is further corroborated by fossils that seem to blend chiton and worm-mollusk features. 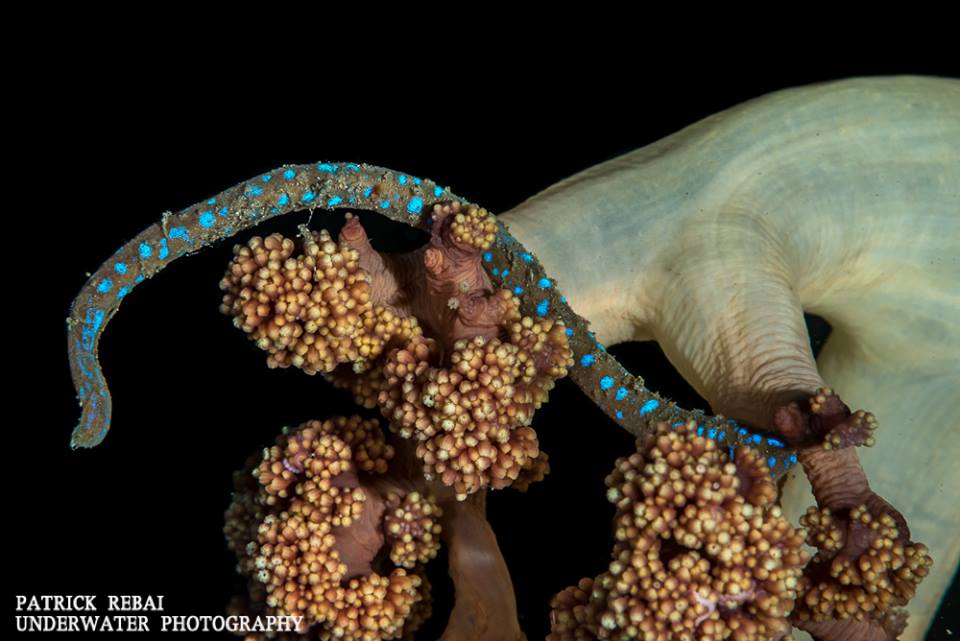 The Caudofoveata (sometimes known as Chaetodermomorpha) are small, burrowing detritivores, that range in size from 1-30mm. These are exceedingly common creatures in their preferred habitat, the deep, muddy floors of the continental shelves. Unlike any other known mollusk, caudofoveates lack a muscular foot, and they instead move with the aid of small calcareous spicules embedded and protruding from their skin in a manner not unlike a polychaete annelid might. These are essentially the earthworms of the molluscan world. 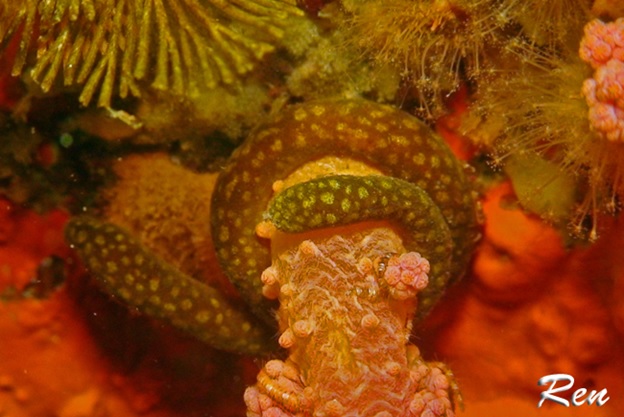 The Solenogastres (=Neomeniomorpha) are larger (up to 30cm long!) and non-burrowing (i.e. epibenthic). Unlike their caudofoveate cousins, they possess a thin muscular foot for gliding around in a snail-like manner. They are predatory on cnidarians and ctenophores, using a rather diminutive radula to pierce and suck fluids from their prey. These predatory worm-mollusks are not commonly collected by zoologists, and, in turn, relatively little detail is known about their biologies and life histories.

Most of the known Solenogastres are found far from tropical coral reefs, but a noteworthy exception is Epimenia, the “nephtheid worm-mollusk”. This genus has been documented throughout the Indo-West Pacific, were there are six described species: E. australis (Indonesia), E. arabica (Red Sea), E. indica (Indian Ocean), E. babai & E. ohshimai (Japan), and E. allohaemata (Korea). Sizes of at least 11cm in length and a width of 6mm are reported for E. australis, and up to 30cm for E. babai! These are the giants of the worm-mollusk world. Amongst its rather drab aplacophoran brethren, Epimenia stands out for the veritable rainbow of colors and patterns it can sport. Colors range from tan to reddish-brown, often with prominent blue-green iridescent blotches produced by the underlying aragonitic spicules.