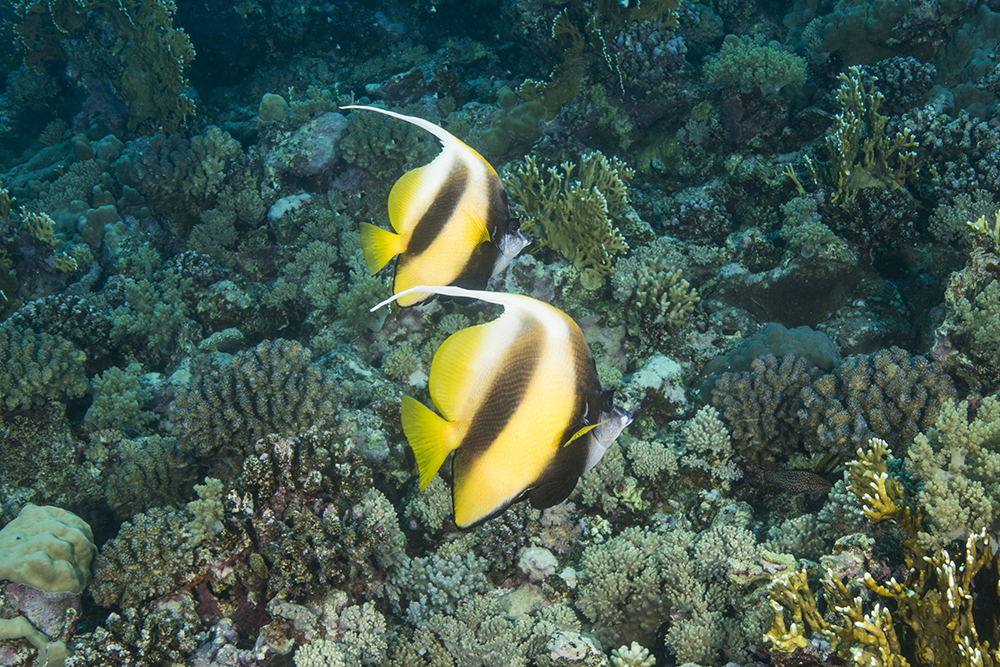 I’ve posted quite a bit about shipwrecks and just how fascinating they are.  Not just for their history and the stories of the people who traveled aboard them, but for their tendency to become reefs – and given their construction – to become very diverse reefs.  There are few reefs after all that have holds full of cave dwelling species only a few meters away from decking and walkways in high current, plankton-rich waters.  Here’s a wreck that is so far into becoming a reef, it’s hardly recognizable. 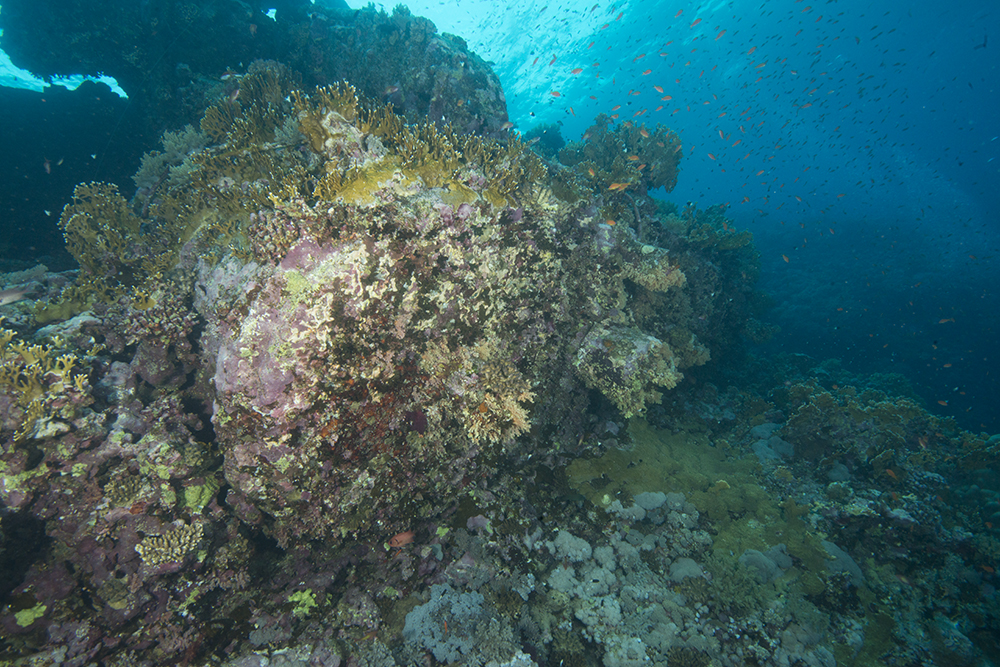 On the western end of a small island in the Red Sea known as Big Brother, shipwrecks are slowly merging with the reef.  The Numidia’s broken bow rests at around 20 meters and her stern is at well over 50.  The smaller vessel, the Aida, is revealed by a trail of debris left as she slid down the reef slope, her main superstructure starts at below 30 meters. 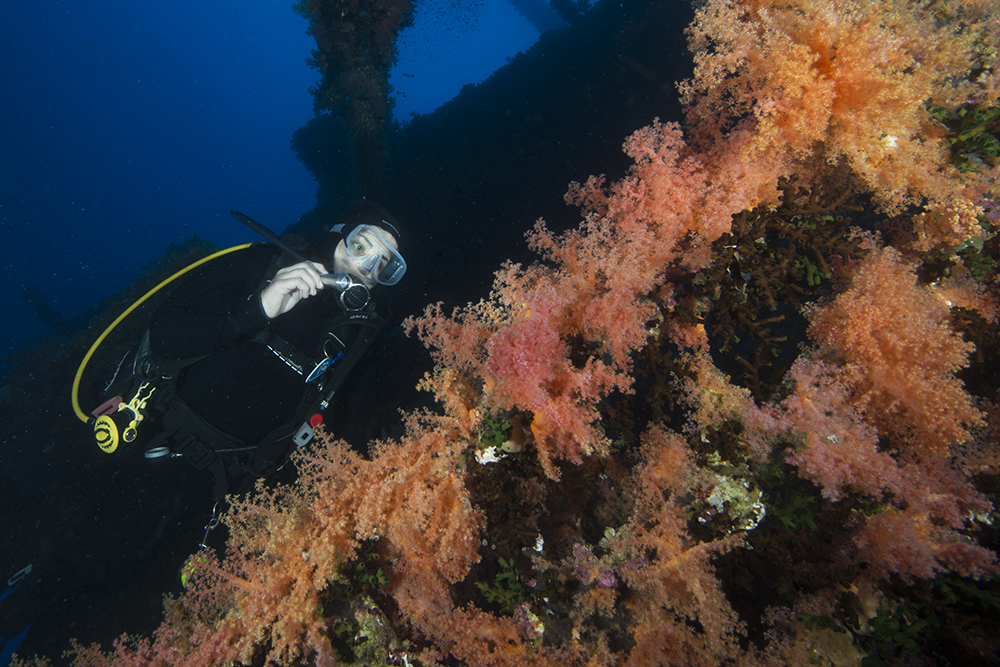 High currents and limited diver numbers mean these two old tubs are some of the most pretty in the Red Sea; both are covered in amazing amounts of life, from Tubastrea colonies to Neptheids.  To such an extent that it can be hard to separate wreck from reef in some locations.  Looking at the lead picture of this pair of Heniochus, it’s hard to believe that’s a shipwreck they’re swimming over. 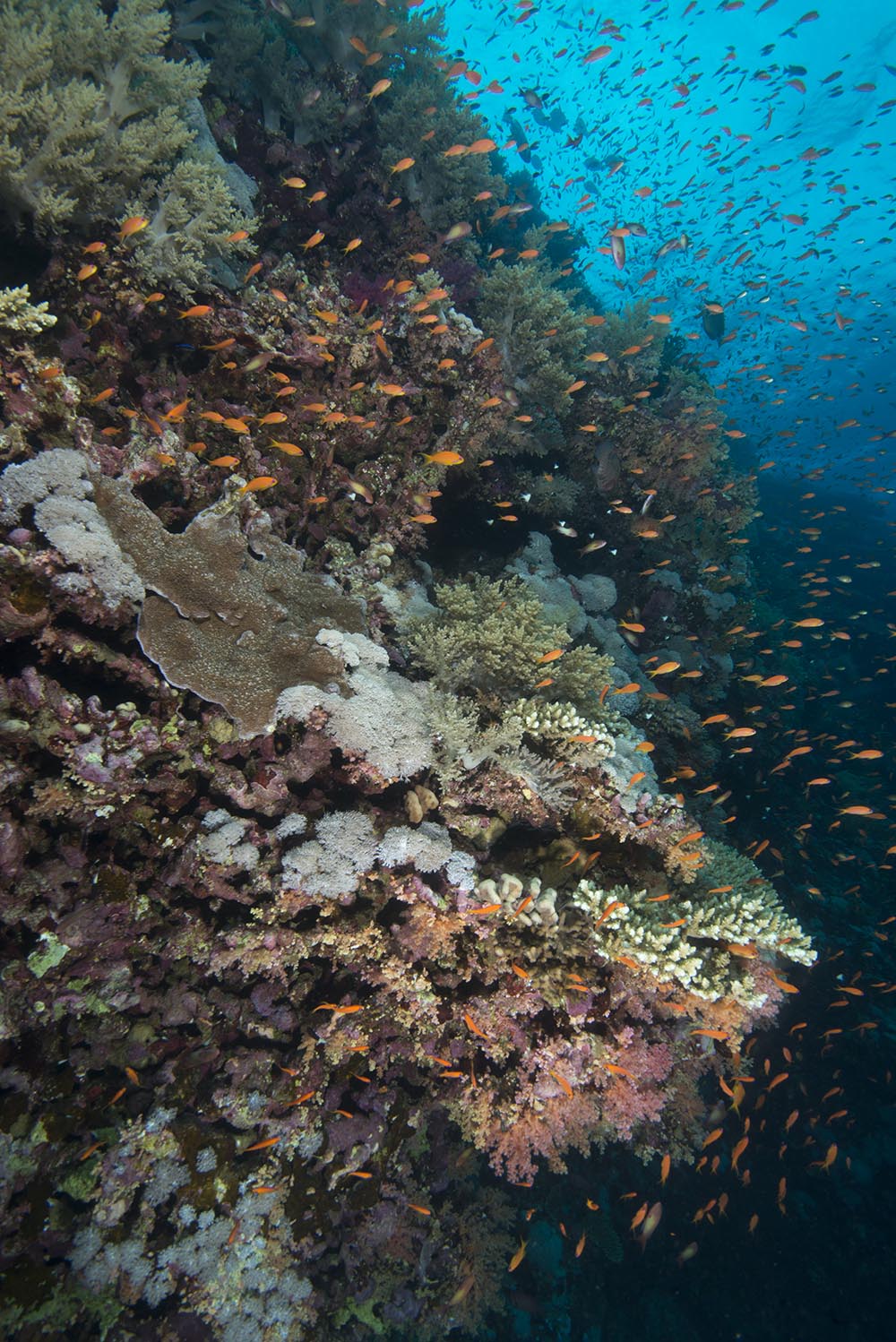 Take a look at this picture – isn’t it an amazing reef?  Well, yes, sort of.  Look carefully and there are a few straight lines underlying the coral.  Yep, that’s steel forming the structure of this reef.