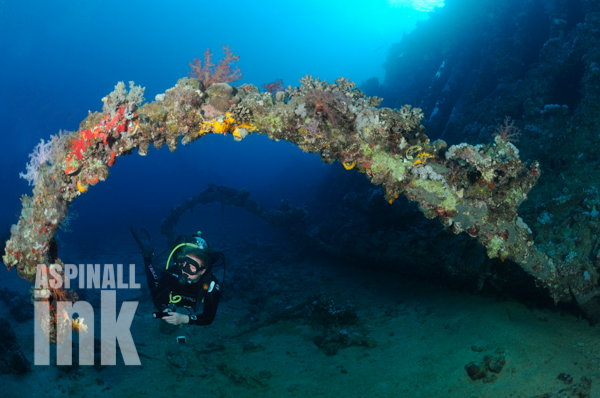 TV nature shows about reefs often mention how shipwrecks can become artificial reefs.  I thought I’d put together a post of some of my favorite shots that best show just how true this can be. 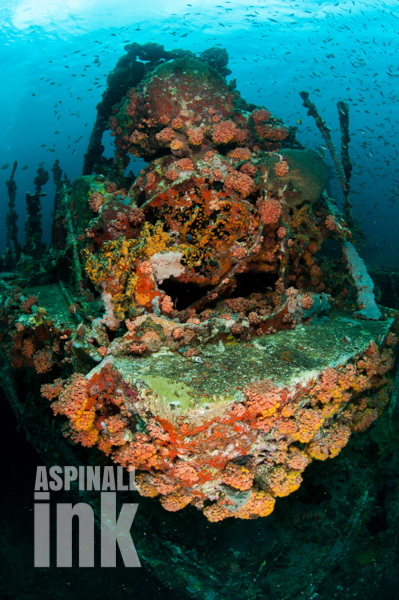 Shipwrecks are all unique, but for fans of marine life the best are the ones that sink in shallow water and stay intact. Even better are those that sink slowly, stay upright and don’t involve the loss of life. I’ve dived on many a wreck on which people died and it can be very sobering.

Some ships run aground on reefs and become very much part of the reef as they become encrusted in coral. Others end up on the comparatively dull sea floor and quickly become havens for life as a myriad of species settle out from the plankton and make the wreck their home.

My first wreck is a small one called the Veronica L in the rich waters of the Caribbean. This small old tub would never get the ‘wreckies’ over-excited, but just look at all that colorful life. I especially liked the moray that lived within a broken piece of superstructure now covered in life. The frogfish that I found resting near the deck winch was also pretty cool. 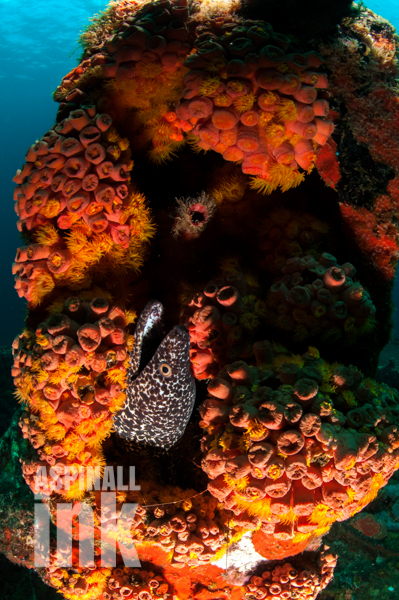 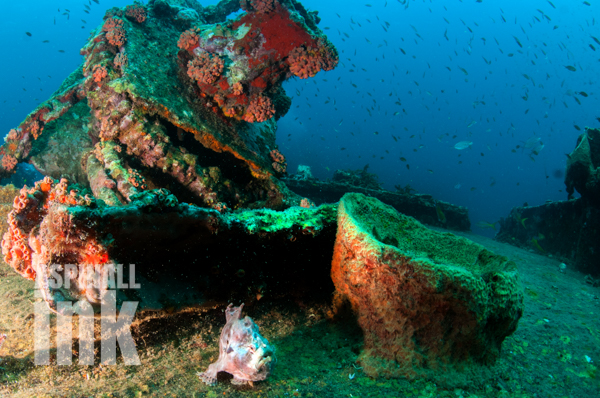 Quickly moving on: the Indian Ocean introduced me to a ship I cannot remember the name of, but it had another equally cool frogfish on the deck, that as you can see was superbly camouflaged. 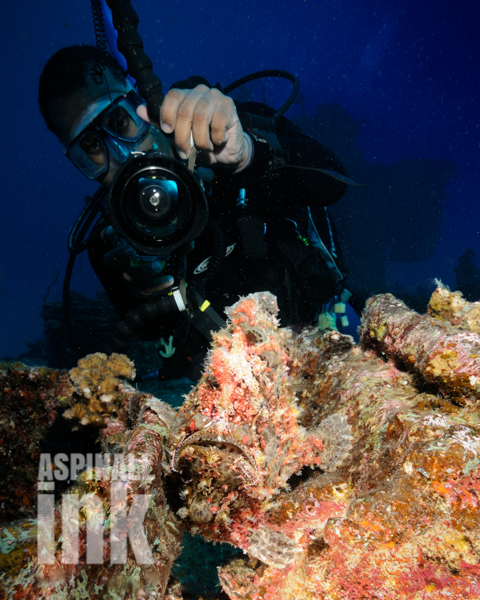 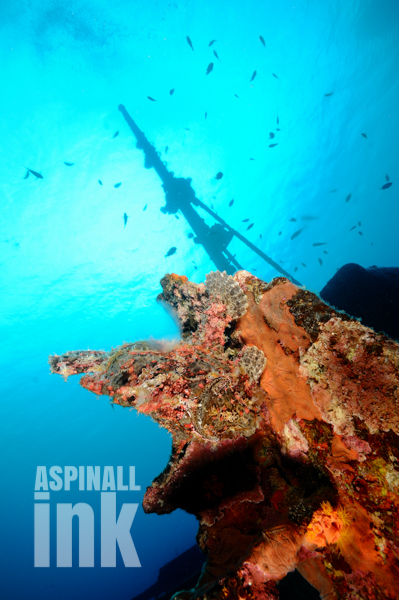 The wrecks of the Red Sea are equally wonderful. One of my favorites is the SS Carnatic.  The ship lies on her side, allowing sunlight to stream through the supports to her wooden deck (long since rotted away). Her lifeboat davits also make a great shot. 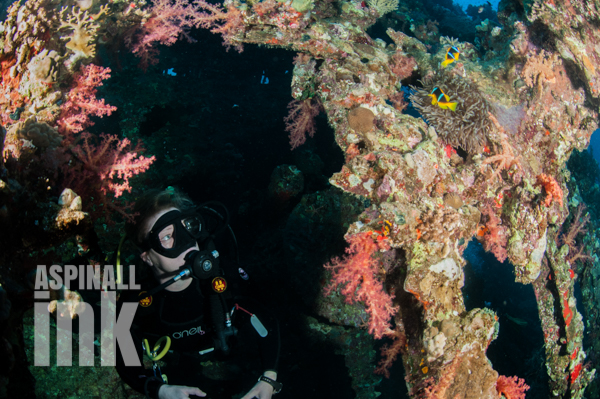 My final shot is another from the Red Sea that shows a shoal of batfish that have taken up residence around the mast of a sunken trawler, just outside the port of Hurghada. 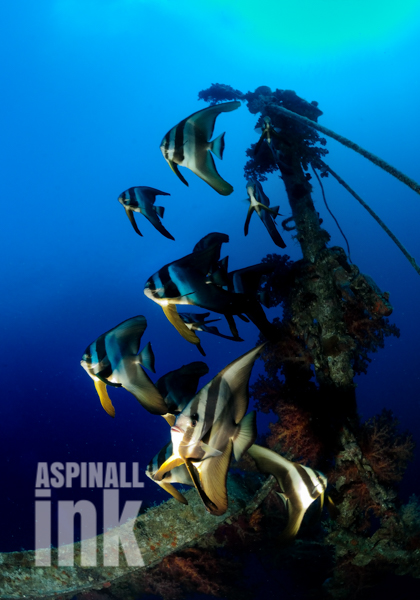 Not bad for scrap iron.