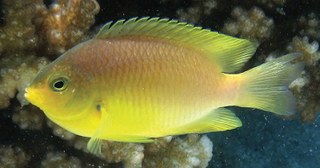 
Advanced cognitive functions (such as pattern building, recognition, and recall) are carried out in the neocortex of humans and other mammalian brains.  Fish lack a neocortex, yet a new study presented at the Behaviour 2015 conference discovered that damselfish (Pomacentrus amboinensis) are highly sensitive to even slight differences in facial patterns and are able to quickly assess and remember faces for both their own species as well as other fish species.

Researchers showed their test subjects (damselfishes) two images of two different fish, both photographed under UV light.  As marine aquarists know, fish patterns are often drastically more pronounced under UV or actinic lighting.  Science has also demonstrated that fish are not only able to see ultraviolet wavelengths but that sub-400nm spectrum plays a huge role in their behavior.  There is a reason why so much reef life biofluorescences.

Fishkeepers already know their fish can recognize one tank-mate from another, so this finding isn’t really all that earth-shattering to aquarists (although it’s always nice for our anecdotal experiences to be verified by the scientific method).  Whether fish can recognize human faces is not yet demonstrated, but based on their remarkable ability to discriminate intricate patterns, we would not be surprised if fish can differentiate one person from another.