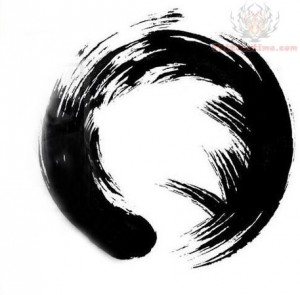 Like karma, Zen has become a popular internet buzzword. Facebook is full of pictures of people enjoying a relaxing walk, their breakfast or a cup of coffee, tagging it as their moment of Zen. Most of the time the photos that subscribe themselves to Zen have bastardized the word, its meaning and simply point out the original poster’s ignorance on the topic. So what is Zen? In reality Zen is a school of Mahayana Buddhism that originated during the Tang dynasty in China. It’s an entire body of religious study which has a host of different practices; meditation, daily liturgy services, funerals, etc. Like other religions, Zen has influenced art and literature, including books by noted western philosopher Alan Watts.

When we think about Zen in aquascape, often the first name to pop into mind is Takashi Amano, whose freshwater designs changed our perception of aquariums. Amano was able to create natural landscapes so authentic, from a distance they couldn’t be differentiated from mountain ranges, rivers and thick bamboo forests. What about Zen on the marine side of things? Has it been attempted? Is it as simple as re-creating a natural reef? Given the teachings of Zen, which include consciously understanding that everything is connected and that “just being” is a natural state, are all reef tanks in some way representative of Zen? 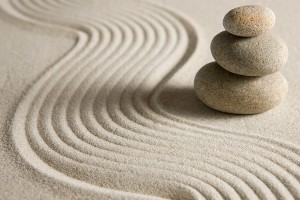 In the west Zen is often thought as a moment of relaxation, or mental clarity. It’s often connected with unwinding, settling and reflecting on the day (or perhaps life in general). In some ways these are accurate representations, but when trying to incorporate Zen into aquascaping the rabbit hole proves a bit deeper. Sometimes in the west a well pruned reef tank, or perhaps one where corals and rock are shaped like a bonsai tree are tagged a “Zen reef.” While they are certainly attractive, they don’t necessarily incorporate the fundamentals of Zen, at least not like some of Amano’s striking aquascapes.

Here in the United States, we have the terrible tendency of dumbing things down to sound bites, video clips and catch phrases. Much of our Zen inspired lifestyle (which ranges from clothing, to headphones, on up to dinnerware) has taken thousands of years of intensive study and reduced it to stylish emblems and simple designs. If we want to truly bring a notion of Zen into our reef aquariums, it may be vital to study the freshwater side of the hobby, unlocking the intricacies of carefully crafted Zen scenes.

Learning from the East:

It’s long been said that a Zen painter cannot properly paint the Christian crucifix. This is due to the straight lines of the cross, which work against Zen, which keys in on the natural curves and flowing lines of nature. A Zen painter wouldn’t paint a portrait of Buddha, but rather the natural and organic beauty of an open forest. In Zen, nothing is systematic or placed, nor is anything rigid and fixed. Everything ties together in a sort of natural harmony, emphasizing the way things organically fit together.

To this end, a reef aquarium is the perfect medium in which to create Zen. Corals grow under a variety of shapes, often reaching up toward sunlight. Certain species sway and react to their environment, reaching out into the water with a uniquely evolved and delicate motion. While we may not look at a natural coral reef and think of it as Zen, considering that many different species have congregated in one place without any sort of planned arrangement. In reality though, that is exactly what Zen is, the sudden and natural placement of nature itself. Nature often moves and evolves with no apparent rhyme nor reason. It’s capturing nature being nature that really emphasizes the harmony of Zen. 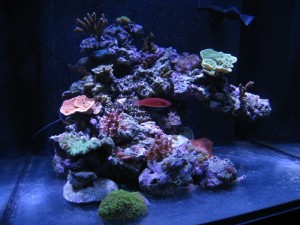 In reef aquariums we often place corals in a manner that both suits our personal taste, and also ensures that competing species won’t attack each other. In Zen, we wouldn’t necessarily place corals in any particular order, but try to emphasize their relation to one another. I’ve seen minimized reef aquariums that focus on one small patch of reef, with species of corals placed in a sort of size hierarchy with natural curves and organic flow. In some ways this introduces the observer to a Zen concept, perhaps something that brings about a unique mental connection with nature. 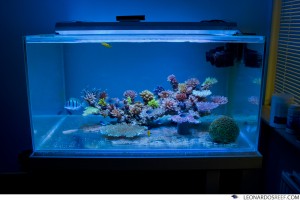 This may be the greatest sort of Zen we as aquarists can strive for. Creating a feeling of harmony with nature. One of Zen’s many ideals is realizing the inter-connected nature of man and nature, and emphasizing how everything we do is in connection to everything else. A minimalistic reef aquarium, which focuses on the natural curves and harmony of specific species may create a feeling of “Zen” when others stare upon it. It was this feeling of both simplicity and majesty that made Takashi Amano’s aquatic designs so striking, and his photographs so thrilling, even for non-aquarists. So it could be argued that to create a Zen reef, we are striving to create a connected feeling between the aquarium’s observer and the aquarium. Something that isn’t easily forgotten, but yet symbolizes the organic order of the natural world.

Why create a Zen aquarium?

It is important not to confuse Zen with Feng shui, which is a Chinese philosophical harmonizing everything with its surrounding environment. Feng shui focuses on energy patterns and flow, bypassing negative energy (or bad luck) and welcoming good energy (good luck). Zen is simply about natural flow and connection, allowing nature to do much of the work for you.

A Zen aquarium isn’t something that every aquarist will desire to strive for. For some it may be a chance to do something entirely different, and for others it will allow a detailed level of design, much like pruning a bonsai tree into a delicate shape. Though Zen doesn’t only apply to the look and feel of the aquarium, nor only to how the observer responds to it. There is much Zen in the way we maintain water quality, as each element is deeply connected to the other. Alkalinity influences ph, calcium and other elements within the tank; as does salinity, temperature and nutrient load. In a certain sense having a successful aquarium is a sort of Zen, as a group of complex organic systems must be working in unison together, bringing a reef aquarium to a state of harmony. Bringing that harmony to the forefront of visual appeal in the aquarium is a goal for only the most mindful and contentious marine aquarists, as like Zen the religion and lifestyle, it requires a great amount of contemplation and thought.