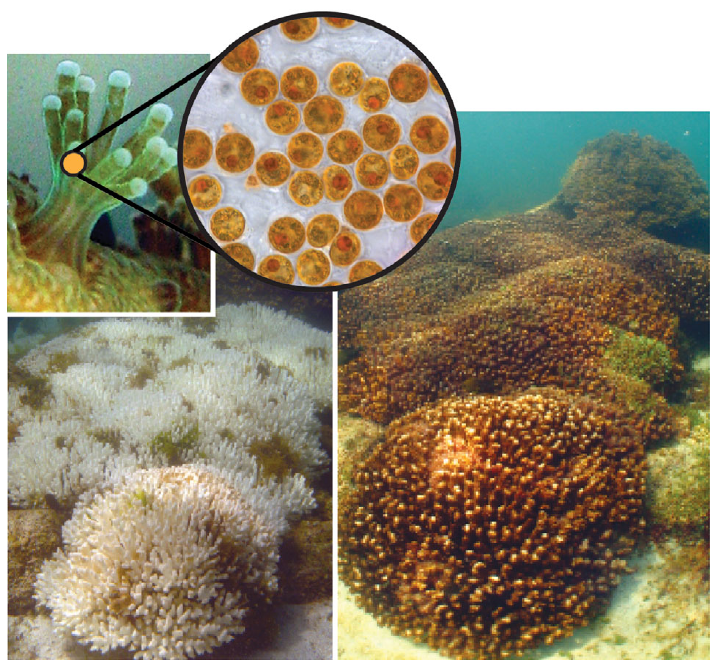 
Environmental changes, if severe enough, can cause coral to bleach and expel their zooxanthellae. Under these conditions, one would think that if a more temperature-tolerant Symbiodinium species inhabited a coral, it would become the new dominant species. This is not the case, however, at least with eastern Pacific Pocillopora spp. corals.

Research undertaken by McGinley and others from the University of Delaware, the Florida International University, and The Pennsylvania State University document these findings in the paper “Symbiodinium spp. in colonies of eastern Pacific Pocillopora spp. are highly stable despite the prevalence of low-abundance background populations.”

This finding have serious implications for coral as climate change takes place. If certain coral species have a low propensity for switching Symbiodinium, even if conditions favor a more temperature-tolerant species, they will not last as long as coral that are willing to switch.