As we have been reported in largely real time, the Flower Garden Banks National Marine Sanctuary has been in the throes of a generalized invertebrate mortality event of unknown origins. For background on the situation, these two posts should bring you up to speed: First and Second update. 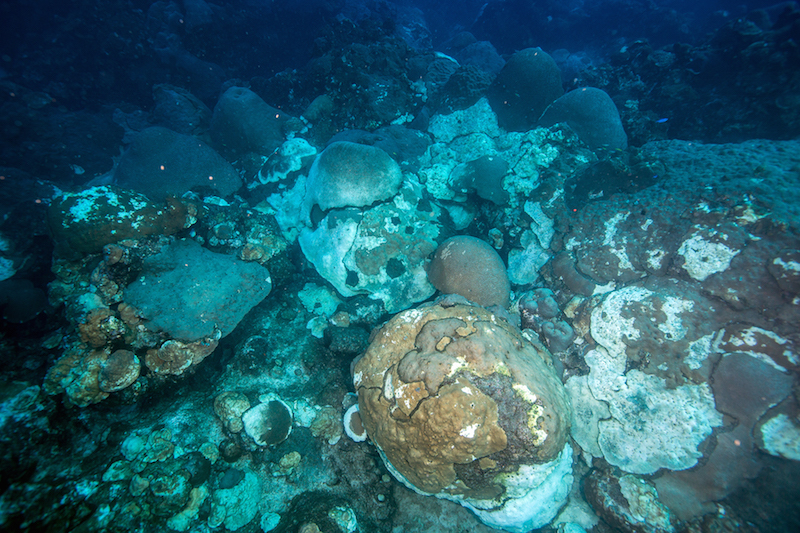 Emma Hickerson, the Research Coordinator for the Flower Garden Banks National Marine Sanctuary, sent a detailed note to the coral science community late last week to announce that the mortality in the sanctuary appears to have ceased. That’s the good news. All tolled, the damage, despite its severity, remained geographically confined to approximately 6.5 acres of the reef cap, or less than 7% of the reef shallower than 90 feet. In this 6.5 acres, between 15% and 70% of previously living coral coverage was affected by mortality. No estimates of impact on other invertebrates such as sponges, echinoderms and arthropods are available yet.

Please see this NMS response update for some amazing video detailing the impacts.

The real issue at the moment is still the mystery of a root cause responsible for the event. Samples from the cruise late July cruise are still being analyzed, while Texas A&M University has also deployed a glider that will continue to performed transects at the site. Word is that the University of North Carolina has taken tissue samples of unaffected and affected sponges and corals for analysis. Hopefully this will be the last blog post on this particular coral reef nightmare until we get some information on a cause.